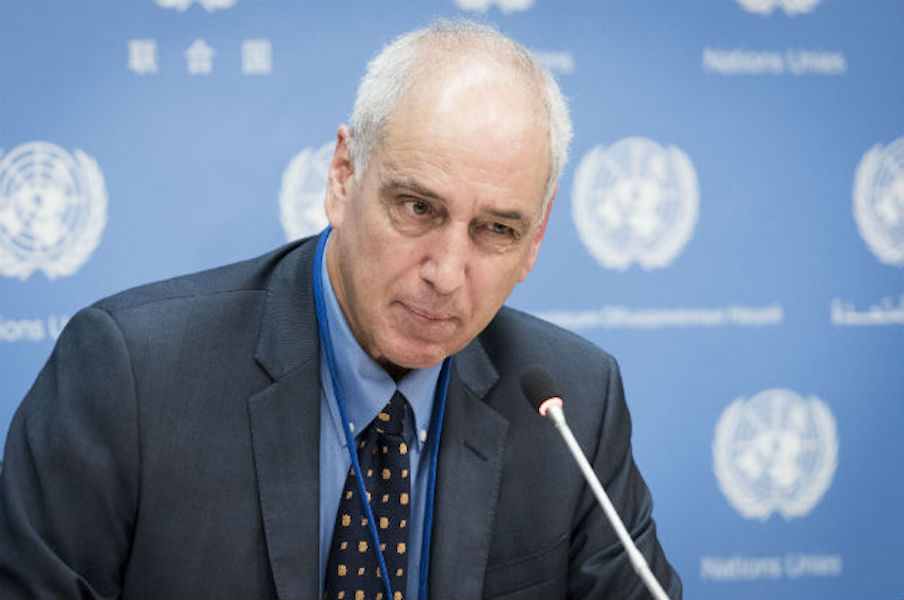 The Palestinian Return Centre (PRC) condemns the smearing and slandering attacks published by Israel-funded organisation UN Watch against UN Special Rapporteur Michael Lynk and PRC. The organisation which works under the direction of Israeli Foreign Ministry and Ministry of Strategic Affairs is heavily engaged in improving the "image" of Israel Internationally, with particular focus on United Nations.


UN Watch, led by notorious Hillel Neurer, has launched a smearing campaign against Mr. Lynk and is pressuring the university where he teaches to cut his funding.

Dr. Amit Chakma the president and vice-chancellor of Western University, Ontario (Canada), where Mr. Lynk is employed, has already refused the accusations made by UN Watch.

Dr Chakma has rejected the allegations, and in a statement accuses UN Watch of making ‘misleading’ claims against Mr. Lynk:

“Contrary to the misleading inference made in your letter, it should be noted that Professor Lynk is among at least 10 Special Rapporteurs who have, in the spirit of full transparency, disclosed that they received in-kind support from universities around the world in 2016 in relation to their respective UN mandates.”[1]

After failing to obtain that the university retracts funding to Mr. Lynk UN Watch further attempted to discredit the Special Rapporteur for having met with PRC in London, which is an NGO with ECOSOC special consultative status. It is a normal procedure for UN Special Rapporteurs to meet with civil society.

In a press release dated July 25th 2017 posted online and on social media, UN Watch attacks Mr. Lynk for meeting PRC because it is “Hamas front group” and that one of its employees is accused of being an “anti-semite”. [2]

PRC condemns these false allegations against the organization and its employee. UN Watch’s claims are not backed by any serious or concrete evidence. PRC supports Mr. Lynk’s statement responding to UN Watch as he states "UN Watch does not have a high reputation among the international human rights community.”[3]

As exposed by a Spinwatch report,[4] Israel is actively seeking to mislead the UN and the international community by running smearing campaigns through groups such as UN Watch and NGO Monitor.