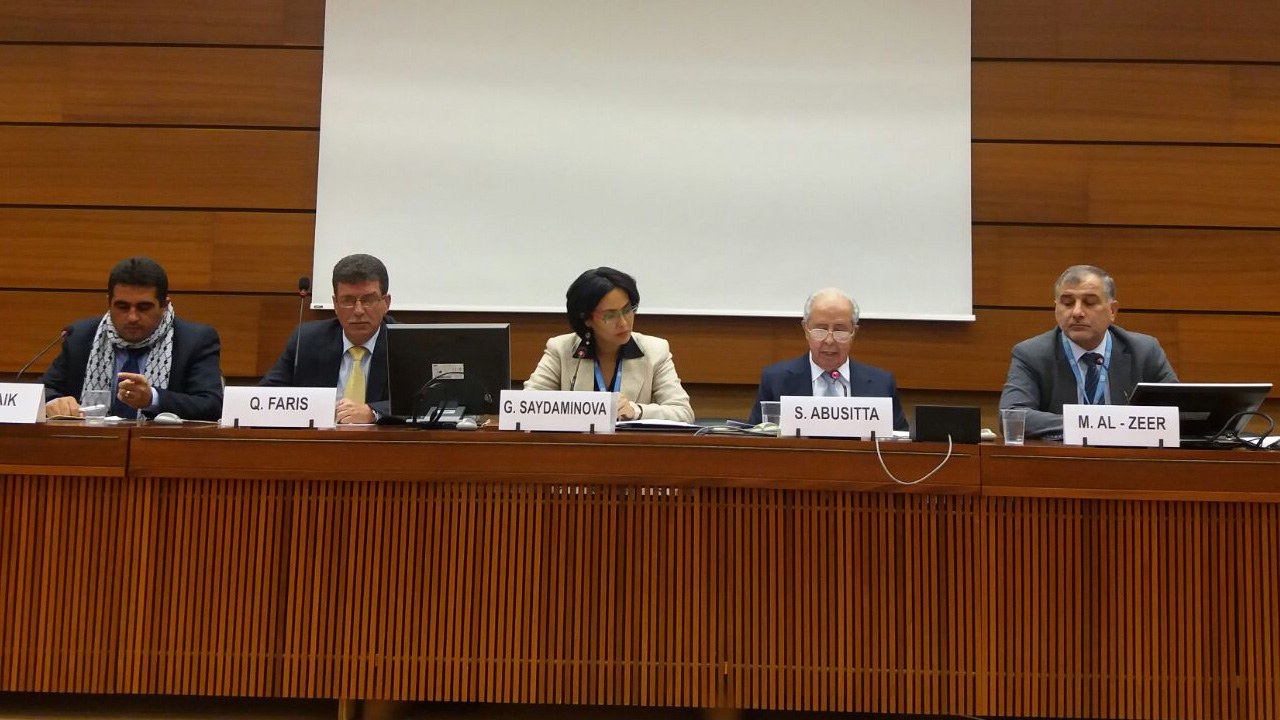 The Palestinian Return Center (PRC) organized a panel discussion on the sidelines of the 36th Session of the UN Human Rights Council in Geneva.

The session focused on the centennial of Balfour Declaration and Britain’s responsibility of it, where participants urged Britain to apologize for its declaration, which left millions of Palestinians homeless and created endless calamities.

Professor Salman Abu Sitta, member of PRC’s Advisory Board, presented a historical presentation since the Balfour Declaration until 1948, in which he discussed Britain's role in consolidating the establishment of the Israeli occupation state and committing massacres against the Palestinian people.

Abu Sitta requested an urgent apology from Britain and a financial compensation to the Palestinian people, for the damage and destruction that took place over the course of 100 years.

During the discussion, president of the Palestinian Prisoners’ Club, Qadoura Fares, criticized Britain's refusal to apologize. He stressed that the Palestinian public inside the country and in the diaspora, fully agreed on the need for Britain to take full responsibility.

Majed Al-Zeer, Chairman of the Palestinian Return Center, referred to the work of civil society institutions and human rights defenders and their role to put pressure on the British government, which is still denying its colonial history.

The meeting was co-chaired by human rights expert Gulnoz Saydaminova, Senior Human Rights Researcher at Geneva International Centre for Justice (GICJ), and Badie Dweik, Founder and Coordinator of Hebron Human Rights Defenders (HRD), who gave a detailed account of human rights violations in the West Bank, especially Hebron, committed by the Israeli occupation and its settlers.

Short Link : http://bit.ly/2A4HRu4
Tags
Next Article
Abu Sitta: There will be No Peace in the Region without Palestinians' Right of Return
Previous Article
PRC Delivers Statement in front of Human Rights Council over PRS Issue
Most Views
Related Posts