Abu Sitta: There will be No Peace in the Region without Palestinians' Right of Return 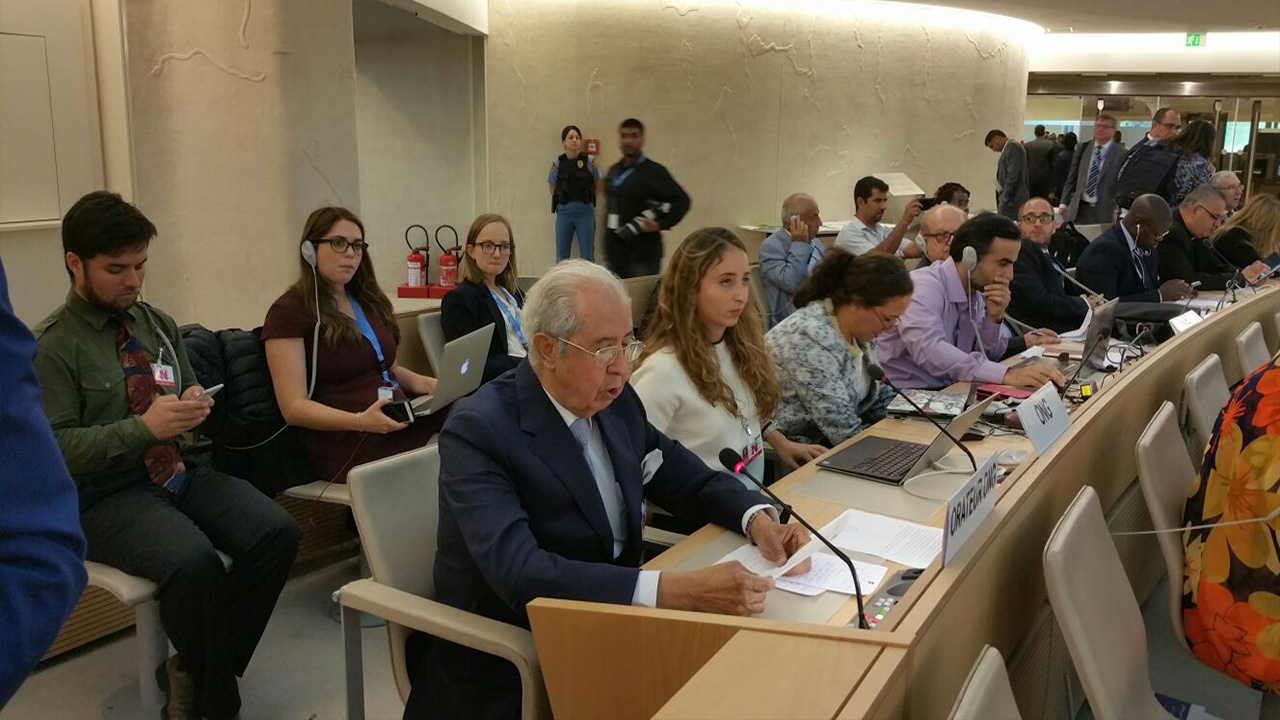 Professor Salman Abu Sitta delivered, yesterday 25th September, the Palestinian Return Center’s oral statement in front of the Human Right’s Council during the Item 7 General debate session, which is devoted to discuss the situation in the occupied Palestinian territories

Abu Sitta, the member of the Advisory Board in the Palestinian Return Center, stressed on Israel's responsibility for committing grave violations against the Palestinian people since 1948, displacing 675 villages and leaving two-thirds of the Palestinian population homeless, noting that these attacks affected the Palestinians even in places of refuge outside Palestine.

Abu Sitta explained that the series of violations are long and extended; including the siege of Gaza, the separation wall in the West Bank, as well as procedures of discrimination and apartheid, ethnic cleansing and the attacks on religious and heritage sites.

Abu Sitta stressed on the need to stop this tragic situation and find real solutions, especially 100 years after the Balfour Declaration and 70 years since the occupation of Palestine. He concluded that there will be no peace in the region without guaranteeing Palestinians their rights to self-determination and to return to their homeland as repeatedly stated in UN resolutions.