Abu Sitta: UNHRC Will Only Give Human Rights their Worth by Forcing Israel to Respect International Law 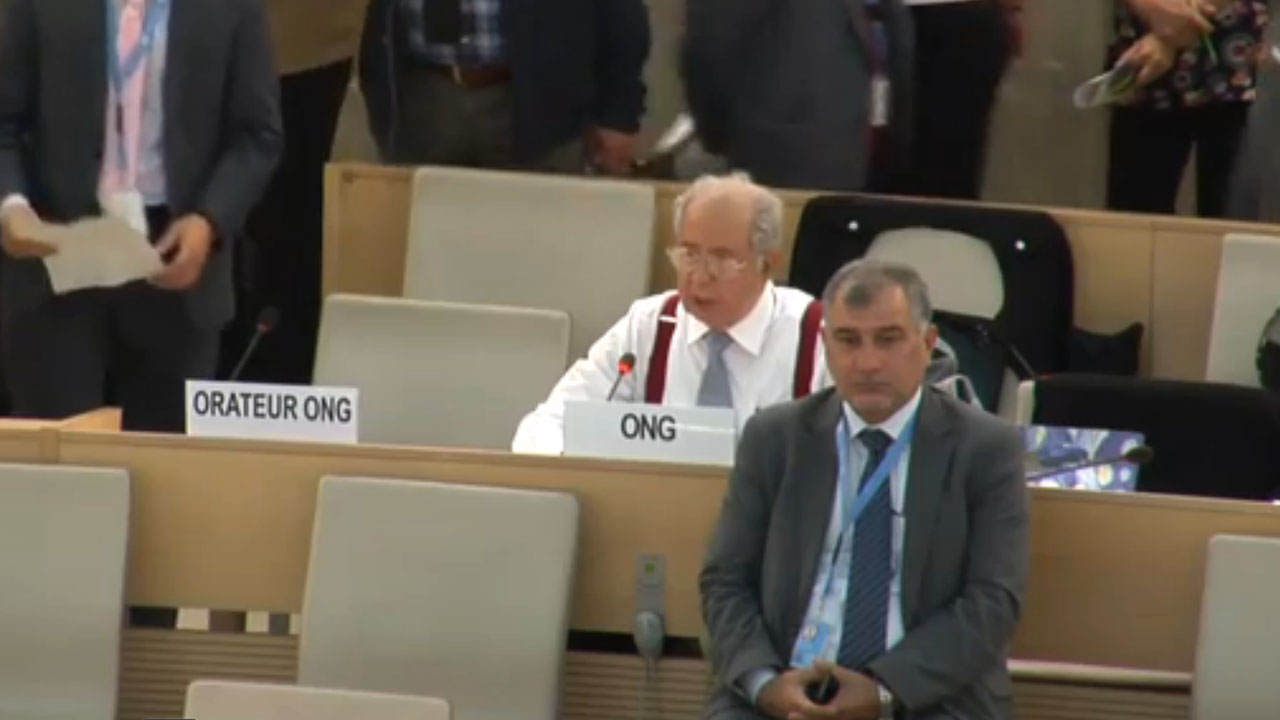 Abu Sitta began his speech by saying: “There has never been in the history of colonial movements, more sinister ideology and practices of racism than that applied consistently on the Palestinian people for 100 years by Zionism and the state of Israel”.

He also explained that the ethnic cleansing and expulsion of more than 675 thousand Palestinians in 1948 was a major crime followed by many other crimes, foremost among which is depriving Palestinians of their right to self-determination and to return to their lands.

Abu Sitta referred to ESCWA report which affirmed that all Palestinians are victims of Israeli racism, whether in the territories of 1948, West Bank, Gaza or Jerusalem, as well as the refugees living abroad. He added that every single Palestinian in the past, present and likley the future are all potential victims if no limit is made.

Abu Sitta concluded his speech by stating that if the Human Rights Council will only give human rights their worth, it must apply strictest sanctions against Israel until it desists from violating every single article of the international law.

This statement came at the end of a series of contributions made by the Palestinian Return Center during the 36th session of the Human Rights Council held in Geneva, which included four oral statements and a seminar on the centennial of Balfour Declaration, as part of PRC’s activities as a consultative member with the United Nations Economic and Social Council since 2015.