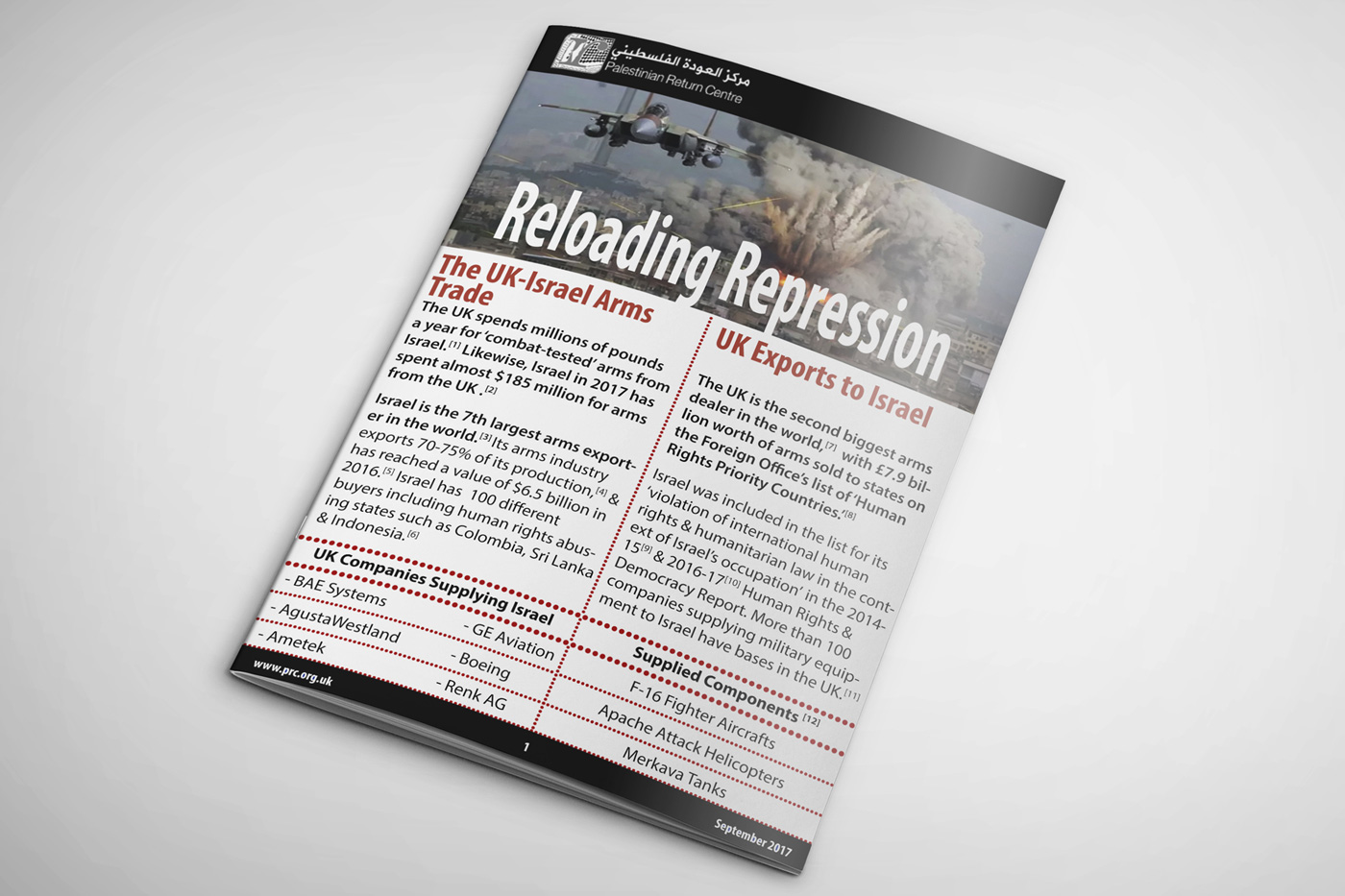 The Palestinian Return Centre (PRC) publishes a factsheet exposing the UK’s support for Israel’s repression of Palestinian rights. as the latest continues to export arms to Israel, in a flagrant violation of its own guidelines, fueling the oppression of the Palestinian people.

The UK Government continues to exports arms to Israel, in a flagrant violation of its own guidelines, fuelling the oppression of the Palestinian people.

PRC calls on the Government to implement a comprehensive and immediate arms embargo on Israel.

The state of Israel continues to impose a military regime to maintain its oppression of the Palestinian people. PRC expresses grave concern at the UK's complicity in Israel’s ongoing and systematic violations of international law.

Despite Israel’s unlawful use of force, the British government continues to collaborate with Israel’s army and military industry, by licensing arms exports to and from Israel.

PRC deplores the lack of justice and accountability for the Israeli attack on the Occupied Gaza Strip in July-August 2014, in which 2,205 Palestinians (including 521 children) were killed.

Israel was included in the list for its violation of international human rights and humanitarian law in the UK Government’s Human Rights and Democracy Report for the years 2014/15 and 2016/17.

Companies in the UK supplying Israel include:

Short Link : http://bit.ly/2Ca8Ndp
Tags
Next Article
PRC opens the door for those who wish to hold a screening event for (100 Balfour Road) short film
Previous Article
Abu Sitta: UNHRC Will Only Give Human Rights their Worth by Forcing Israel to Respect International Law
Most Views
Related Posts 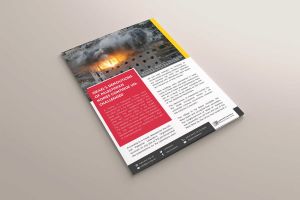 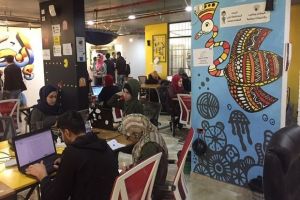 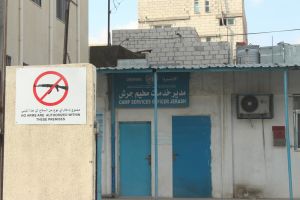