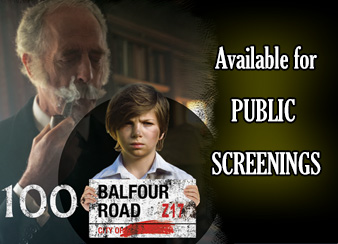 As the centennial of the infamous Balfour Declaration approaches, the Palestinian Return Centre (PRC) opens the door for those wishing to hold a screening event for (100 Balfour Road) short film.

The film aims to raise awareness of the disastrous effects of the Balfour Declaration on the Palestinian people by dramatizing it as a traditional British family story, suitable for family viewing and free of violence.