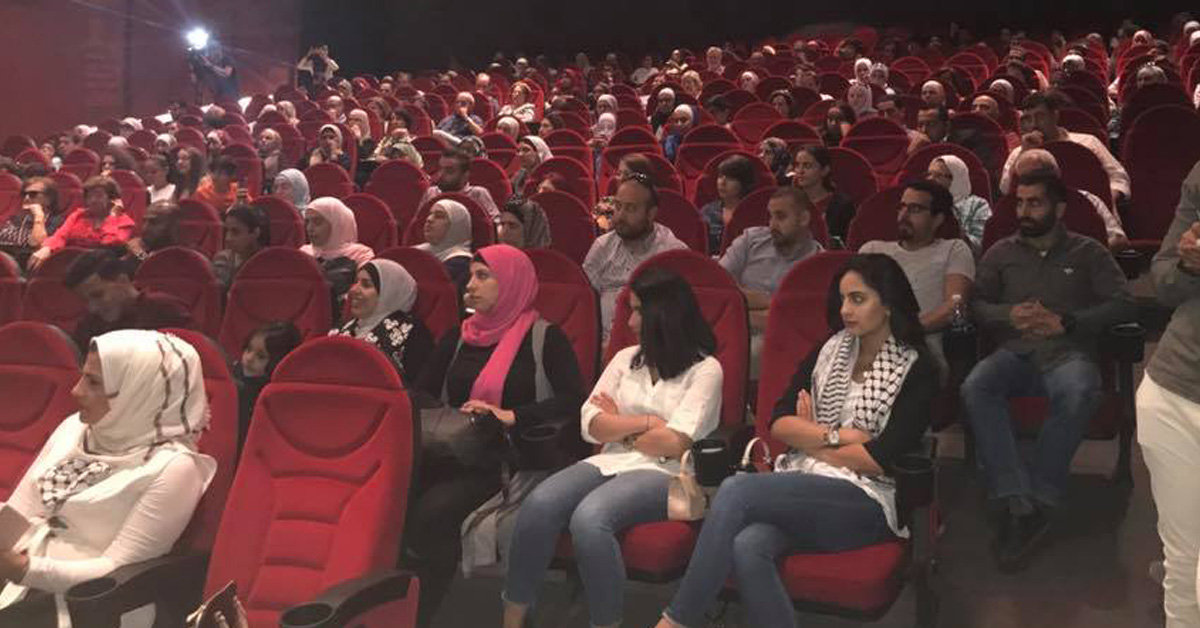 "Raaji" Center in Jordan, in collaboration with the Palestinian Return Center, held the first screening of the film "100 Balfour Road" in the Hashemite Kingdom of Jordan on Thursday, September 21st, 2017 at the Rainbow Cinema in the capital Amman.

This came concurrently with the centennial of the Balfour Declaration, which is happening these days, in the presence of a large and diverse crowd of more than 300 people.

The screening was followed by a discussion session with the speakers: Dr. Anis Kassem, PhD in law from George Washington University USA and a member of the Palestinian defense lawyers team before the International Court of Justice in the Israeli Wall case, Dr. Ali Muhafazah, Honorary Professor of History at the University of Jordan and the former President of Mutah and Yarmouk Universities. And the Palestinian filmmaker Rawan Al-Daman as a moderator.

Dr. Ali Muhafazah discussed the Balfour Declaration from a historical perspective. He also spoke about the origin of the idea of immigration to Palestine as a religious cover for colonial purposes.

Dr. Anis Kassem discussed the legal perspective of Balfour's statement and its impact on drawing the course of the Palestinian issue until now, in addition to how the Zionist movement was able to convert the text of the Balfour letter into a colonial state.

Rawan Al-Daman highlighted the importance of the digital media role in gaining international support and backing for the Palestinian cause.

This event comes as part of activities taking place around the world where the 100 Balfour Road short film is being shown. The film, produced by the Palestinian Return Centre and Balfour apology campaign, aims to raise awareness of the tragic consequences of the promise on the Palestinian people and the extent of British responsibility.