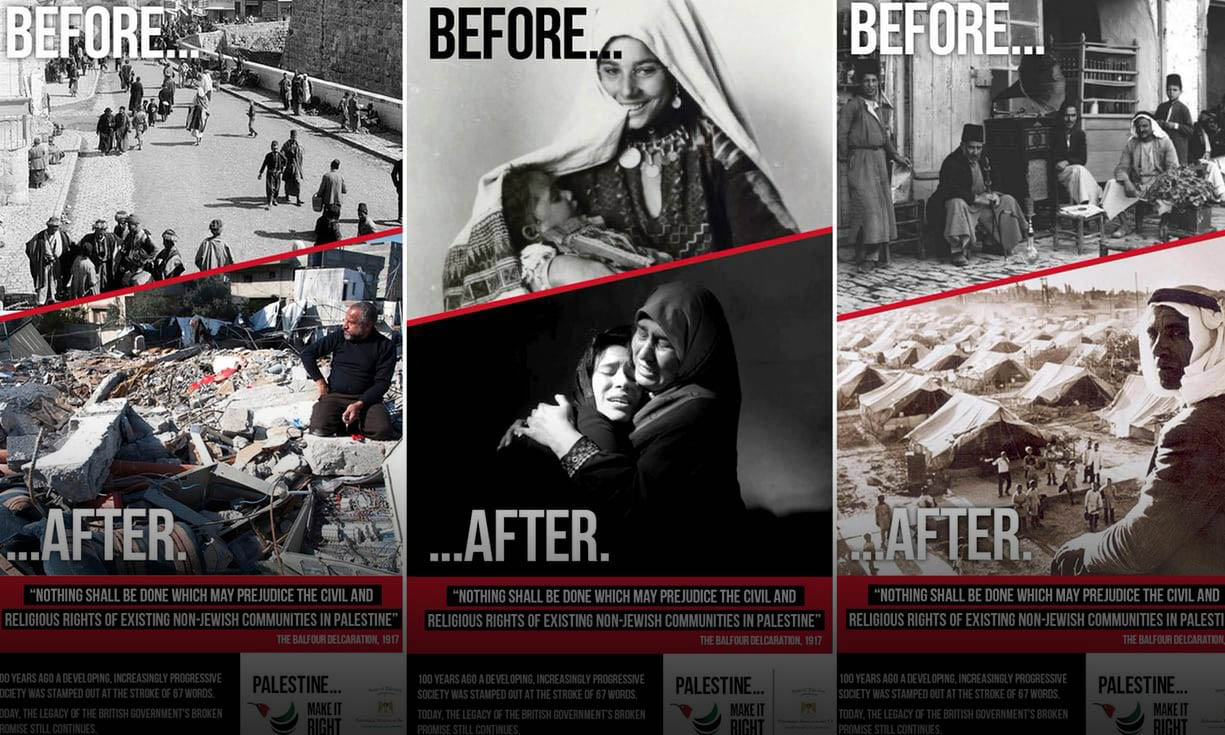 The Palestinian Return Centre (PRC) has written a letter to the Mayor of London, Sadiq Khan to protest against Transport For London’s decision to ban advertisements displaying Palestinian objection to the Balfour Declaration.

The advertising campaign was allegedly rejected under clause 2.3 (h) of the Advertising Policy, referring to “images or messages which relate to matters of public controversy or sensitivity”. However, we would like to emphasize the remainder of the same clause which states “advertisements which are calculated to promote the right to life, liberty and security of the person, and advertisements which reasonably promote causes which are not party political, will however not normally be disapproved on this ground”. The campaign is wholly factual in content and voices the abuse of rights of the Palestinian people with the purpose of calling attention to their liberty, or lack thereof.

Additionally, we seriously question the rejection of the advertising campaign under this clause, given the TFL’s support of a 12-month BAE systems campaign at Westminster tube station. BAE systems have been known to supply Israel with ‘Head-Up Displays’ (HUD) for F16 fighter aircrafts, which have been used by the Israeli army to destroy Lebanese and Palestinian villages and towns into rubble. BAE system’s products also include radar systems, handcuffs and shackles used in Guantanamo Bay and Saudi Arabia. TFL and Greater London Authority’s Sponsorship explicitly states under clause 5.5 (f) that “The Authority will not enter into agreements for sponsorship from organisations deriving income from pornography, or immoral activities.”

Britain has a legal and moral responsibility to take tangible restorative action and give the Palestinians basic rights and self-determination, but this ban only acts to censor the Palestinian narrative. We condemn the decision to reject this advertising campaign, and urge you to reverse this ban in the interest of promoting the right to life, liberty, and security, as is set out in TFL’s Public Sector Equality Duty 5.5 (f).