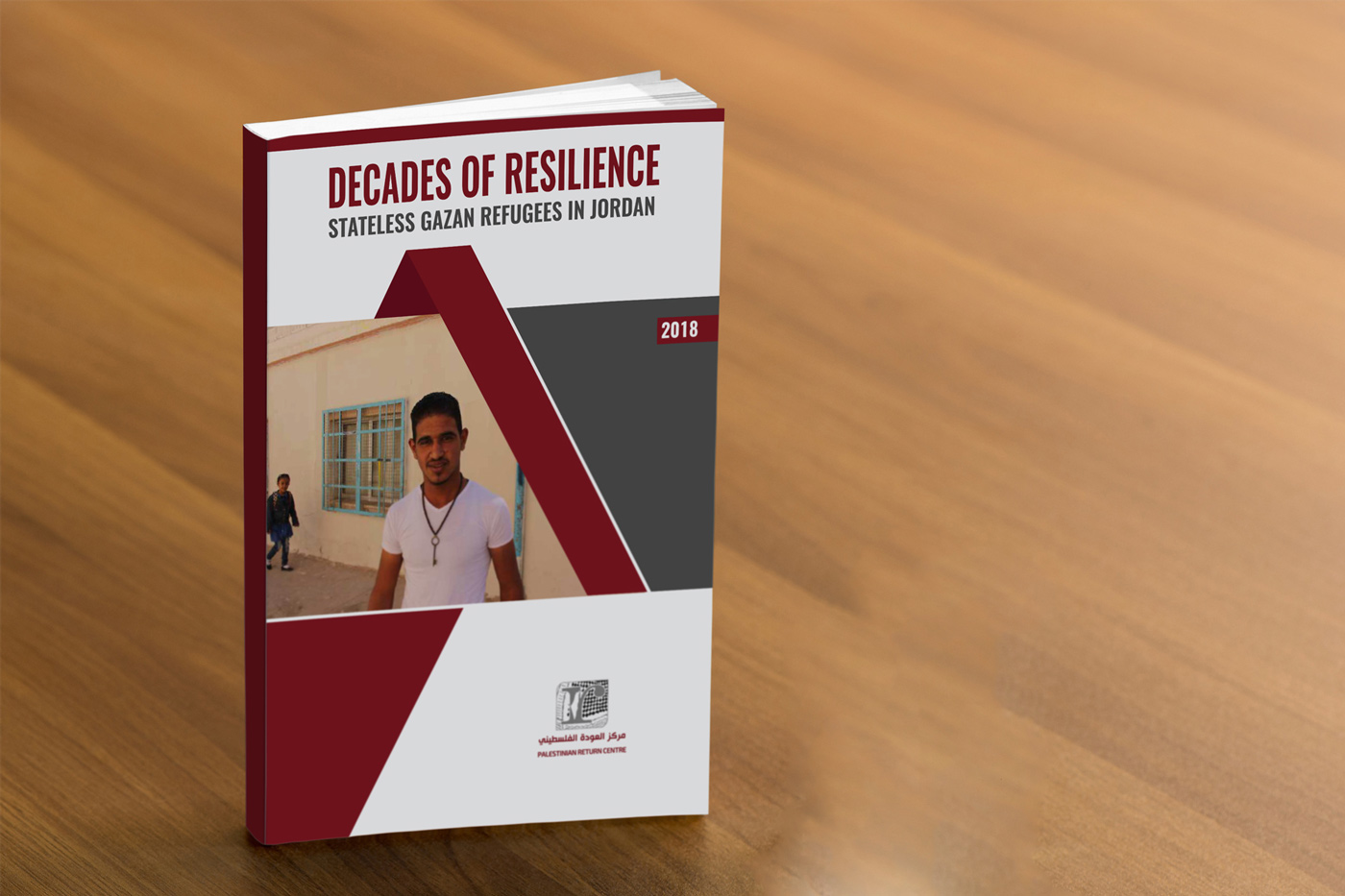 June 5th 2018 marked the 51st year since the 1967 Israeli colonial occupation of the remaining parts of Palestine (Gaza Strip and West Bank, including East Jerusalem). On this occasion the Palestinian Return Centre (PRC) launched its latest report titled 'Decades of Resilience: Stateless Gazan Refugees in Jordan.' The report is the culmination of a nine-month investigation, which included ethnographic fieldwork conducted in UNRWA-administered Palestinian refugee camps in Jordan. Gazan refugees were displaced to Jordan after the 1967 Israeli occupation and remain today a stateless and marginalized community, being denied a variety of rights including the right to return to Palestine.

This report will firstly introduce the numbers and demographics of Palestinian refugees, specifically Gazans in Jordan. Secondly, the report looks at the status, and the resulting struggles faced by Gazan refugees. In the section titled ‘Gazans and the Struggle for Documentation,’ the international, regional and national law pertaining to Gazan refugees in Jordan and the legal status that they have obtained will be analysed. At the same time, this section highlights the discrepancies between domestic law and Jordan’s regional and international obligations. Thirdly, the report will discuss the variety of socio-economic difficulties that result from Gazans’ lack of documentation. This section, titled ‘Gazans and their dismal living situations’ illustrates the decaying infrastructure within the camps and the underlying factors behind the problem of intergenerational poverty among Gazan refugees, including inadequate healthcare services, restricted education and employment opportunities. The report concludes with a list of recommendations directed at the Jordanian government, UNRWA and the international community as a whole on the necessary actions to be taken to positively affect the lives of Gazan refugees.