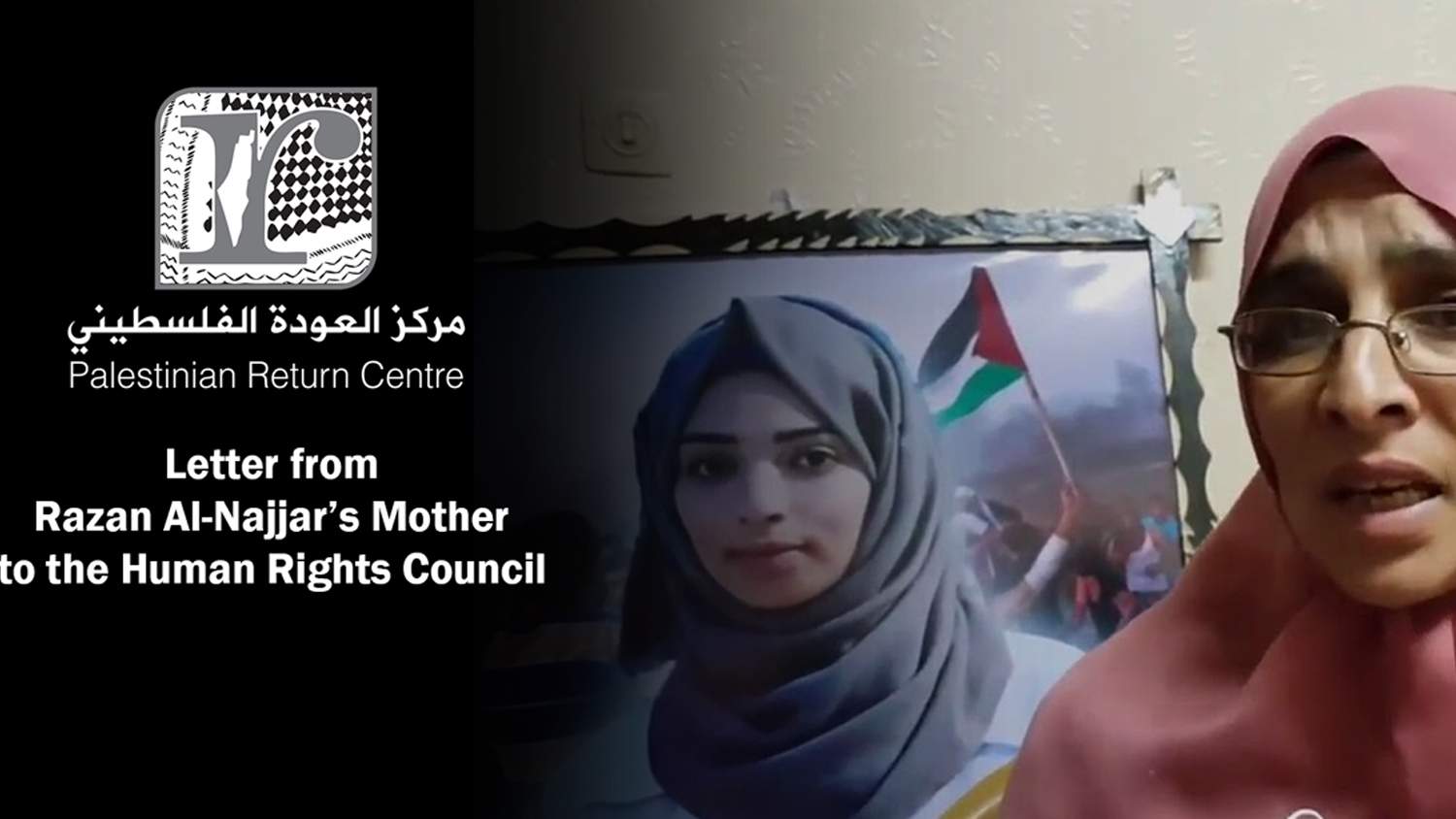 The Palestinian Return Centre delivered a letter written by the mother of the Palestinian paramedic who was killed by Israeli snipers as she tended to wounded protesters during the Great March of Return staged at the Gaza border.

The words of the heartbroken mother of Razan Najjar were read out before the members of the UN Human Rights Council in Geneva at the opening of a special session to discuss Agenda Item 7 devoted to the human rights situation in the occupied Palestinian territories.

“My daughter did not even hurl a single stone at the occupation soldiers. She was just moving back and forth in the hunt for injured civilians,” the letter read. “I always dreamt to see her in a white wedding dress rather than a white shroud. I have a dream that Israel would be prosecuted for all of its crimes against civilians, especially against people who, like my daughter Razan, were killed without mercy.”

PRC met Mrs. Sabreen AlNajjar at her home in Khuza’a town, east of the blockaded Gaza Strip, where she handed over the letter to a PRC staff member.

The letter was read aloud by PRC’s Executive Director Tareq Hammoud inside the main conference room of the Geneva-based UNHRC.

The event makes part of PRC’s active engagement in the 38th session of the UNHRC.

Last week PRC, an organization in Consultative Status with the UN Economic and Social Council since 2015, took part in the event under Agenda Item 3. PRC is slated to hold a special seminar at the Geneva-based Palais Des Nations on Tuesday in an attempt to speak out against Israel’s crimes against peaceful protesters at the Gaza border.

Read the full text of the letter here: