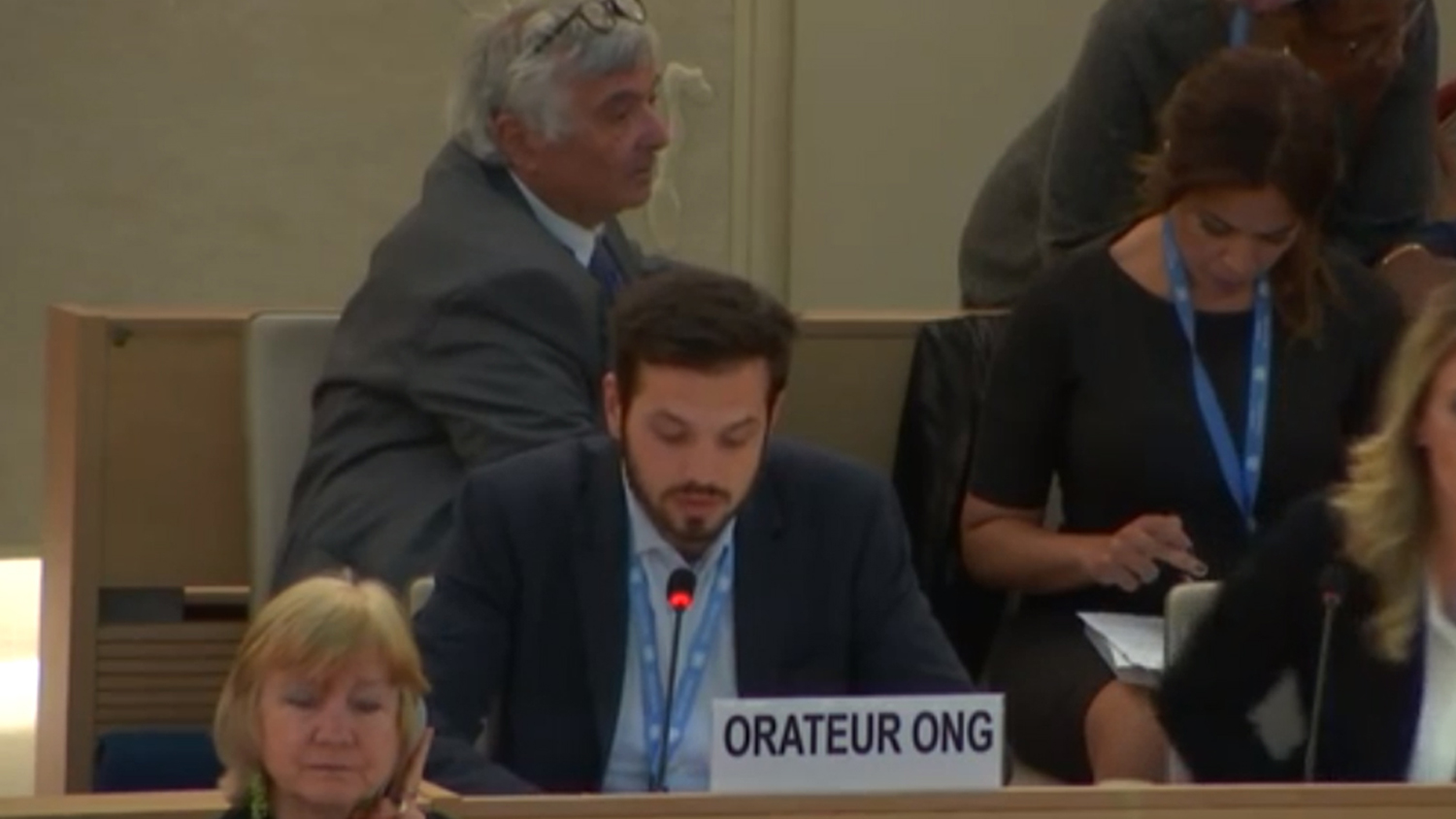 The Palestinian Return Centre (PRC) read out two statements before the members of the UN Human Rights Council under Agenda Item 9 devoted to racism, racial discrimination, xenophobia and related forms of intolerance.

The first statement was delivered as part of the General Debate. The second intervention occurred at interactive dialogue with the Special Rapporteur on contemporary forms of racism, racial discrimination, xenophobia, and related intolerance.

PRC strongly condemned the systematic racist policies perpetrated by the Israeli occupation authorities against the Palestinians. Such policies included assaults on land owners, arbitrary home demolitions, crackdowns on free movement, restrictions on Palestinians’ access to basic facilities, among other preplanned forms of discrimination. Israeli settlers, however, enjoy all of the Israeli-provided benefits.

PRC also briefed the Special Rapporteur on the forms of institutionalized segregation and restrictions to which Palestinian refugees in Lebanon have been subjected, particularly as regards their right to labor, social security, and membership at Lebanese trade unions.

PRC spoke out against underway attempts to tighten the noose around Palestinians’ neck in Lebanon and deprive them of their right to property ownership, free movement, education, and health care.

The event makes part of PRC’s active engagement in the 38th session of the UNHRC.

Last week, PRC, an organization in Consultative Status with the UN Economic and Social Council since 2015, took part in the event under Agenda Item 3. PRC is slated to hold a special seminar at the Geneva-based Palais Des Nations to draw attention to Israel’s crimes against peaceful protesters at the Gaza border.