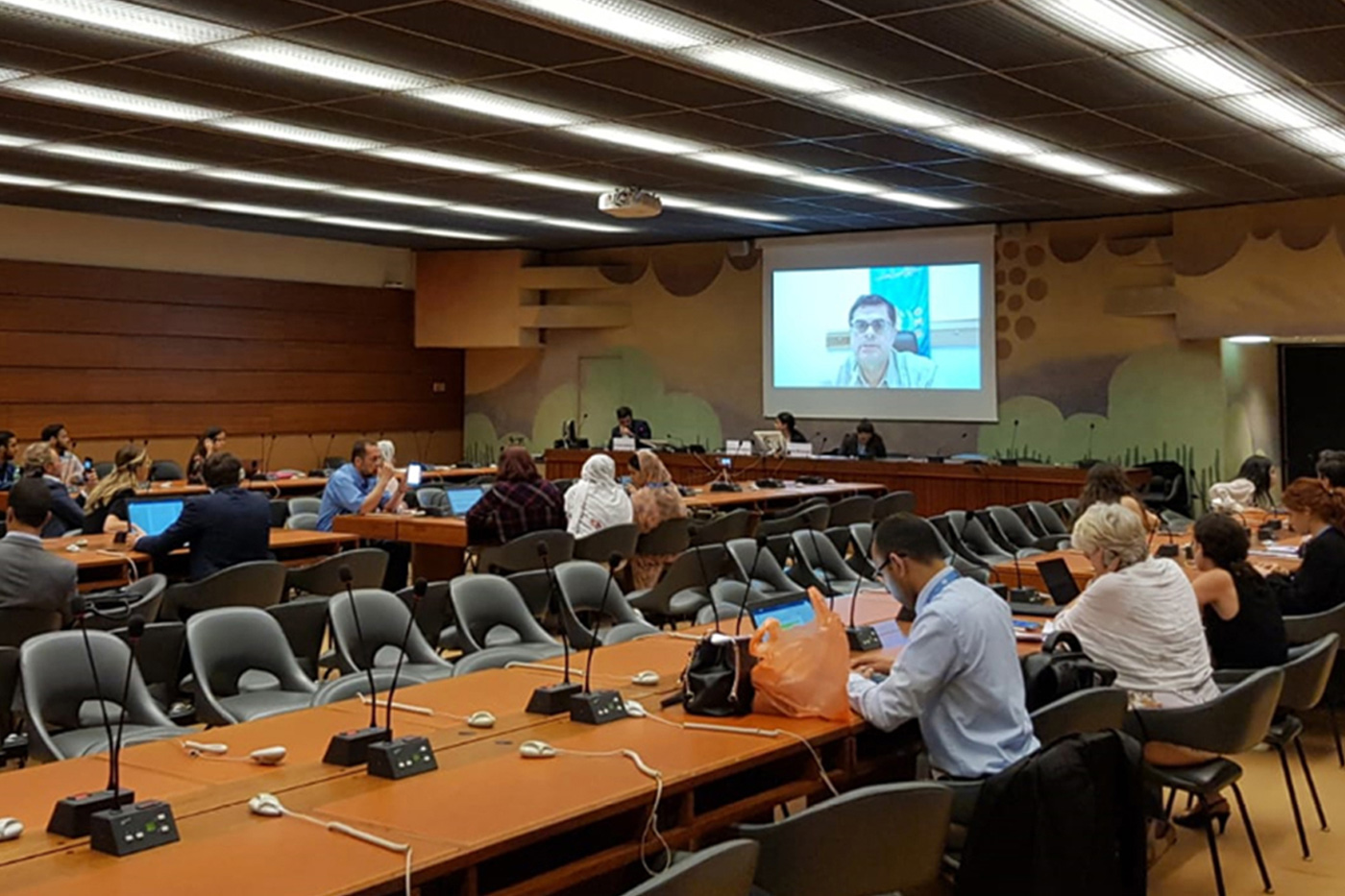 A special seminar held by PRC at the UN Human Rights Council (UNHRC) in Geneva sounded the alarm over the Israeli violations against protesters during the Great March of Return staged at the Gaza border.

Legal researcher Dr. Rania AlMahareb, from AlHaq Center, along with legal researcher Ghada AlRayan and Mahmoud Dhaher, the head of Gaza office of the World Health Organization (WHO) and Pietro Stefanini were in attendance.

Researcher Pietro Stefanini, who spoke on behalf of PRC at the seminar, delivered an opening address, in which he highlighted the socio-political and economic motives that gave birth to the Great March of Return, most notably Palestinians’ commitment to their right of return to their homeland from which they were displaced in 1948 and the eleven decades-long blockade on the Gaza enclave.

Researcher Ghada AlRayan read out sworn affidavits corroborating the unwarranted use of gunfire and toxic gases by the Israeli occupation forces in an attempt to quell the peaceful march, in violation of the international humanitarian law.

AlRayan said in most cases, the targeted protesters end up catching chronic paralysis or undergo limb amputation. Others sustain bone and vascular disorders.

In a video screened from Gaza, director of WHO’s Gaza Office, Mahmoud Dhaher, said the health situation has taken a turn for the worse in the enclave as a result of the Israeli blockade. More than half of those in need of urgent medical referrals have not been allowed out of the Gaza Strip.

Rania AlMahareb spoke out against attacks by the Israeli military against medics and paramedics during the Great March of Return, which she said make part of a preplanned campaign to tighten the noose around protesters’ neck. In testimonies amassed from the field, medical staff members said several aggressions were launched by the occupation forces hundreds of meters away from the border fence with no obvious threat being posed to the soldiers. In other cases, Israeli soldiers shot paramedics and prevented ambulances from reaching the scene by snipers.

Data delivered by Mahareb kept record of the launch of 245 attacks against medical staff since March 30 and 40 attacks on ambulances. Two paramedics—Mousa Abu Hasaneen and Razan AlNajjar—were pronounced dead in such attacks.

The event marks another chain in the series of endeavors launched by PRC to spotlight the Israeli crimes against unarmed marchers at the Gaza border along with the biased media coverage of the Return protests.