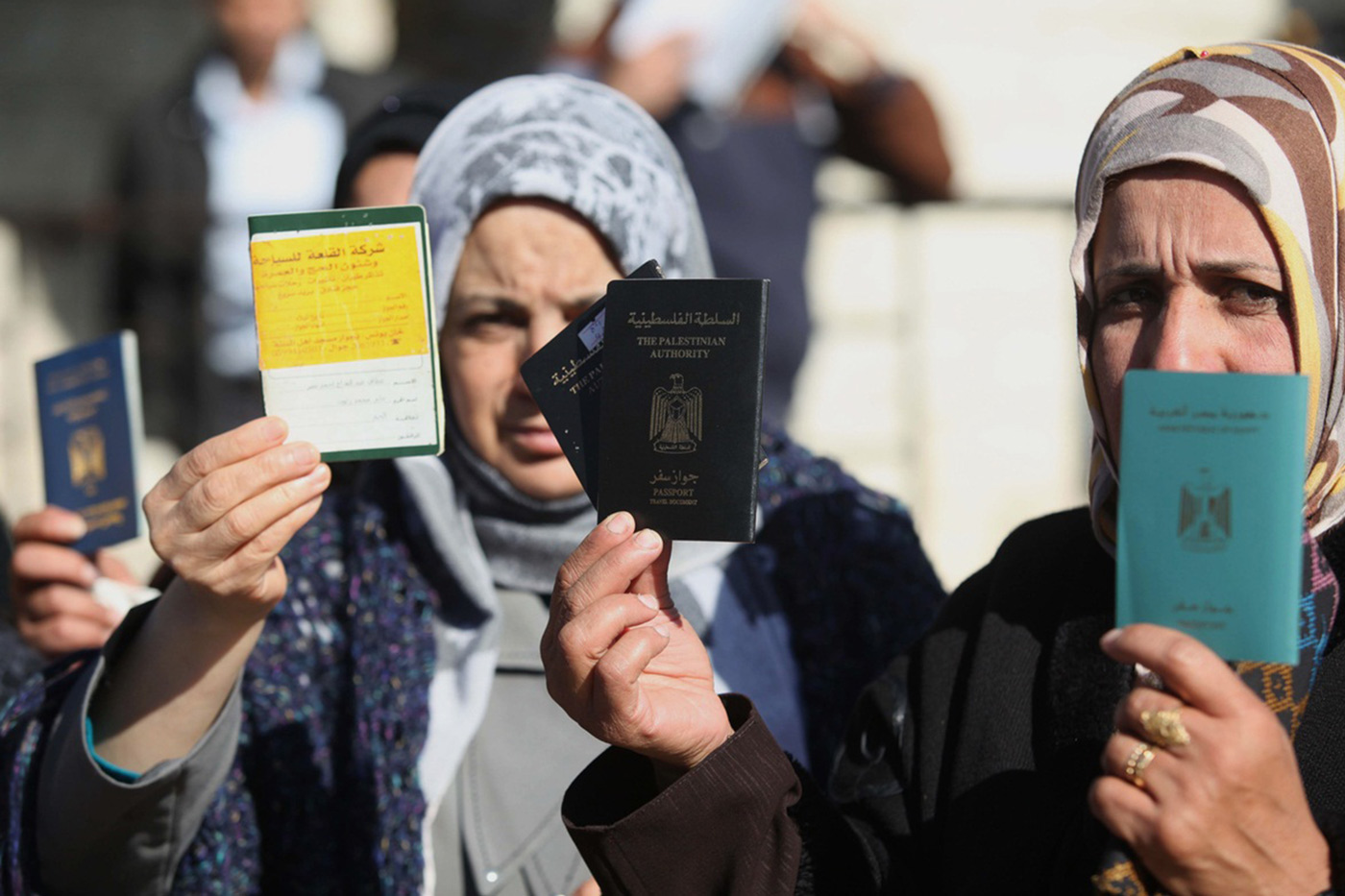 The plight of stateless people and minority communities has been brought into sharp focus over the past few years. Wheatear it is the Muslim Rohingya in Myanmar who are facing a genocidal campaign led by militant Buddhists monks or the Yazidi’s in Iraq facing extermination at the hands of militant Muslims, global attention has been focused like never before over the cloud of fear and vulnerability faced by communities denied the full protection of the state.

With levels of violence unseen in recent years, few would include the plight of Palestinians amongst those experiencing the kinds of fears and vulnerabilities endured by marginalised and statelessness communities. Events around the world have overtaken their cause. But their plight is one of the longest if not the most shocking example of the vulnerabilities and cycles of violence experienced by stateless people.

I got to see this first hand during a parliamentary delegation to Syria in November 2009. The cross party delegation, whose member included the current leader of the Labour Party, Jeremy Corbyn, was organised by the London based advocacy group, the Palestinian Return Centre, to address the plight of Palestinian refugees fleeing sectarian violence and persecution in Iraq.

The plight of over 30,000 Palestinians had been nothing more than a footnote in the disastrous US led invasion of Iraq in 2003, but we were optimistic of being able to raise awareness of their plight and find a temporary solution.

The stateless Palestinian community became an easy target in the sectarian conflict that ensued in Iraq. Expulsion of Palestinian refugees from their homes began almost as soon as the US-led invasion began. In many cases, armed Shi`a landlords expelled their Palestinian tenants, while in other cases, armed Iraqis attempted to expel Palestinians from government-subsidized homes in order to seize the homes for themselves.

Over half were reported to have fled the country in the immediate aftermath. Those who were fortunate to flee from murder, abduction, hostage-taking, arbitrary detention, and torture escaped to neighbouring countries using forged passports, those that were not so fortunate, found themselves stranded in inhospitable desert camps between the borders of Iraq and Syria.

For thousands of Palestinians, history was repeating itself as they found themselves in another cycle of violent displacement, expulsion and relocation. The less fortunate were housed in three separate refugee camps coordinated by the United Nations High Commissioner for Refugees (UNHCR). The conditions they faced were extremely depressing. The tented camp in the desert was overcrowded and many people suffered crippling disease and illness. For those needing medical care, the nearest hospital was a soul shattering four hour drive through roads vulnerable to attacks from armed groups. There were no schools and essential provisions were at a minimal.

Our delegation visited Al Tanaf refugee camp, located in the south eastern side of Syria, within five kilometres of no-man’s land.  The camp was 110 miles from Damascus and sheltered 630 Palestinian refugees from Iraq in a very narrow strip wedged between concrete walls. It was initially set up in May 2006 when a group of 389 Palestinians fleeing persecution in Iraq went to the Syrian border but was refused entry by the authorities. It continued to grow as more and more Palestinians fled persecution in Iraq.

Our immediate impression when visiting Al Tanaf was its distance from any major towns. It took us three and half hours to reach the campsite from Damascus. This created major problems for residents especially those with children, women and the elderly. Hazards, we were told were everywhere, especially for the children. Heating and cooking systems in the tents regularly caused fires that destroy tents because residents needed to burn kerosene for cooking and heating. We met a mother who told us that her one year old child had died as a result of a fire in the camp.

Most of the inhabitants of the camp arrived from different parts of Baghdad after harrowing tales of terror and intimidation. Many of the camps residents described to us the horrific events that forced them to flee Iraq and left them traumatized. Some had been kidnapped and tortured. Others had relatives who had been abducted, mutilated and killed. Many spoke of armed militia cutting off ears, gouging out eyes, pouring acid over the head of captives.

Everyone we meet in the camp told harrowing stories about their expulsion from Iraq. While many endured terrible persecution it was clear that the psychological strain of coming to terms with their violent persecution in Iraq and their new reality was the most heart-shattering. One could have assumed that the Palestinians that were targeted and driven out of Iraq where poor but the story of Sheikh Muhamed, the imam of the camp mosque, showed that violence in Iraq was indiscriminate and no Palestinian, irrespective of their social class and standing were protected.

Sheikh, a refugee from the first expulsion in 1948, was an accountant for an import export company from 1958-2005. He described how his two sons were hanged and shot by Sadrs army because they were Palestinians. Even though he owned his own home he was driven out with the other members of his family. He told us that every family in the camp were driven out either because someone in their family was killed or they were threatened to be killed.

Our delegation worked tirelessly, meeting with Syrian government officials and UN refugee agencies to draw up a relocation plan for the refugees. To its credit, the government of Syria had allowed thousands of refugees to be housed in their country but their conduct against their Palestinian guests during the Syrian peoples uprising once again highlighted the precarious situation faced by stateless Palestinians.

The insecurities that come with statelessness as a daily experience for millions of Palestinians, not only in the occupied West Bank and Gaza but also for countless Palestinians in the diaspora. Blaming Palestinians is a common feature in the Middle East during political unrest and instability. It happened before in Iraq, Libya and Kuwait.

Most recently the insecurities of being stateless were violently felt again by half a million Palestinians in Syria. As the Syrian uprising was taking shape in 2011, security forces began to accuse Palestinians in refugee camps for the unrest. This triggered alarm bells for the Palestinians in Syria who up till than had enjoyed a relatively comfortable time.  Given their history in the region, they knew they were the most vulnerable group and therefore open to persecution and abuse. Their fate became ominous as soon as Syrian state security services began to scapegoat Palestinians for the uprising. Desperate attempts were made to place the blame on Palestinian refugees for the early protest in places like Daraa, Southern Syria.

Accusing Palestinians for inciting protest and violence became routine on Syrian TV. In a press conference on the 26th of March 2011, Bothaina Shaban, Media and Political consultant for President Bashar al Assad held Palestinian groups in Al Raml refugee camp responsible for the commercial buildings’ sabotage. She also accused them of initiating what she described as “conspiracy project”. This was the first statement from a high ranking Syrian official which indicated clearly that Palestinians are behind the protests. The claim that Palestinian refugees in Daraa where behind the protests quickly vanished, however, as protests swept across other Syrian cities and villages not inhabited by Palestinians. Hundreds of thousands of Palestinians, like their Syrian brethren’s were once again forced to flee.

For the thousands that fled to neighbouring countries, the burden of being stateless hung like a dark cloud. For example in Jordan were many fled to escape the violence, there was clear discrimination against Palestinian refugees, many of whom had become displaced two or three times in a single life. Syrian Nationals were allowed to enter Jordan following identity and security checks, however, Palestinians were not granted the same privilege and instead they were kept apart and held in detention centres. Many families had been separated because of this kind of discrimination.

The conditions we witnessed during our trip to Syria and the accounts of refugees fleeing Syria during the uprising in 2011 highlighted, once again, the ongoing insecurities faced by Palestinians due to their statelessness.  Our experiences led us to believe that there is a failure on the part of the international community to address the unique situation faced by Palestinians. Generations of Palestinians have not experienced the security, safety and privilege of having full protection under a state. No other community have faced decades of insecurity as they have. The human right of all refugees is to have guaranteed international protection, and equally important, a permanent solution. The solution envisaged in international law for all the Palestinian refugees is to return to their land in Palestine, which Israel has blocked for over six decades.

* Nasim is a political analyst and writer for MEMO. He is an author of The Ongoing Nakba and a joint editor of Britain’s legacy in Palestine. Nasim regularly commentates on Middle Easter affairs, takes part in conferences and media discussions on issues related to the Middle East and international affairs.

Short Link : https://prc.org.uk/en/post/3915
Tags
Next Article
The Suffocation of Gaza Strip: The Protracted Closure of the Rafah Crossing and its Impact on Building a Successful and Self-Sustaining Society.
Previous Article
The Palestinian Refugees in Iraq.... Wartime Asylum
Most Views
Related Posts 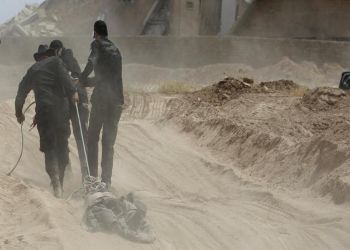 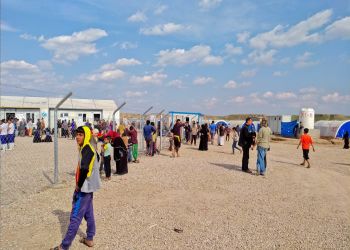