English Version of Annual Report Documenting Situation of Palestinians of Syria in 2017 Issued by PRC, AGPS 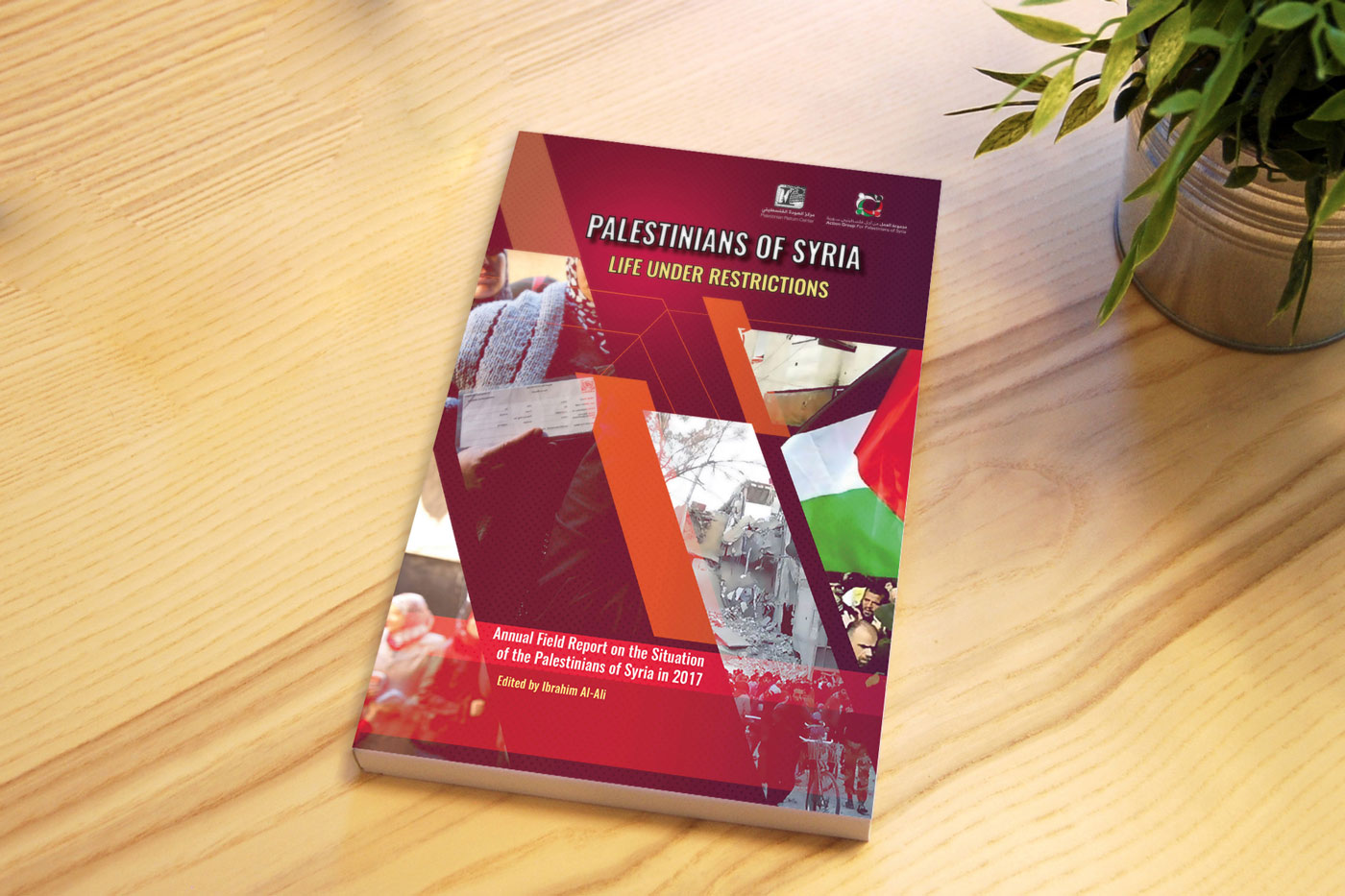 The Palestinian Return Centre (PRC), in partnership with the Action Group for Palestinian of Syria (AGPS), has released the English version of an annual report documenting the situation of the Palestinians of Syria in 2017.

Entitled “Life under Constraints”, the 93-page report spotlights the situation of Palestinian refugees from Syria in 2017 as they have been grappling with an unabated tide of forced deportations, extra-judicial killings, psycho-physical torture, and arbitrary detentions.

The newly-issued report provides thorough data on the daily onslaughts, death toll, and number of detainees in war-torn Syria. It also underscores the crises endured by the Palestinian community in refugee camps across and outside of the embattled Syrian territories.

At the same time, the study provides a detailed account of the violations perpetrated against the Palestinians of Syria on the asylum-seeking road and on way to Europe.

The report documents the detention of 28 Palestinians in 2017 and the release of 25 others after they had been held captive for varying spans.

The provided data is the by-product of joint efforts made by a team of field reporters, news correspondents, journalists, photographers, and researchers.

Six such documentary reports were issued by AGPS to underscore the situation of Palestinian refugees in Syria in 2014, 2015, and 2016. Hundreds of reports have also been released by the group on a daily basis in an attempt to draw the international community’s attention to the calamitous state of affairs endured by the Palestinians of Syria.