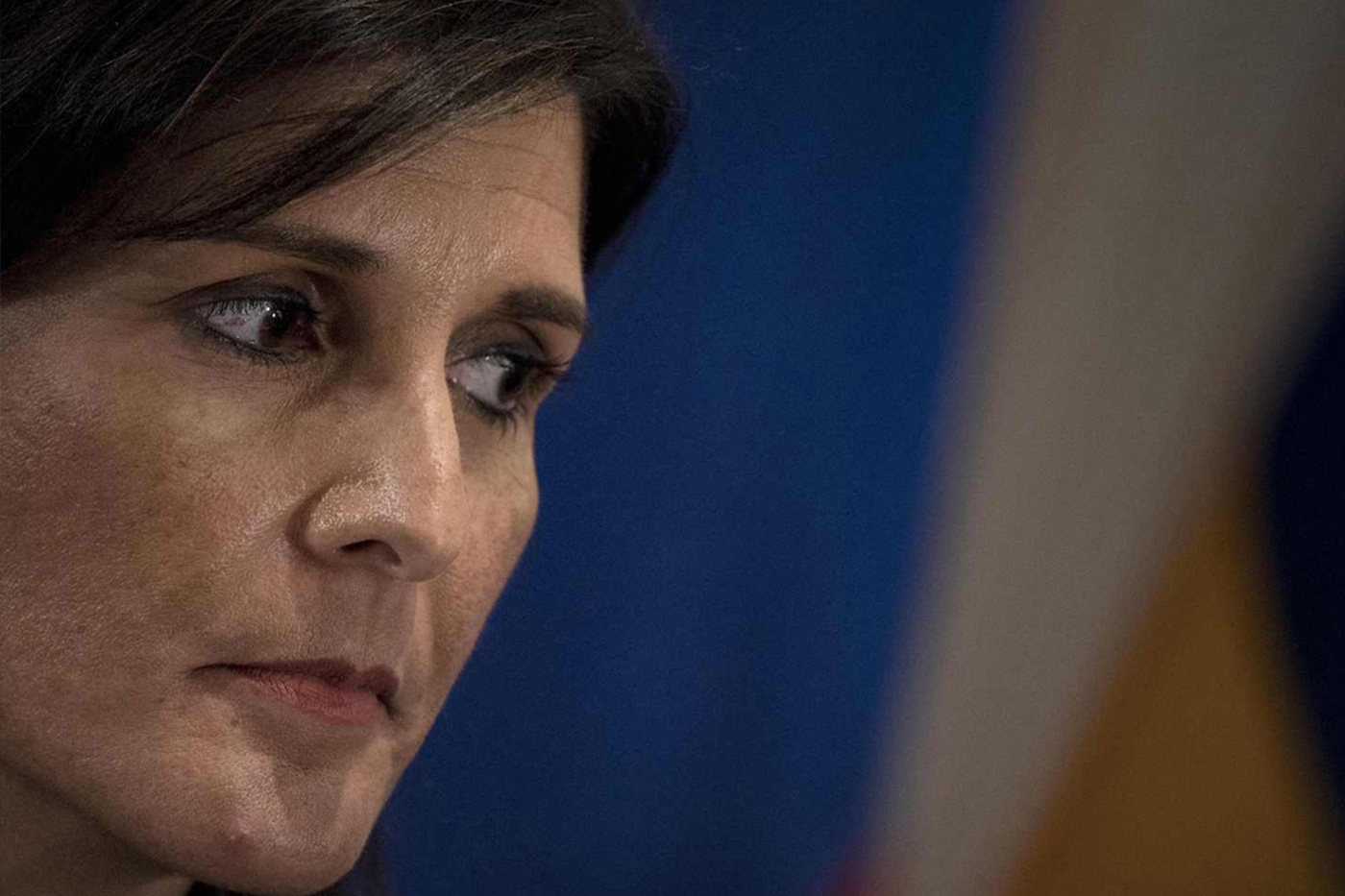 On Tuesday August 28th 2018, US ambassador to the UN Nikki Haley, speaking at the pro-Israel think thank Foundation for Defense of Democracies, commented on a US initiative to further attack the status of displaced and exiled Palestinian refugees living in the Occupied Palestinian Territories and in Jordan, Lebanon and Syria.

In regards to UNRWA Haley said, “We will be a donor if it (UNRWA) reforms what it does ... if they actually change the number of refugees to an accurate account, we will look back at partnering them.”

This builds on the unprecedented January 2018 decision by the Trump Administration to cut more than half of its funding  to the United Nations Relief and Works Agency (UNRWA), bringing the agency mandated to provide humanitarian assistance to five million Palestinian refugees into the largest ever funding crisis in its history.

The US and Israel claim that descendants of Palestinian refugees displaced since 1948 should not be given refugee status by UNRWA. They also erroneously claim UNRWA is the only organisation (and Palestinians the only group) that recognises descendants born in exile as refugees. This myth being used to attack Palestinian refugees' status has been recently debunked by UNRWA Commissioner-General Pierre Krähenbühl, who asserted that UNHCR (United Nations High Commissioner for Refugees) has the same policy of conferring refugee status to the children and grandchildren of the original refugees. Therefore, rather than being an exception, inheriting refugee status while in exile is the international norm.

In addition, as reported in Reuters, when 'asked whether the right of return should be “off the table,” Haley replied: “I do agree with that."' Nikki Haley's dangerous remarks come in the context of a supposed new peace initiative being prepared by the Trump administration, that would completely discard the rights of Palestinian refugees and entrench Israel as an apartheid and settler colonial state.

We call on politicians, NGOs, UN bodies and experts, and wider civil society to condemn these recent remarks by the US ambassador to the UN.

We also call on governments to step in and fill the funding gap UNRWA is facing to provide vital services to Palestinian refugees across the Middle East. This must also be accompanied by political action and pressure on Israel to acknowledge its responsibility for the ethnic cleansing of Palestinians, which is ongoing, and to facilitate the return of refugees to their homeland, as stipulated in UN resolution 194.