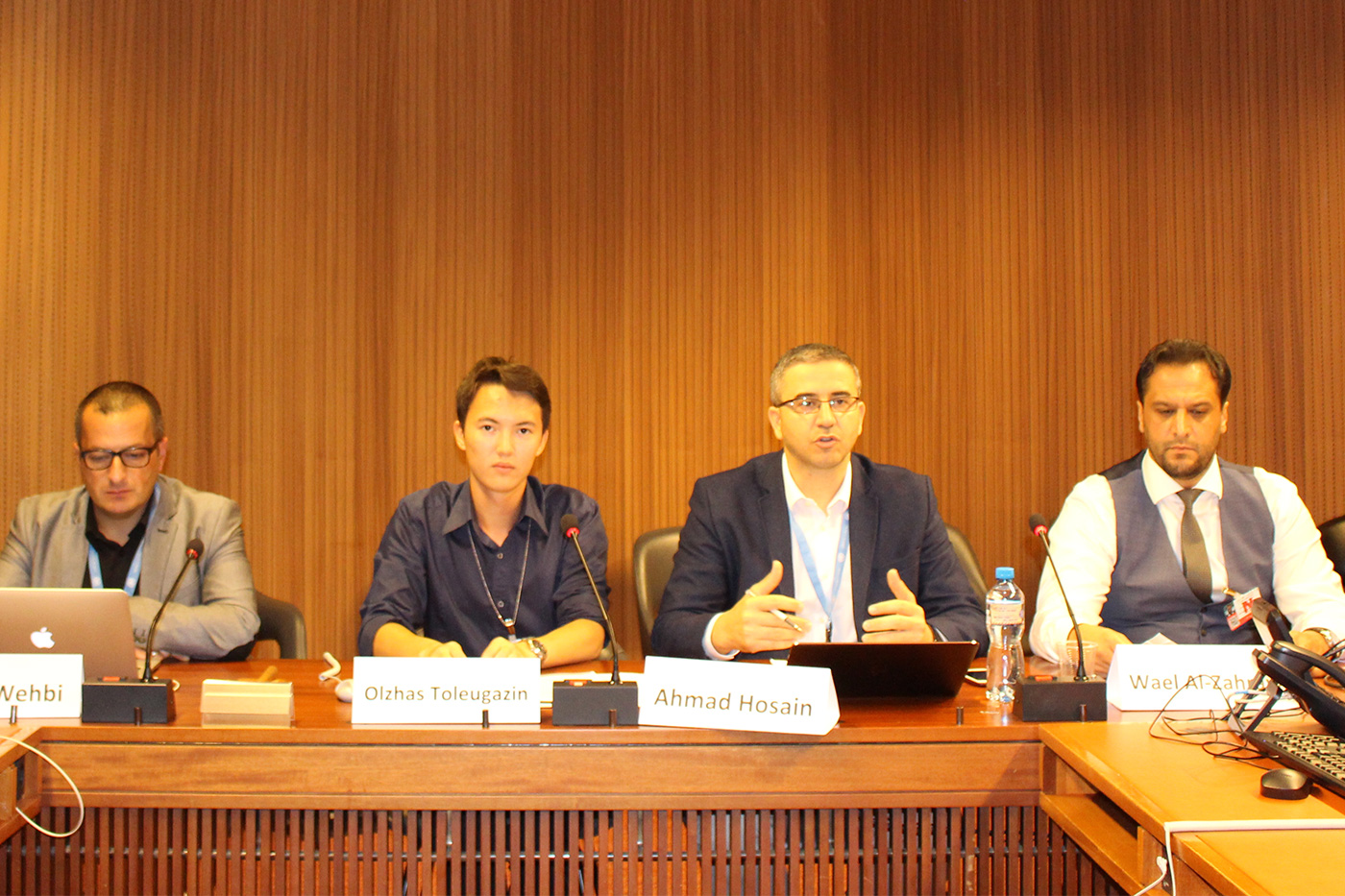 A seminar was held on Monday by the London-based Palestinian Return Centre (PRC) in partnership with the Action Group for Palestinians of Syria (AGPS) on the sidelines of the UN Human Rights Council’s 39th session in Geneva.

The side-event shed light on the arbitrary detentions and enforced disappearances recorded among the Palestinians of Syria. A plethora of academics and researchers were in attendance. The session was moderated by human rights activist Olzhas Toleugazin.

Speaking at the inaugurating address, AGPS’s CEO, Ahmad Hosain, briefed the audience on the calamitous situation of the Palestinians of Syria, 1,700 among whom have been secretly held in Syrian dungeons, where at least 556 others have also been tortured to death.

Lawyer and former detainee in Syria Wael Al-Zahrawi narrated his tragic experience in Syrian locks ups and the cruel torture tactics pursued by the Syrian authorities against men, women, and minors held behind prison bars.

Al-Zahrawi said detainees tortured in Syrian jails often return to their cells with one or two organs being taken out of their bodies, in a crime the like of which has never been recorded throughout history.

Wrapping up the seminar, CEO of Violations Documentation Center in Syria (VDC) Yousef Wehbe underscored the fragile legal status of the Palestinians of Syria and the fallouts of the “protection gap” wrought on thousands of Palestinians all the way though the seven-year warfare.

Wehbe warned that the violations perpetrated in Syrian penitentiaries amount to state terrorism of the kind committed by stakeholders in the embattled Syrian territories.

Wehbe called on the Palestine Liberation Organization and official Palestinian bodies to live up to their responsibilities as regards the situation of the Palestinians of Syria and to take those involved in war crimes against them to regional and international courts.

Short Link : http://bit.ly/2A5jrAY
Tags
Next Article
Victims of Torture and Forced Disappearance among the Palestinians of the Syrian Arab Republic
Previous Article
The Livelihoods of Palestinian Refugees in Jordan’s Wihdat Refugee Camp
Most Views
Related Posts