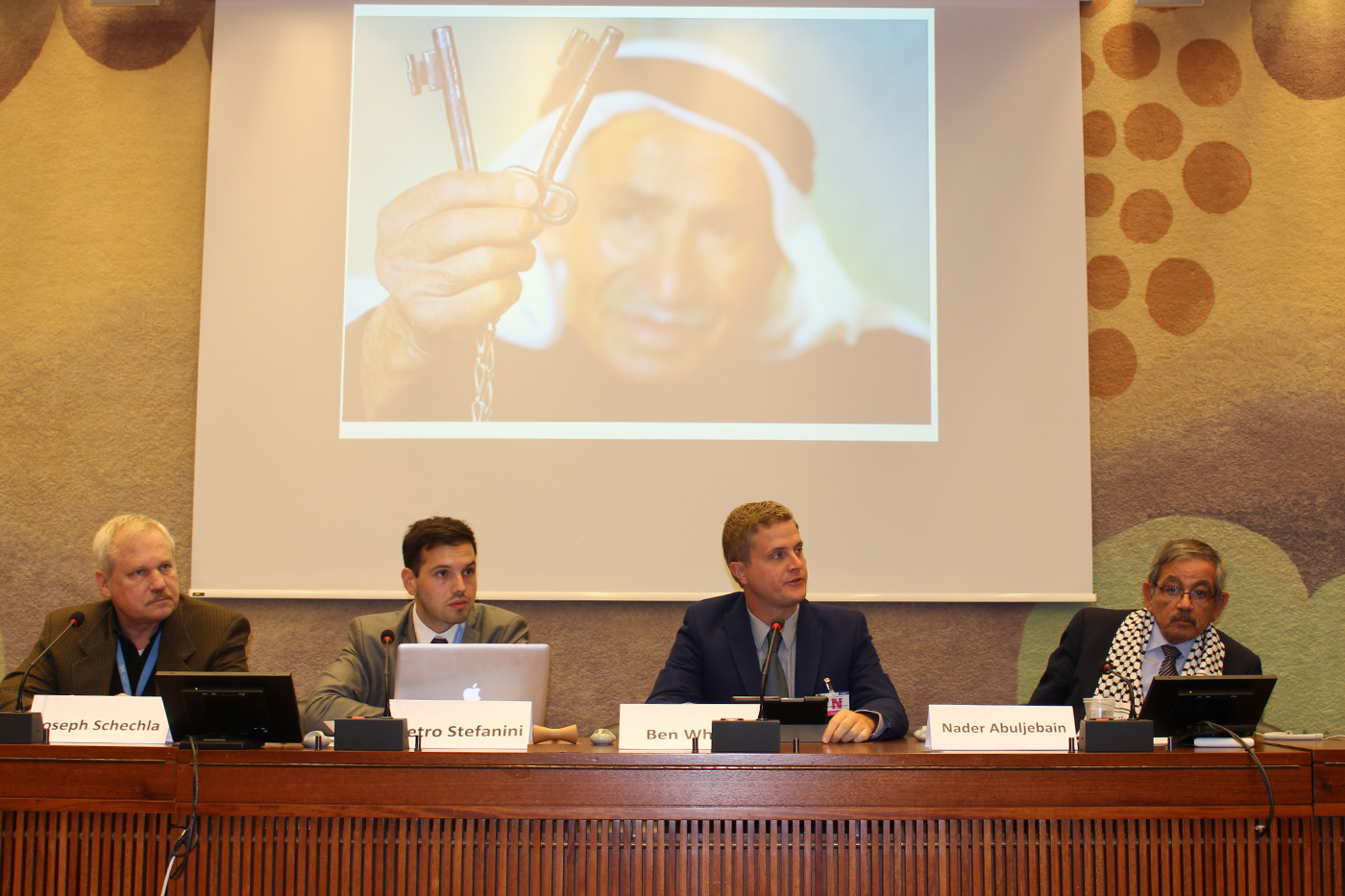 Geneva - On Wednesday 19th September 2018 the Palestinian Return Centre hosted a side-event during the 39th session of the UN Human Rights Council in Geneva focusing on Israel’s new ‘Jewish nation-state law’ and its impact on indigenous Palestinians.

In July 2018 the Israeli parliament's vote to approve the Jewish Nation-State Law which has entrenched within its ruling system key elements of apartheid, which is also prohibited under international law. Even though Palestinians are the indigenous inhabitants of the country they will now be officially considered second-rate citizens under a settler-colonial system that will not allow them to live in exclusive Jewish communities or have the same state benefits, access to land, and freedom of movement and association as the Jewish citizens. In this bill it is clear that words and values like democracy and equality are not included.

Adalah, a leading Palestinian human rights organization in Israel, describes how the law “affirms the principle of apartheid in housing, land and citizenship and that this law constitutionally sanctions institutionalized discrimination"

First panellist Joseph Schechla, Coordinator for the Housing and Land Rights Network, Habitat International Coalition presented the institutionalized material discrimination against the indigenous Palestinian people. He outlined how certain organisations that have historically worked to displace Palestinians, such as JNF, have obtained control of the lands inhabited by Palestinians and how these parastatal institutions have had a central role in the creation of the discriminatory system that we have today.

Next speaker, journalist and author Ben White, his latest book ‘Cracks in the Wall: Beyond Apartheid in Palestine/Israel’, was published May 2018 by Pluto Press. Mr White focused on to what extent there is continuity with past law and practice, to what extent it represents something new, and the wider political context for the legislation (pushback against Palestinian citizens' mobilisation).

Third panellist, Nader Abuljebain is a member of the General Secretariat of the Popular Conference of Palestinians Abroad. Mr Abuljebain gave a statement outlining demands to the international community and that a serious response is paramount. He discussed how this new law defies numerous UN resolutions, in particular resolution 194. He called on states to impose sanctions on Israel until Palestinians are granted the right to freedom, self-determination and return.

Finally Mr Abuljebain pleaded to UN member states to push a reform of UNRWA’s budget that would tie it to the UN mandatory budget given the precariousness of the current situation where donations from states are voluntary.