PRC Briefs UNHRC on Situation of Palestinian Refugees in Lebanon 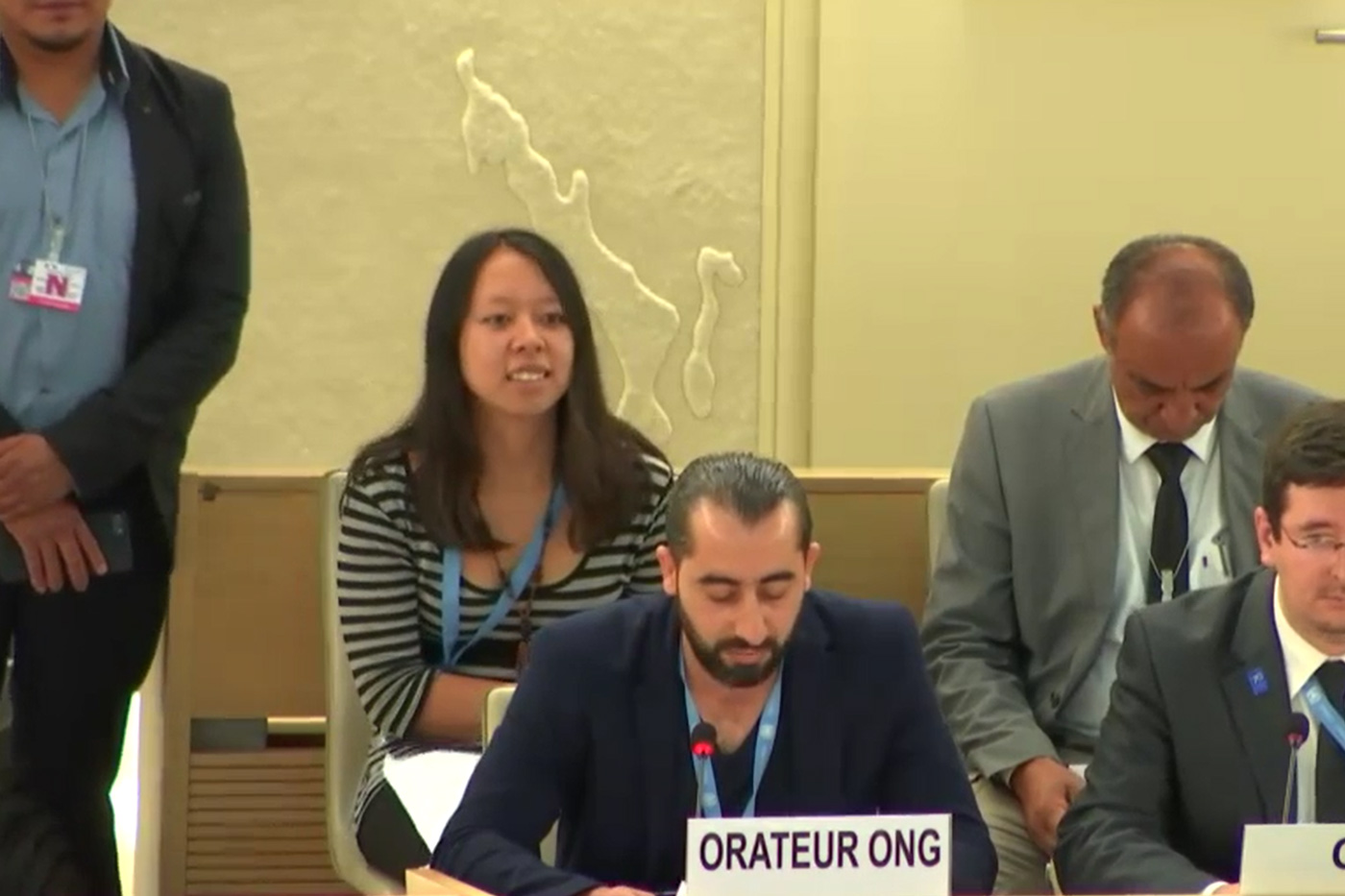 As part of its active engagement in the 39th session of the United Nations Human Rights Council (UNHRC) in Geneva, the London-headquartered Palestinian Return Centre (PRC) called attention to the latest developments regarding the situation of the Palestinian refugee community in Lebanon.

An oral statement delivered by PRC’s speaker Ebrahem Zydane as part of Agenda Item 4 of the UNHRC’s 39th session along with a report submitted by the centre and archived under reference code A/HRC/39/NGO/66 underscored the exacerbated situation of the Palestinian refugees in Lebanon.

PRC attributed the calamitous state of affairs endured by the Palestinians in Lebanon to the government’s reluctance to grant them their civil, legal, and economic rights despite the amendments made as regards national laws on labor and social security. Palestinian refugees have also been denied the right to estate ownership since 2011.

PRC highlighted the calamitous situation endured by the Palestinian refugees in Lebanon-based refugee camps. The Lebanese authorities continue to block the entry of reconstruction materials to rehabilitate refugee homes in the tremendously overcrowded camps.

PRC spoke out against the crackdowns perpetrated by the Lebanese authorities to rein in Palestinians’ free movement and the security restrictions aiming to block their smooth access out of and into refugee camps.

PRC also warned of the repercussions of the US cut of its funding to UNRWA, which it said might lead to an explosion in Lebanon and the entire region. PRC said it believes the lives and rights of hundreds of thousands of Palestinian refugees in the Lebanese territories and those of millions of others oversees will be at risk due to such a politicized act of blackmailing.

PRC urged the Lebanese authorities to opt for legal amendments so as to smooth Palestinians’ access to the labor market, restore their rights to property ownership, lift bans on entry of reconstruction materials, take pressure off free movement to and back from refugee camps, cease discriminatory practices, and grant citizenship to Palestinian women married to Lebanese nationals.