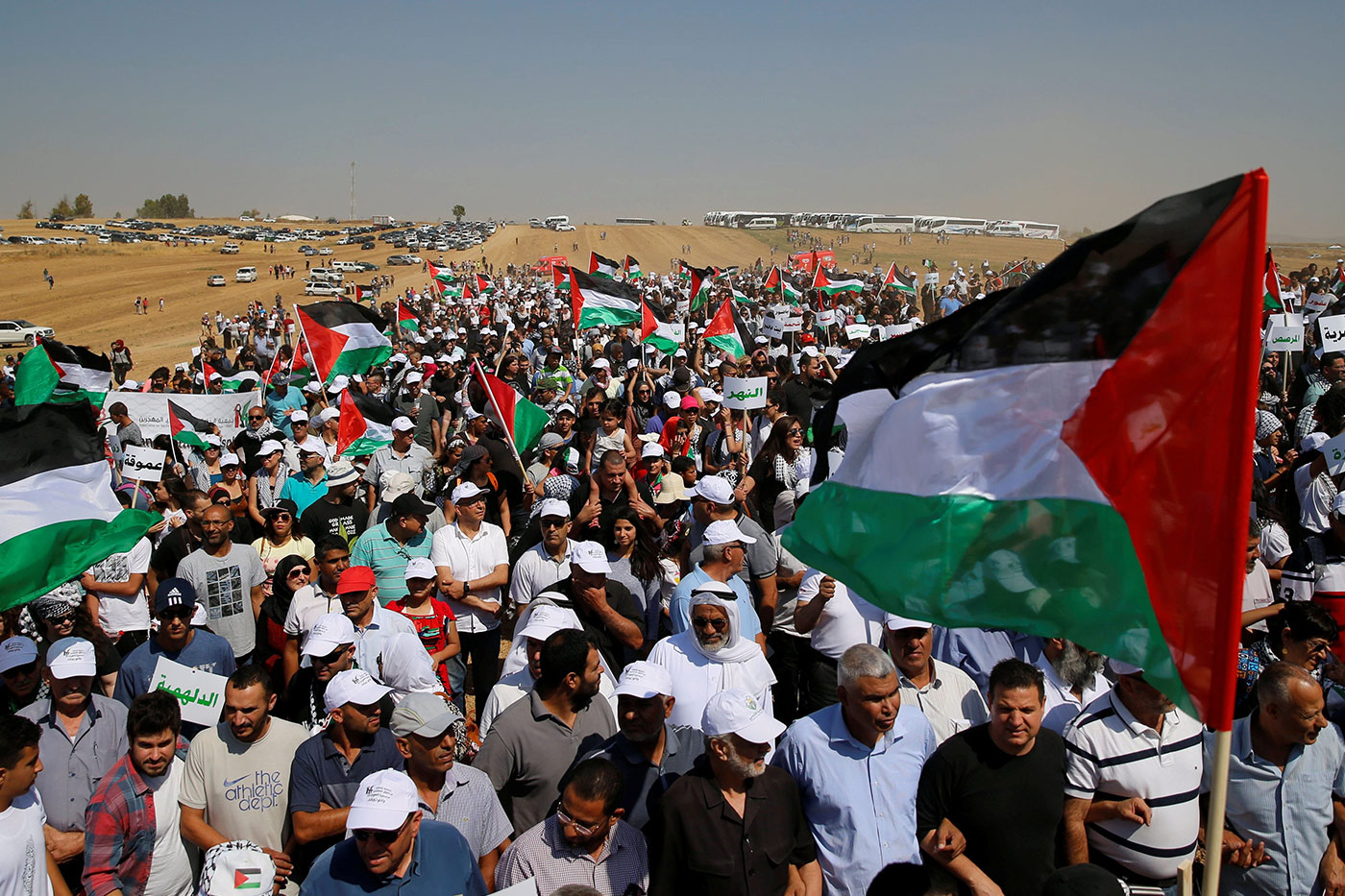 Addressing the 39th session of the UN Human Rights Council (UNHRC), the Palestinian Return Centre (PRC) underscored Israel’s horrendous crimes perpetrated against non-violent Palestinian protesters gathering on the eastern borders of the blockaded Gaza Strip, in what is known as the Great March of Return protests.

A written paper submitted by PRC about such violations has been roped in the UN archive of official documents under reference code A/HRC/39/NGO/32.

PRC’s speaker Pietro Stefanini, who delivered the oral statements, briefed the audience on up-to-date figures about the number of protesters killed by the Israeli army during the Great March of Return. At least 184 protesters have been pronounced dead, among them 32 minors and two girls. Over 20,000 others have been left wounded. 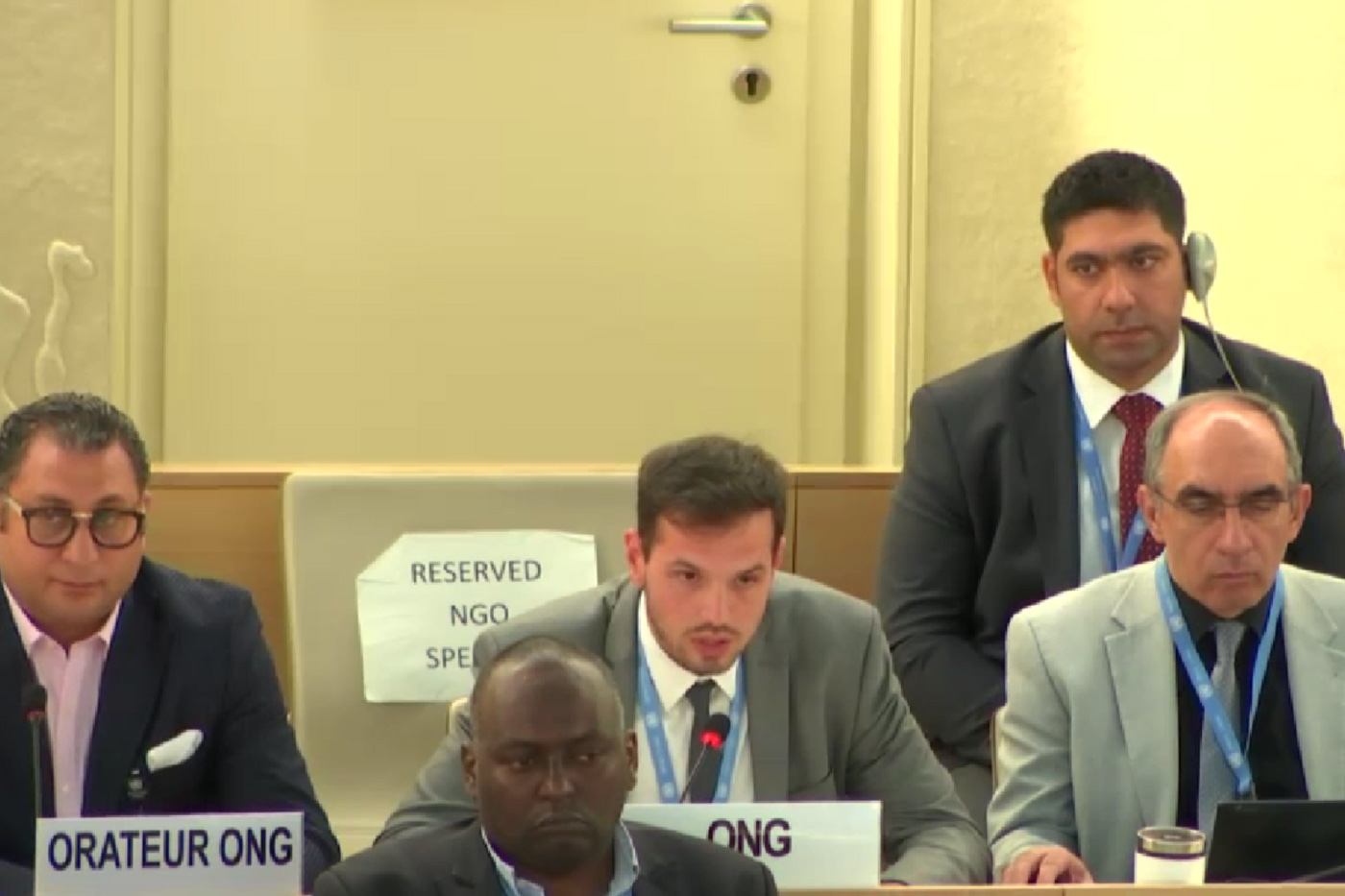 PRC also warned that 1,400 protesters are very likely to suffer from paralysis and chronic disabilities as a result of the injuries they have sustained in Israeli aggressions. Dozens of Gazans have undergone limb-amputation, including at least 11 children, according to data by the UN Office for the Coordination of Humanitarian Affairs (OCHA) and the Palestinian Ministry of Health.

PRC’s document also warned of the tragic fallouts of the Israeli sanctions and 11-year-long blockade on the coastal enclave, saying the entry of goods has been blocked, fishing zone reduced, and water and power frequently cut off in an attempt to tighten the noose around the neck of two million Palestinians in Gaza.

PRC urged the UNHRC to take into serious consideration the calls launched by Human Rights Watch and take urgent steps to deter the Israeli occupation authorities and extremist leaders.

It further called for the need to adopt Amnesty’s calls for imposing an international and large-scale embargo on arms sales and exchange with the Israeli occupation, which uses exorbitant armed force against unarmed protesters speaking up for their legitimate rights, most notably their right to return to their motherland from which they were forcibly deported in 1948.

PRC hailed UNHRC’s Resolution S-28/1 taken onboard at the 28th special session to establish a fact-finding commission of inquiry into the mass murders committed by the Israeli military at the Gaza border.

PRC appealed to UNHRC’s Member-States to back up the resolution and push for impeaching the Israeli occupation over its horrendous crimes against the Palestinians.

PRC’s interventions fall in line with UNHRC’s Agenda Item 7 devoted to the human rights situation in the occupied Palestinian territories. The debate has been boycotted by Israel and the EU Member-States over alleged anti-Israel bias.

A seminar is slated to be held by PRC at 02:00 p.m. on Tuesday at the Geneva-headquartered UN Office to discuss the latest developments as regards the Great March of Return.