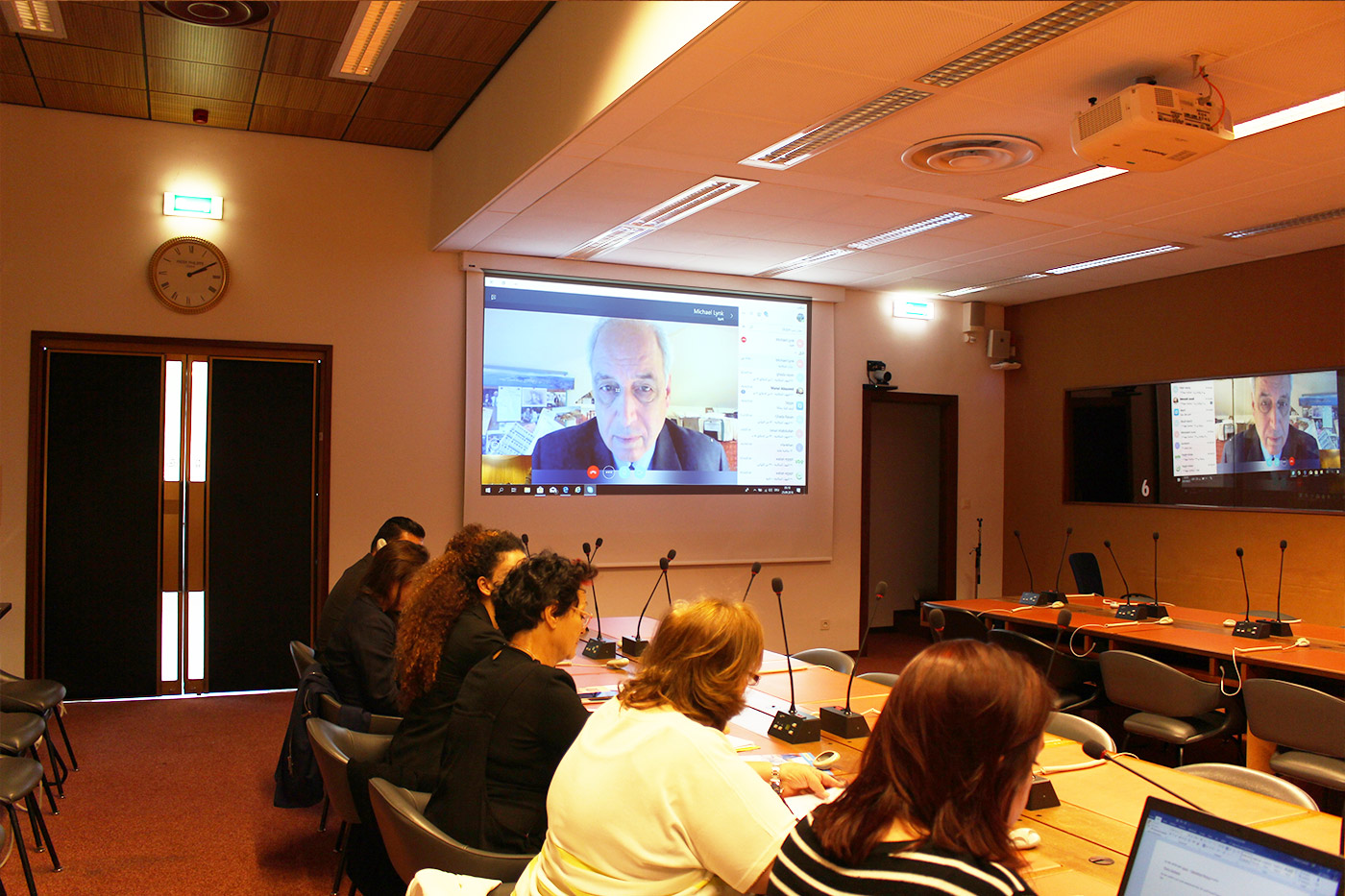 On September 25th, the Palestinian Return Centre hosted a side-event onboard of the 39th session of the UN Human Rights Council in Geneva to discuss the deteriorating situation in the Occupied Palestinian Territories with a particular focus on the Occupied Gaza Strip, where Palestinians are continuing to stage mass and overwhelmingly nonviolent protests, to demand that Israel end the siege of Gaza, and that their right of return be implemented.

Mr. Michael Lynk briefed the audience on the social and economic distress in Gaza. He emphasized how the Gaza Strip is the most urgent issue to address in the OPT. Statistical indicators suggest over 60% of youth unemployment while the Gaza health system is close to collapsing with 40% of medicines that have ran out of stock.

Mr. Lynk highlighted how the Gaza economy is in decline and it will not improve until the blockade is brought to an end.

Recommendations by SR included the imperative for the newly established Commission of Inquiry, due to publish a report on the events related to the Great March of Return, to make as priority discussing effective accountability measures for the international community.

Mr Lynk recalled that previous commissions’ recommendations were largely ignored and no significant action was taken. When asked about UNRWA’s crisis Mr. Lynk suggested that Member States have an obligation to fill in the gap left by the United States and fulfil their responsibilities towards Palestinian refugees.

Second speaker, Ghada Alrayan, Palestinian legal researcher focused on the difficult situation facing Palestinian refugees given the US administration decision to withhold all funding to UNRWA. The US had been the largest single donor to UNRWA covering over 30% of the agency’s budget.

Ms Alrayan discussed the relationship of UNRWA with key UN resolutions concerning refugees such as Res. 194, that stipulated the refugees right of return. Extremely concerning are the recent announcement that hundreds of UNRWA employees in Gaza will be made redundant or that their salary will be significantly affected. Over 90% of UNRWA’s employees across the region are Palestinians.