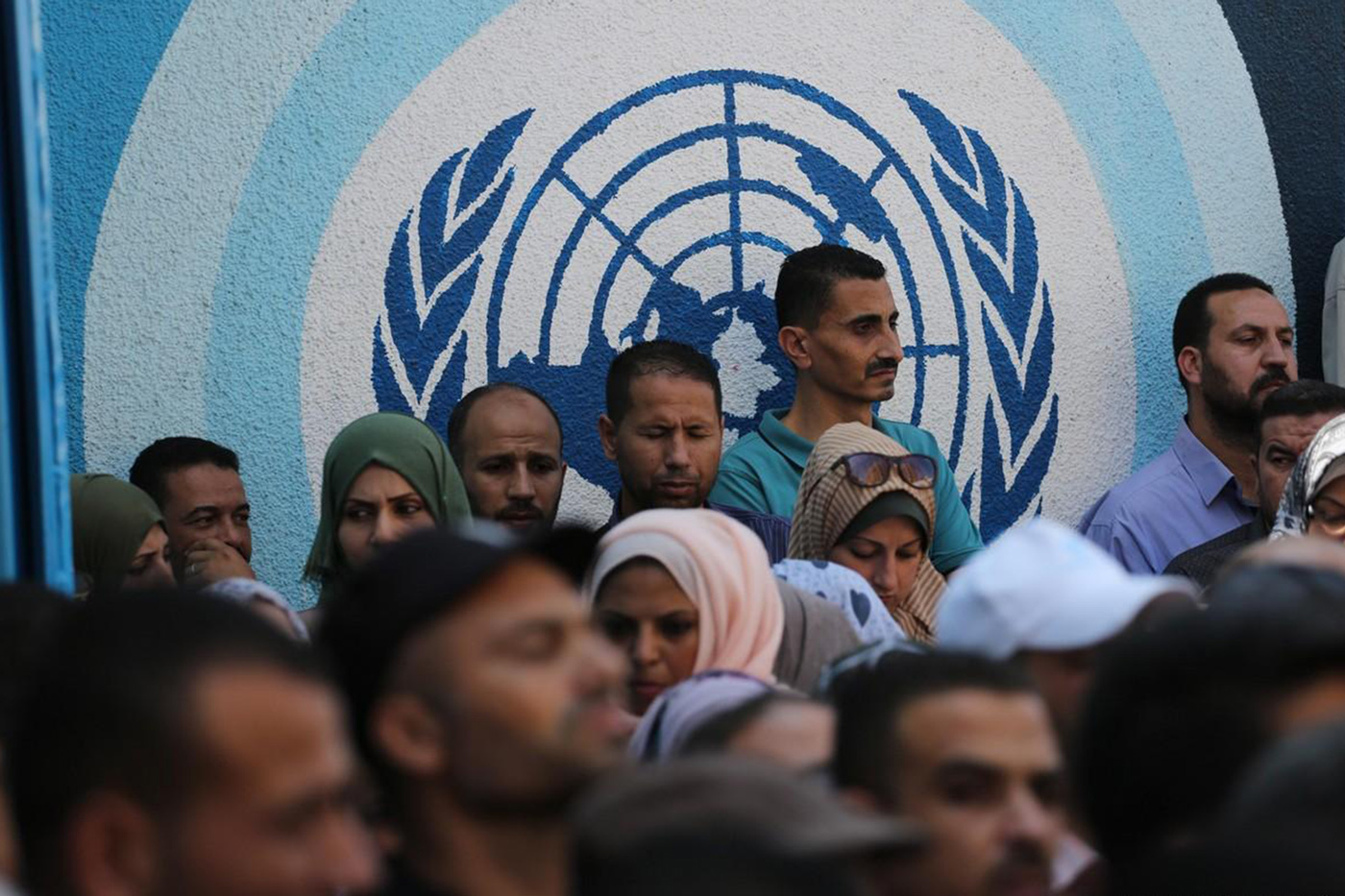 The Palestinian Return Centre's event comes in the context of Israel’s suppression of peaceful protests in the Gaza Strip, as part of the Great Return March, during which Palestinians called for an end to Israel’s unlawful closure of the Gaza Strip and the realisation of Palestinian refugees’ right of return. The event will focus on highlighting the challenges facing Palestinian refugees also in the context of UNRWA's funding crisis and the attacks on the agency. The event will provide an overview of the situation of Palestine refugees in host countries such as Jordan, Lebanon and Syria as well as their conditions inside the Occupied Palestinian Territories.

“The Future of Palestine Refugees in the Middle East”

Ilana Feldman is Professor of Anthropology, History, and International Affairs at George Washington University. Her research has focused on the Palestinian experience, both inside and outside of Palestine, examining practices of government, humanitarianism, policing, displacement, and citizenship. Her latest book is Life Lived in Relief: Humanitarian Predicaments and Palestinian Refugee Politics (University of California Press, 2018). She is the author of Governing Gaza: Bureaucracy, Authority, and the Work of Rule, 1917-67 (Duke University Press, 2008); In the Name of Humanity: The Government of Threat and Care (Duke University, 2010; co-edited with Miriam Ticktin); and Police Encounters: Security and Surveillance in Gaza under Egyptian Rule (Stanford University Press, 2015).

Omar Baddar is Deputy Director of the Arab American Institute. Omar is a political analyst, digital producer, and human rights advocate. Prior to joining AAI, Omar was a Digital Producer and Presenter with Al Jazeera International's The Stream, the Executive Director of the American-Arab Anti-Discrimination Committee of Massachusetts, and the Director of the Palestine Cultural Center for Peace. He has participated in dozens of panels, lectures, and debates on college and university campuses throughout the U.S. His media appearances include the BBC, Al-Jazeera, Sky News, Voice of America, and RT; and his writings have appeared in the Daily Beast, Salon, the Huffington Post, and Jadaliyya.

Pietro Stefanini is Researcher and Advocacy Coordinator at the London-based Palestinian Return Centre (PRC). Pietro coordinates PRC’s advocacy in the UK Parliament and at the United Nations. He recently published an article on Israel’s siege of Gaza for the Project on Middle East Political Science (POMEPS). Pietro has featured in an Al Jazeera TV documentary based on Palestinian refugees from the Burj al-Barajneh camp in Beirut, Lebanon.

Speakers' presentations will be followed by a Q&A with the audience.

Short Link : http://bit.ly/2Dbg2mF
Tags
Next Article
PRC Submits Report to the UN Commission of Inquiry on the Great March of Return
Previous Article
PRC Event with SR Lynk Warns of Grave Prospects for Gaza and UNRWA
Most Views
Related Posts