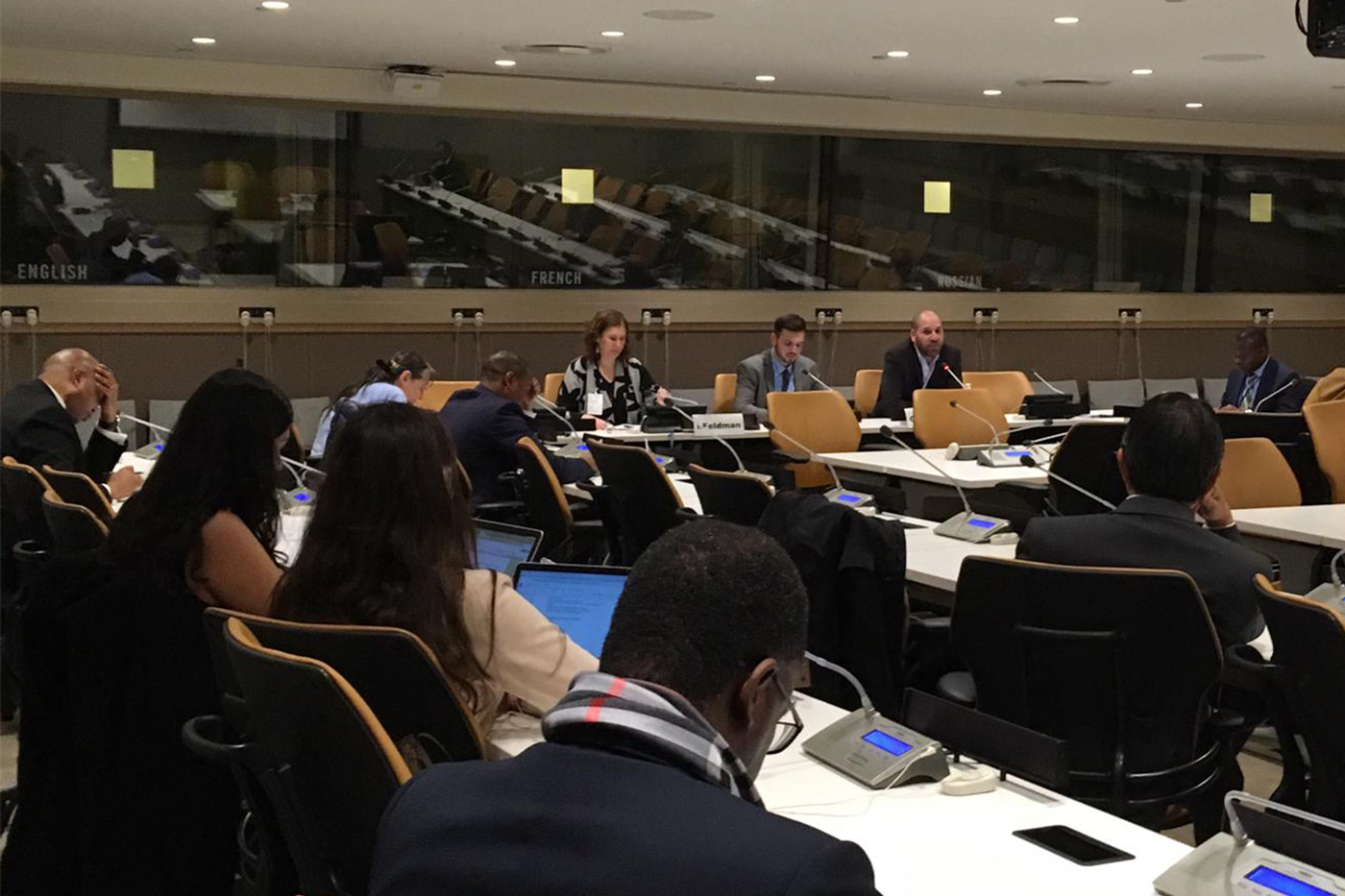 On November 8th 2018, the London-based Palestinian Return Centre (PRC) hosted an event in Conference Room 12 at the General Assembly Hall at the United Nations Headquarters in New York City.

Under the title “The Future of Palestine Refugees in the Middle East”, the side-event took place on the margins of the 73rd session of the United Nations General Assembly (UNGA 73).

PRC's side event comes in the context of Israel’s crackdowns against peaceful Palestinian protesters in the blockaded Gaza Strip during events staged at the border as part of the Great Return March. The Gaza border protests have been in high gear since March 30 as nonviolent Palestinians continue to speak up for the refugees’ inalienable right of return to their homeland—Palestine—and push for an end to Israel’s unlawful siege on the Gaza Strip.

The event also underscored the challenges facing Palestinian refugees in the context of UNRWA's funding crisis and the ad hominem campaigns waged against the agency.

Pietro Stefanini, researcher at PRC, provided an overview of the situation of Palestine refugees in such host countries as Jordan, Lebanon and Syria, along with their conditions inside the Occupied Palestinian Territories.

Pietro Stefanini also referred to documents recently passed on by PRC to the UN Commission of Inquiry into the Great March of Return protests to sound the alarm over Israel’s unabated extra-judicial killings and deliberate maiming of Palestinian civilians.

The first keynote speaker was Ilana Feldman, Professor of Anthropology, History, and International Affairs at George Washington University. Her research has focused on the Palestinian experience, both inside and outside of Palestine, examining practices of government, humanitarianism, policing, displacement, and citizenship. Her presentation was based on her most recent book.

Ms. Feldman discussed how the Nakba has fragmented the Palestinian polity, given birth the "refugee" crisis, and signaled the launch-off point for Palestinians seeking to stand up for their inalienable rights.

Baddar’s presentation tackled the attempts of the Trump-led US administration to de-legitimize the Palestinian anti-occupation struggle. Baddar draw attention to the way the US has turned from being a biased accomplice in the conflict to a unilaterally outspoken and hyperactive pro-Israel ally.

The presentations were followed by an interactive Q&A session with the audience. Several UN Member-State envoys engaged with the speakers, along with UN actors and NGOs.