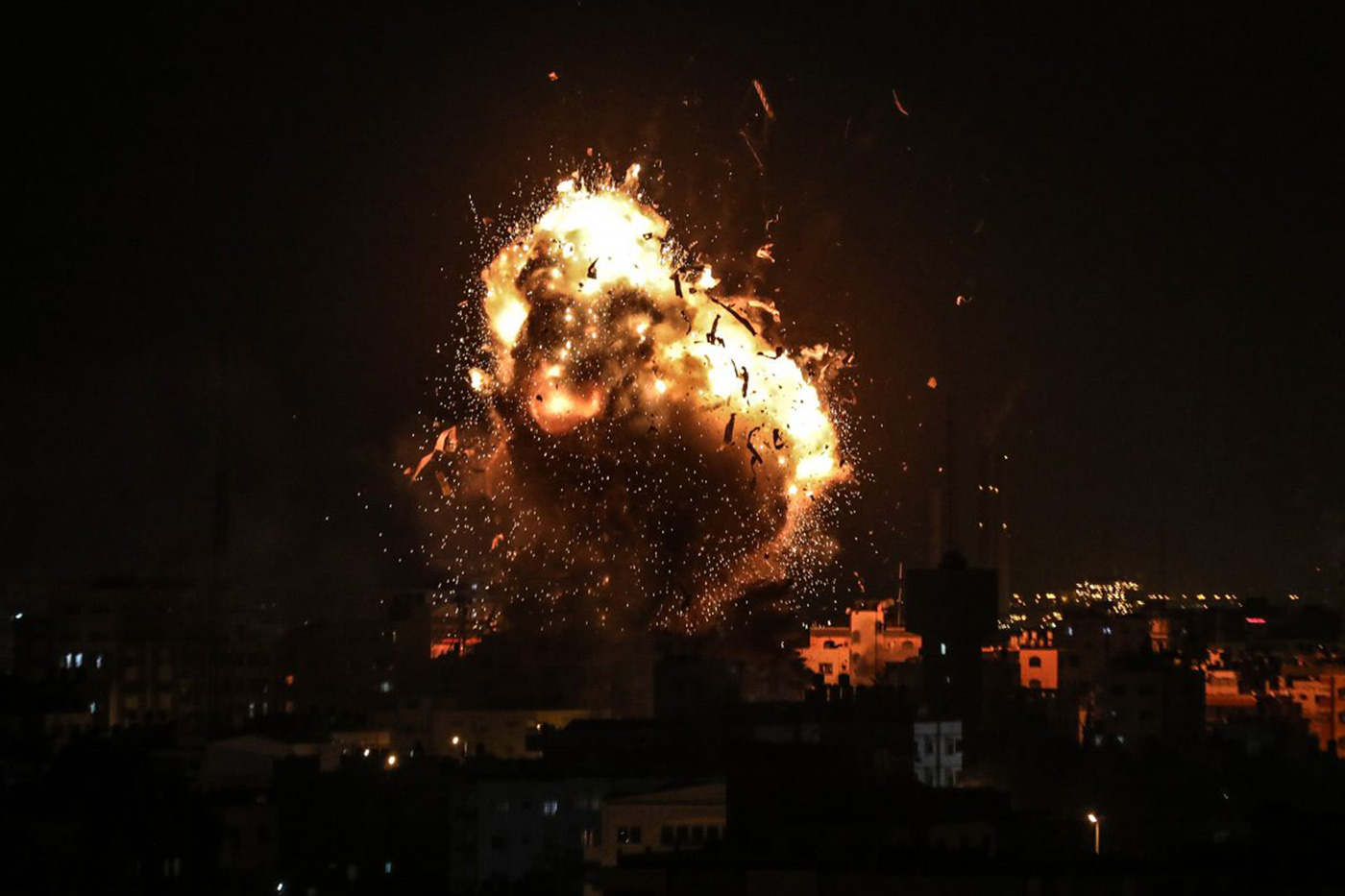 London - Reports show that at least 10 Palestinian fighters have been killed since a botched covert operation by Israeli occupation forces on Sunday. According to the UN, Israeli troops have crossed into Gaza over 70 times this year alone.[1]  The operation broke a cease-fire between Israel and Palestinian factions, which led to the killing of a Hamas military commander and six other fighters. Also an Israeli military officer was killed in the commando operation.[2]

In response to this Israeli attack, Palestinian factions fired hundreds of rockets towards Israel. Israeli officials have been claiming that a bus for civilians was targeted by Palestinians. However, a video of the event circulating online appears to show that the targeted bus contained Israeli soldiers and that it was targeted after all soldiers had exited it. One soldier was injured in the incident.[3] The targeted bus provides further evidence that the IDF uses civilian shields for its military operations.
On Monday the Israeli military hit more than 70 locations in Gaza, including the building of local TV station Al Aqsa.

The Palestinian Return Centre (PRC) is extremely concerned by this Israeli attack and escalation in the Gaza Strip, already causing unnecessary deaths and destruction.  The attacks clearly broke a cease-fire and come at a time where a wider attempt at reaching a long-term deal to improve the situation in Gaza was underway. The Israeli operation happened just hours after leaks emerged that a long-term ceasefire agreement has been reached in Egypt between Israel and Palestinian factions. Signals point to a possible new large-scale Israeli military attack on the Gaza Strip, such as the one carried out in 2014, which caused the death of over 2000 civilians and 500,000 internally displaced.[4]

“This dangerous escalation by the Israeli military is extremely worrying. Israel continues to attack Palestinians with impunity, while it continues to impose a siege on the Gaza Strip which it has occupied since 1967. The international community should condemn Israel's attacks and take strong measures to bring to an end all Israeli violations of international law before a new deadly escalation is unleashed on the Gaza Strip. The international community should also support cease-fire talks in Egypt sponsored by the UN.”

For press enquiries please contact our Media Department at ahmad@prc.org.uk or by phone at 02084530919