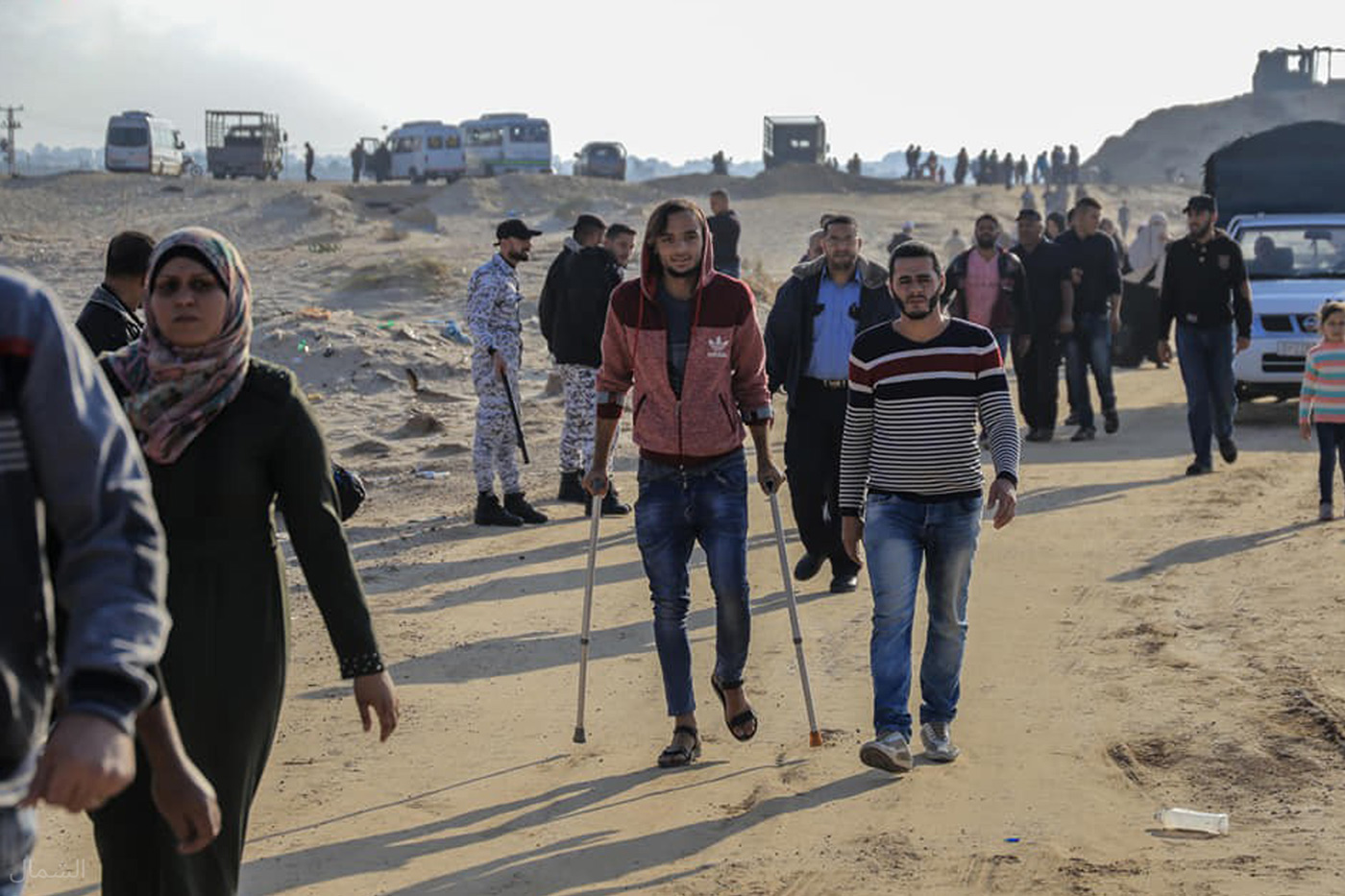 Stationed Israeli soldiers heavily showered large crowds of unarmed Palestinian protesters with live ammunition, rubber bullets, and teargas canisters resulting in injuring 25 of them, according to the Ministry of Health.

According to local sources, 10 Palestinians were shot by live ammunition, seven others were injured by rubber bullets and the remaining suffered from teargas inhalation.

It was also confirmed that Israeli snipers also injured the AP News agency photojournalist, Rashid Rasheed, during the naval march; his medical condition remains unknown, however.

The Higher National Committee for the Great March of Return, organizer of this march, said, “marches and protests will not stop until they meet their goals of lifting the Israeli siege and relieving two million Palestinians from the suffocating circumstances they experience on daily basis."

The Committee also emphasized that the 16th march was condemning normalization as protesters held banners, “Our protests shall face the shame of normalization.”

Palestinians launched the Great March of Return, known as border protests, on March 30 for the sole purpose of ending a 12-year-long siege and highlighting the refugees’ right to return to their homes which Israeli militias kicked them out from in 1948 to establish the so-called Israeli state. About three months ago, demonstrators decided to expand the marches to include maritime borders as well as northern land borders.