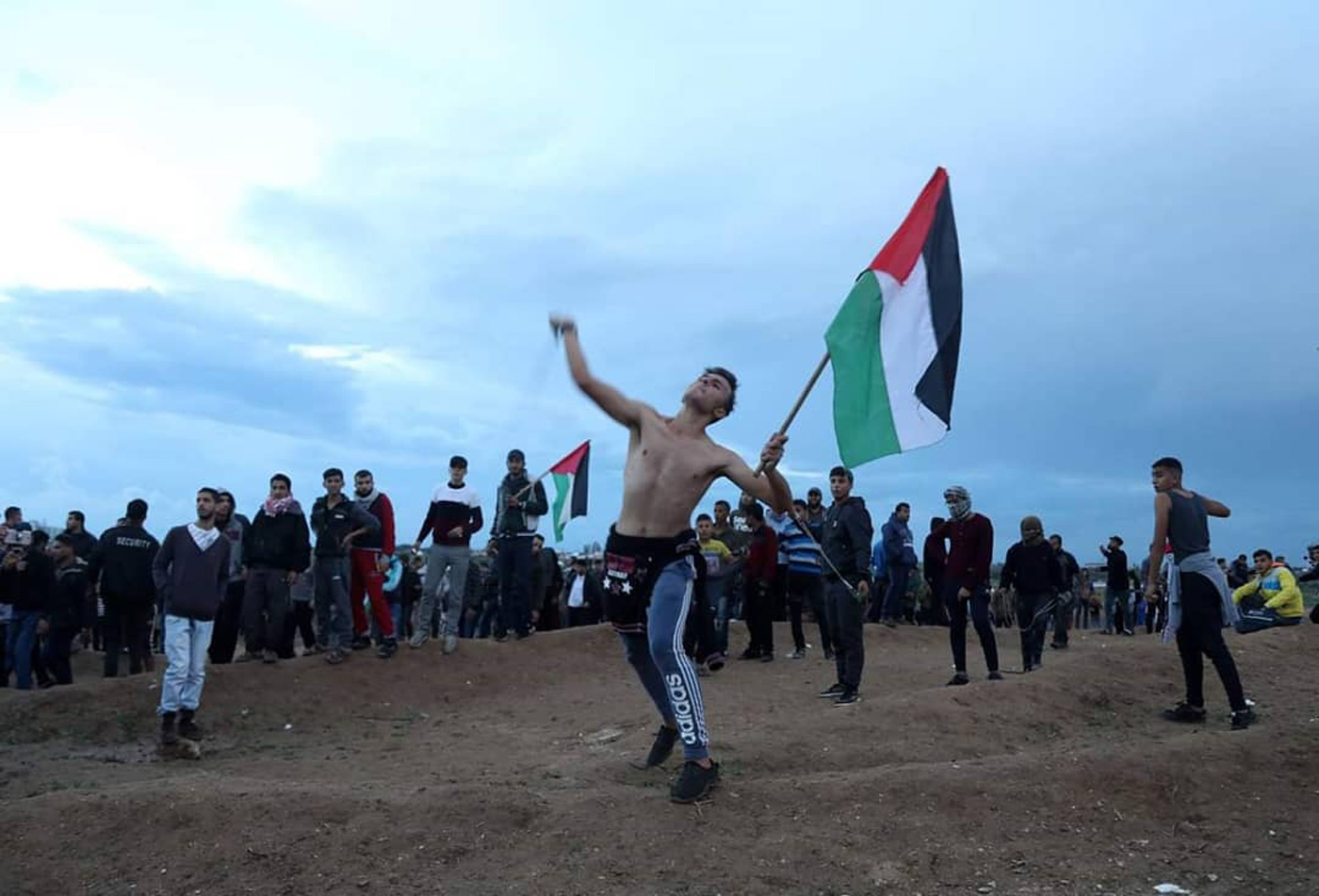 Local sources confirmed that hundreds of people came to engage in the weekly border protests despite the bad weather and the heavy rains.

The Higher National Committee for the Great March of Return and Breaking the Siege urged the people on Thursday to take part in the 35th week of the border protests to support the resistance as the marchers held banners “resistance unites us and we will be victorious.”

The Committee also stressed, “marches and border protests will not stop until their goals are fulfilled”, referring to ending the Israeli siege imposed on Gaza along with the suffering of two million innocent Palestinians living there.

Since the border protests started the Israeli army has killed at least 247 Palestinian protesters, while about 25,000 have been injured, 500 of whom are in critical condition.

Palestinians launched the Great March of Return, known as border protests, on March 30 for the sole purpose of ending a 12-year-long siege and shedding light on the refugees’ right to return to their homes which they were forced to leave in 1948 to pave the way for the creation of present-day Israel.

The Palestinian Return Centre calls on UN Member States of the Human Rights Council to support the work of the UN commission of Inquiry into the protests and to ensure that recommendations on mechanisms for accountability are implemented urgently.