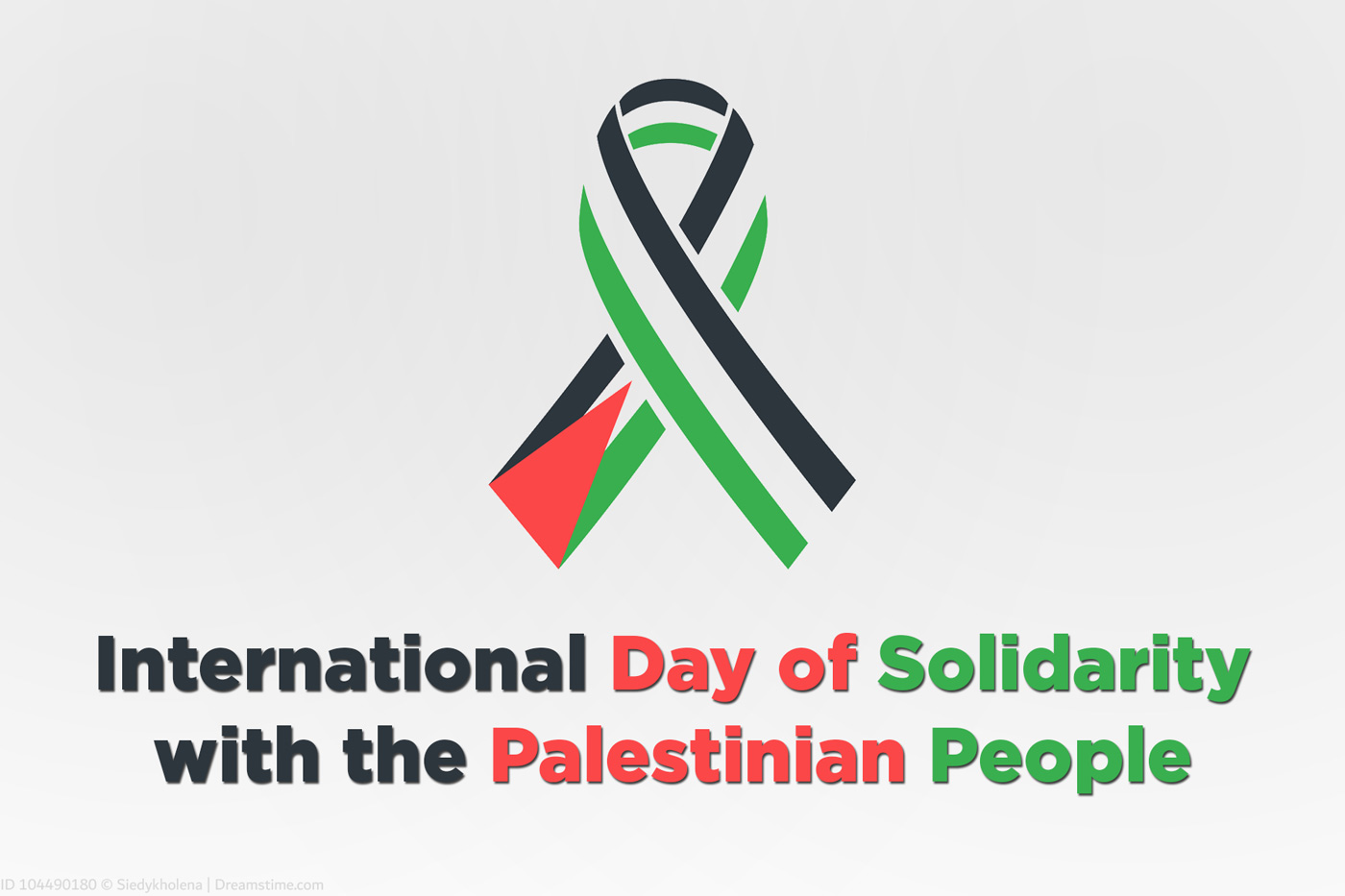 In 1977, the General Assembly called for the annual observance of 29 November as the International Day of Solidarity with the Palestinian People. The observance of this day is a crucial reminder to the international community that the Palestinian people continue to struggle for self-determination, independence and freedom. Palestinians living in the Gaza Strip and West Bank, including East Jerusalem, continue to live under a 50-year long Israeli military occupation and its violent settler-colonial practices that include: home demolitions, house evictions, residency revocations, settlement expansion, child arrests, arbitrary detentions, torture and denial of freedom of movement amongst other issues. Special mention must go Palestinians in Gaza, peacefully protesting since March 30th of this year to demand an end to the Israeli siege and for their right of return. Israeli authorities have killed over 200 demonstrators, in what amounts to extra-judicial killings that targeted paramedics, journalists and children.

Palestinian living inside the state of Israel are increasingly treated as second-class citizens with state-sectioned laws such as the recent ‘Jewish Nation-State’ law continue to deprive them of the equality citizens are granted in democracies. We must not forget about the Palestinian refugees in exile across the Arab region, living in refugee camps and facing discrimination in host countries. In particular, Palestinian refugees from Syria have been caught up in the violence of the war-torn country and as the conflict enters a new phase, their status and ability to return to their homes remains uncertain.  The US-Israeli campaign against UNRWA continues to threaten Palestinian refugees’ precarious status and poses serious concerns that the potential lack of aid will further disrupt their livelihoods. Yet Palestinian refugees remain committed to fighting for their right of return to their homeland and to bring to an end Israel’s apartheid regime.

On the International Day of Solidarity with the Palestinian People, the PRC encourages UN bodies, governments and civil society to publicity show support for the Palestinian cause and redouble their efforts to hold the Israeli government accountable, in particular by means of boycotts, economic sanctions and arms embargoes, for all its violations against the Palestinian people.