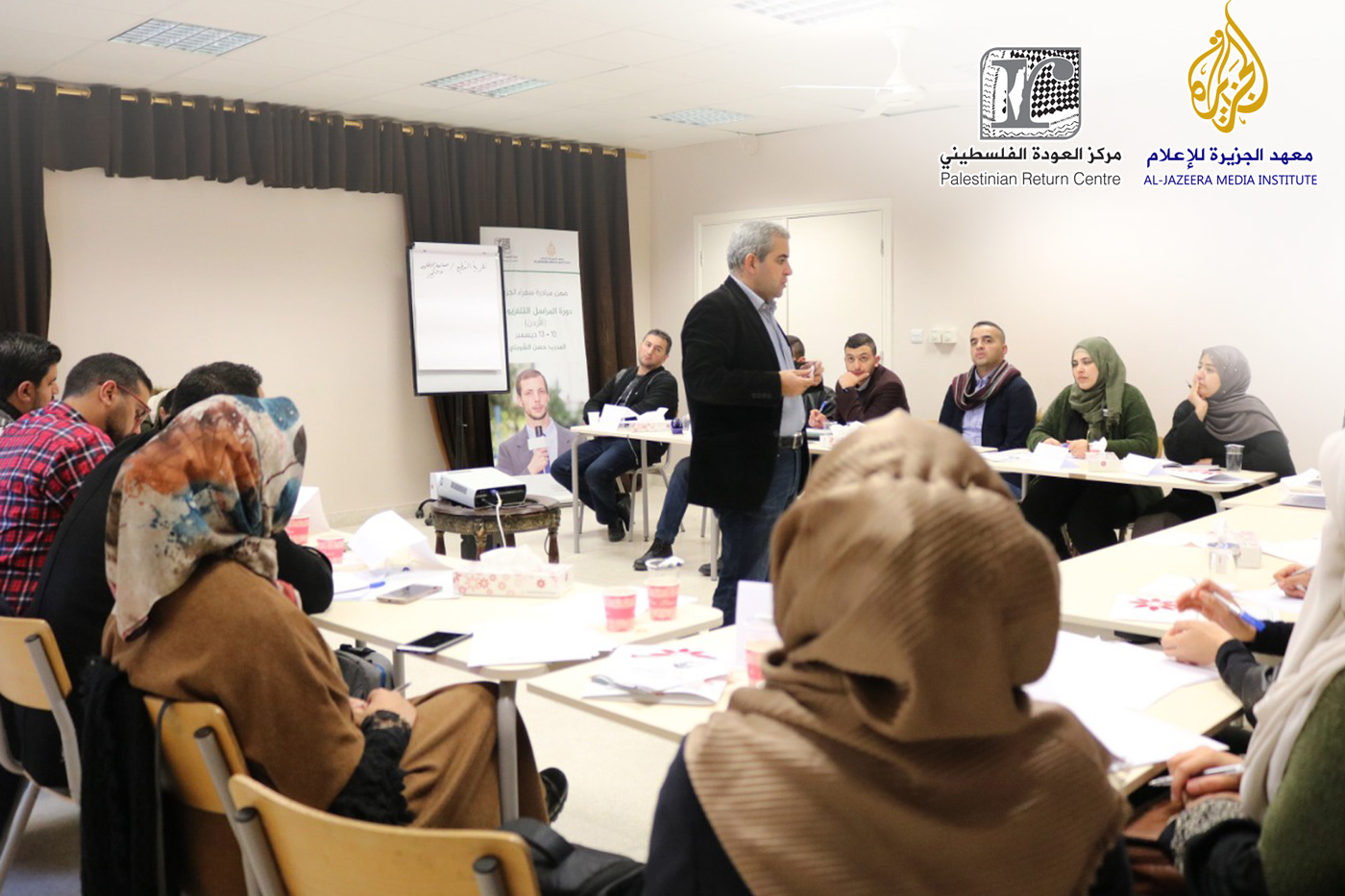 The Palestinian Return Centre (PRC) has launched a training course “TV Reporter” in partnership with Al Jazeera Media Institute, being held between 10 and 13 of December 2018 in Amman, Jordan.

This course is part of “Aljazeera Ambassadors Programme” which has been implemented by the Al Jazeera Media Institute. The programme includes media training for dozens of Palestinian refugee youths and it aims at raising the capacity of knowledge and education for the youth and to teache them the standards of journalism including editing, editorial policy etc.

According to PRC, the courses is part of the centre’s agenda to build the capacity and raise the level of literacy in the refugee camps. This comes at a time where many Palestinian refugees are being denied their basic rights across host countries.

This is iniative is part an ongoing program by the PRC and Al Jazeera Media Institute in which they have launched a number of similar projects in the refugee camps in Lebanon, Turkey and West Bank.