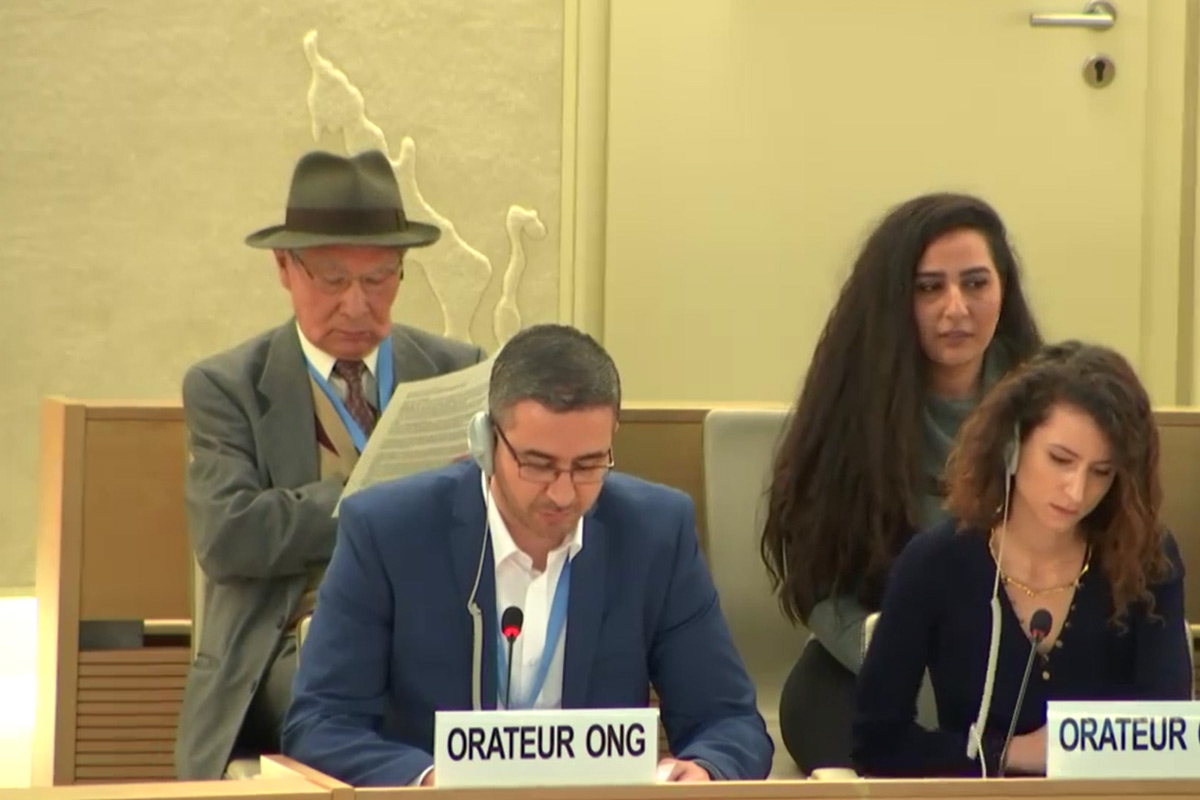 Two oral statements were delivered by the Palestinian Return Centre (PRC) on Tuesday, March 12, as part of Agenda Item 4 of the 40th session of the UN Human Rights Council (UNHRC).

The first statement underscored the situation of 1,500 Palestinian refugees taking shelter in the poorly-equipped Deir BalloutCamp for nearly one year. PRC reminded the chairperson and distinguished delegates of the disastrous fallouts wrought by the river floods, snowstorms, and freezing temperatures that swamped the area over recent months and which took away the lives of a number of refugees. Medical neglect has made the situation far more alarming.

PRC’s speaker condemned the United Nations Relief and Works Agency for Palestine Refugees in the Near East (UNRWA) for turning its back on the refugees’ cries for help on account that access is extremely difficult to the tension-stricken area. PRCfurther lashed out at the United Nations High Commissioner for Refugees (UNHCR), which continues to rebuff the refugees’ appeals for urgent assistance on account that the mission makes part of UNRWA’s contemporary mandate.

PRC also urged the Turkish government to intervene at the soonest time possible and work on replacing ramshackle refugee tents with walled houses or mobile homes pending a just and lasting solution to the refugees’ plight.

The second oral contribution warned of the situation endured by dozens of Palestinian refugees who fled war-torn Syria to the Kingdom of Thailand. The refugees risk to be forcibly sent back to Syria or tossed into Thai detention centers for indefinite periods of time.

PRC called on the UNHCR, as the body mandated with promoting and protecting Palestinians’ human rights that are guaranteed under international law, to work out the refugees’ legal status after dozens of them overstayed their visas and have, thus, been sent to jail.

PRC urged the UNHCR and Thai authorities to combine forces in order to save the lives of some 179 Palestinian families, among them 50 from Syria, who continue to live in a state of perpetual fear and deep-seated trauma in Thailand. PRC pushed for the immediate release of dozens of nonviolent refugees who took to the street to speak up for their rights.

PRC also submitted two written reports about the situation of the Palestinian refugees in Thailand and Egypt. The reports were officially taken onboard by the UNHRC as authentic UN-archived documents.

The two reports can be read and downloaded via the following links:

A side-event onboard of UNHRC’s 40th session in Geneva is also slated to be held on Tuesday, March 13, to discuss the precarious situation of Palestinian refugees in northern Syria. PRC will also hold another seminar and deliver other oral statements as part of Agenda Item 7 and Item 9.