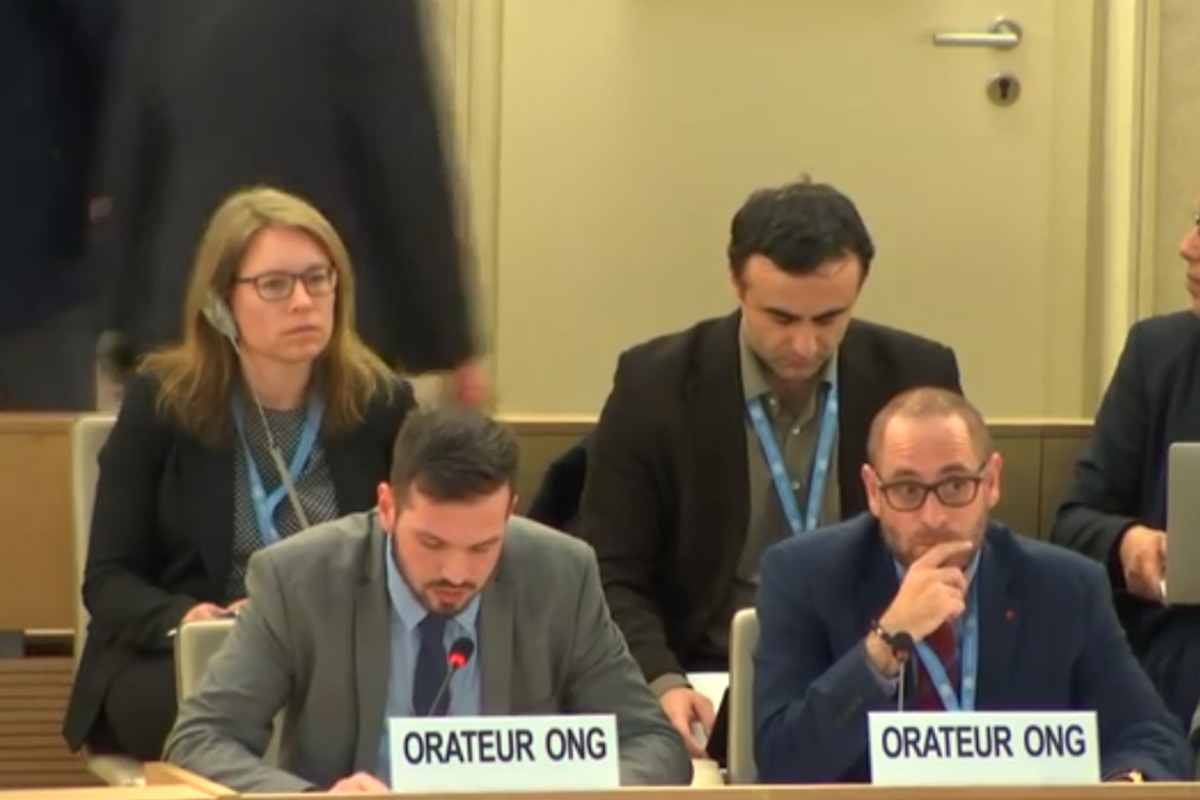 In an oral statement delivered before the distinguished delegates of the UN Human Rights Council (UNHRC), the Palestinian Return Centre (PRC) condemned the decision of the UN High Commissioner for Human Rights to postpone the release of a database of companies operating in illegal Israeli settlements in the occupied West Bank.

PRC warned that the UN’s delay to release a comprehensive list of companies involved in illegal trade with Israel provides a legal shield to such parties and imposes a new facts on the ground at the expense of Palestinians’ human rights.

PRC also called for serious measures in response to the illegal practices and human rights violations in which such companies are involved. These include arbitrary land confiscations and misappropriation of local resources at the expense of Palestinians’ own lands and rights.

The statement was read out by PRC’s speaker as part of Agenda Item 7 of the UNHRC’s 40th session in Geneva.