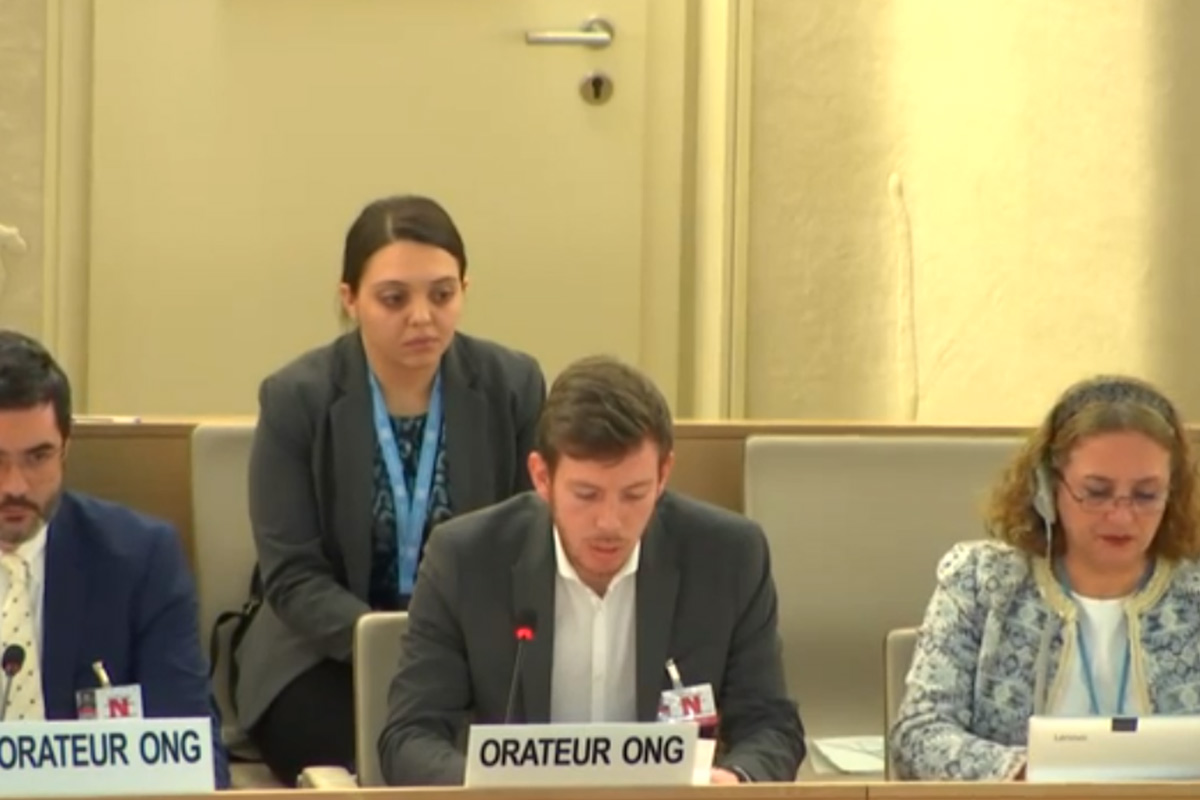 In an oral statement read out before the members of the UN Human Rights Council (UNHRC), the Palestinian Return Centre (PRC) lauded the findings of a report by the UN Independent Commission of Inquiry on the Protests in the Occupied Palestinian Territory.

PRC’s standpoint was voiced as part of the 40th session of the UNHRC held in Geneva.

PRC acclaimed the Commission’s recognition of the peaceful nature of the Great March of Return protests staged at the Gaza border, near the fence separating the blockaded Gaza Strip and Israel.

PRC called on all member states to translate the Commission’s recommendations into action, to impose sanctions, including travel bans and asset freezing, on persons and parties involved in human rights violations against the peaceful marchers, and to round up those involved in such internationally-condemned crimes.

The report found out that Israeli soldiers deliberately unleashed live fire and high velocity bullets toward civilians, including children, by-standers, journalists, paramedics, and persons with disabilities, in an attempt to maim the protesters and disband the peaceful march.

The UN Commission leveled heavy criticism at Israel’s obstinacy to launch a serious probe into such crimes, hold those responsible to account, and to secure compensations for the injured and for the casualties’ families as stipulated by international laws.

As figures in the comprehensive report, Israeli soldiers’ application of lethal force was in the majority of cases authorized unlawfully. The Commission found there was no justification for Israel’s forces killing and injuring persons who pose no imminent threat of death or serious injury to those around them

“The Israeli forces committed violations of international human rights and humanitarian law. Some of those violations may constitute war crimes or crimes against humanity and must be immediately investigated by Israel”, the UN report read.

The UNHRC mandated the Commission on May 18, 2018 to investigate all alleged violations and abuses of international humanitarian law and international human rights law in the Occupied Palestinian Territory, in the context of the large-scale protests in Gaza from March 30, 2018 to December 31, 2018. A team of experienced investigators assisted the commissioners. A set of affidavits and live footages was dispatched to the Commission by PRC, among other NGOs and human rights monitors.