UNHRC Side-event: Gaza One Year on, the Great March of Return 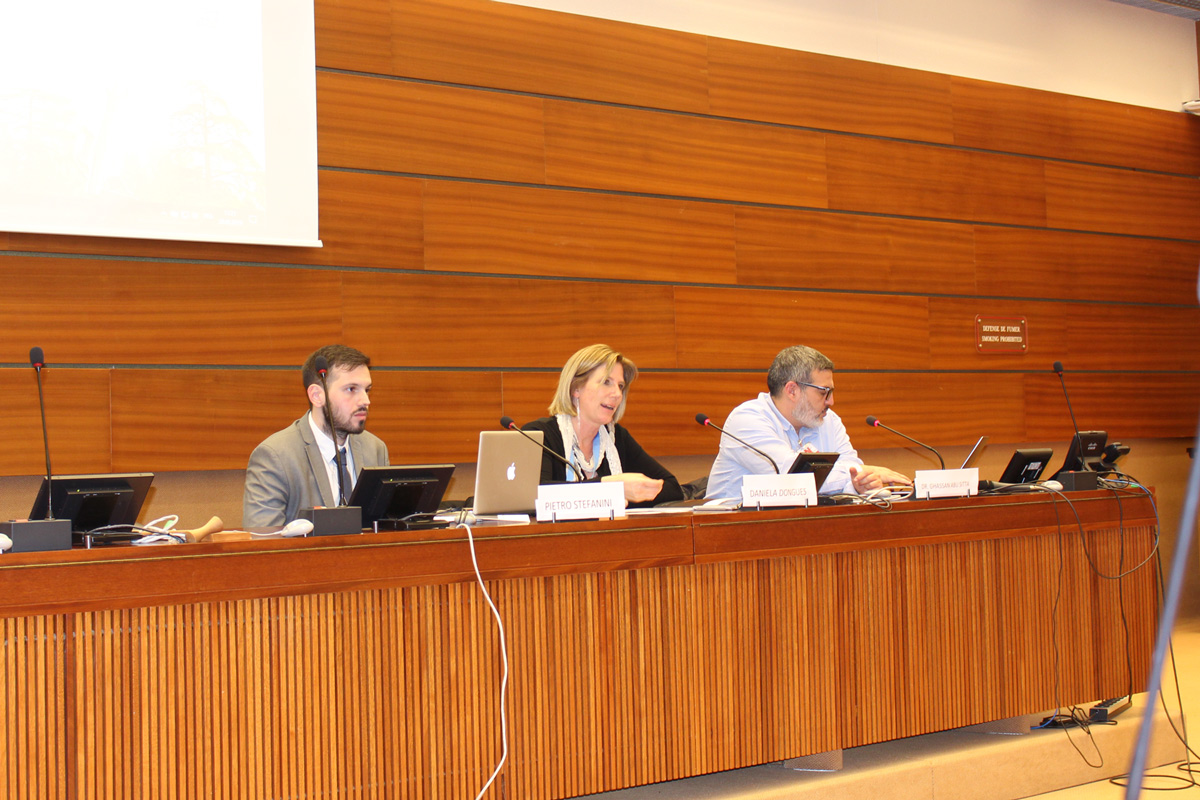 The Palestinian Return Centre held a side event on Wednesday, during the 40th session of the Human Rights Council, on the topic of the Great March of Return, which will reach its first anniversary on the 30th of March 2019.

The speakers, Pietro Stefanini and Dr. Ghassan Abu Sitta, shed light on the response of the Israeli security forces to the Great March of Return and the position of the international community.

Stefanini also read a statement by Ahmad Abu Artema, journalist and one of the organizers of the Great March of Return. The statement emphasised the value of peaceful resistance, and stated that the Palestinian people are wishing for a just and long-lasting peace, based on the values of humanity, justice, and equality for all.

Dr. Abu Sitta is the founder of the Conflict Medicine Program at the American University of Beirut, and travelled to Gaza to help treat wounded protesters in May 2018. In his intervention, he explained the nature of the injuries and the extent of the damage caused by the response of the Israeli security forces on individuals.

He also focused on the impact that the tactics used by the Israeli military had on the health system in Gaza, and the incapability of hospitals and health workers in Gaza to treat all wounded. He argued the scale of the Israeli response created a hierarchy in the health system in Gaza, as medical staff have to prioritize patients at the expense of others.

The side event comes in line with a number of other side events held by organizations advocating for Palestinians rights, in the light of the Human Rights Council session and the publication of reports on the Great March of Return and the situation of human rights in the occupied Palestinian territories.