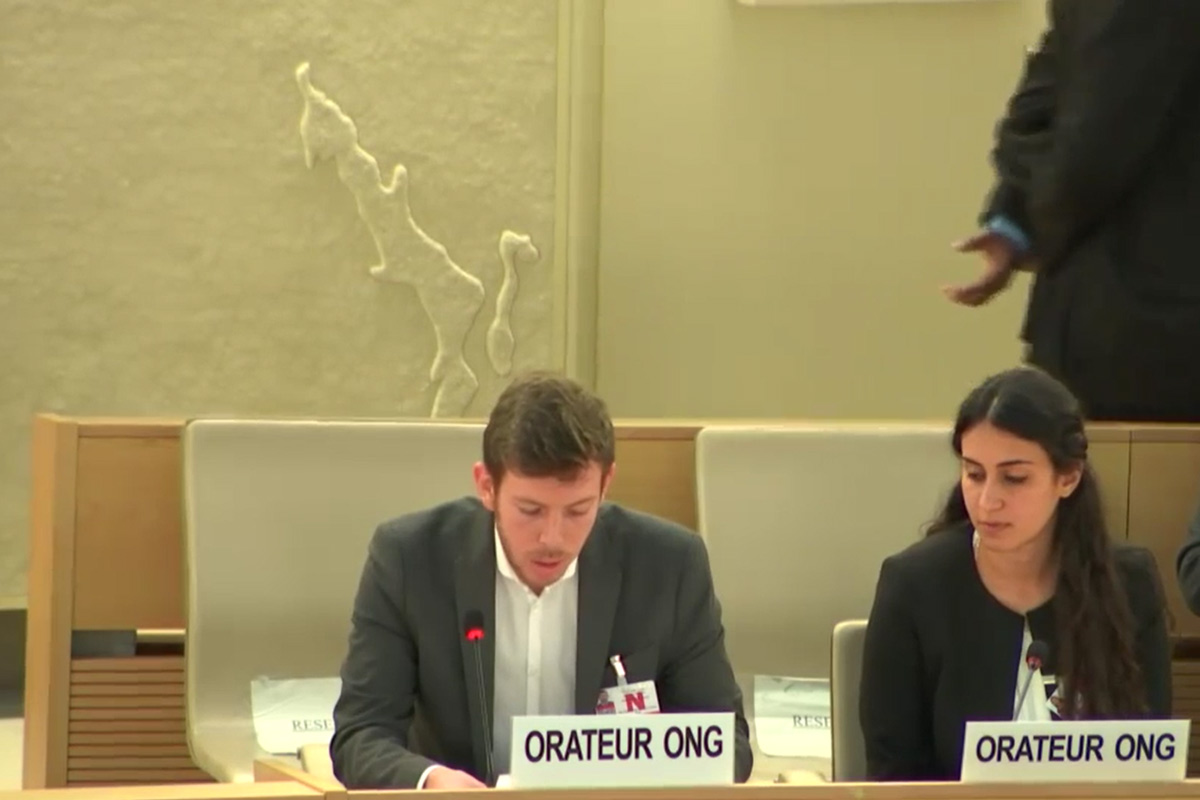 The Palestinian Return Centre (PRC) acclaimed the findings of a report by the UN Special Rapporteur Michael Lynk, in which the latter said that Israel’s exploitation of natural resources in the occupied Palestinian Territory for its own use is in direct violations of its legal responsibilities as an occupying power.

Presenting the report to the Human Rights Council in Geneva, Lynk condemned the degradation of Palestinians’ water supply, the exploitation of their natural resources, and the defacing of their environment, which he said all make part of Israel’s policy of usurping Palestinian natural resources, with vastly discriminatory consequences.

The report, focusing on the impact of the occupation on the environment and natural resources, said people living under occupation should be able to enjoy the full panoply of human rights enshrined in international law, in order to protect their sovereignty over their natural wealth.

The UN Rapporteur raised serious concerns about Israeli practices in relation to water, extraction of other resources, and environmental protection.

“With the collapse of natural resources of drinking water in Gaza and the inability of Palestinians to access most of their water sources in the West Bank, water has become a potent symbol of the systematic violation of human rights in the Occupied Palestinian Territory”, the Special Rapportuer warned.

Lynk stressed the obligation to adopt legal and institutional frameworks that protect against any environmental damage.

The report also questioned the ongoing use of excessive force by Israeli security forces against demonstrators in Gaza, and the near humanitarian catastrophe in the territory caused by the blockade.

Lynk also expressed fears about the fate of Palestinian families in East Jerusalem – nearly 200 of whom are at risk of forced eviction – and concern for human rights defenders facing increasing attacks on their credibility and pressure on funding.

Michael Lynk was designated by the UN Human Rights Council in 2016 as the Special Rapporteur on the situation of human rights in the Palestinian Territory occupied since 1967. The Special Rapporteurs are part of what is known as the Special Procedures of the Human Rights Council. Special Procedures, the largest body of independent experts in the UN Human Rights system, is the general name of the Council’s independent fact-finding and monitoring mechanisms that address either specific country situations or thematic issues in all parts of the world.