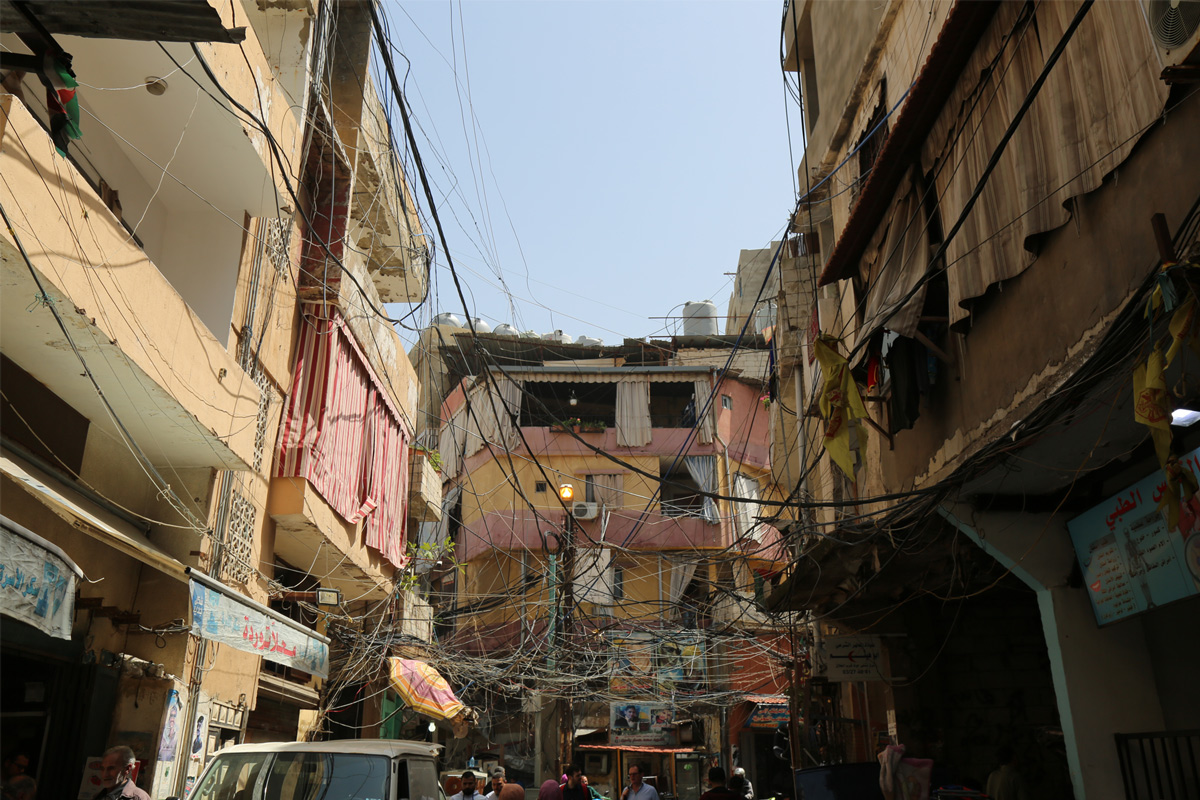 The goal of the visit was to give journalists an opportunity to report directly from the field and take a closer look at the situation of Palestinian refugees. The PRC wished to address two major issues through the visit of the delegation to the refugee camps. The first one is the challenge that faces the United Nations Relief and Works Agency for Palestine Refugees in the Near East (UNRWA) in terms of funding, which has been at a critical instability since the US decision to withdraw its contribution from the agency in 2018. UNRWA also faces a number of political attacks from various actors that try to dismiss the question of Palestinian refugees and the right to return.

The second concern the PRC wanted to address is the situation of Palestinian refugees in Lebanon. Palestinian refugees face high rates of poverty and unemployment, as well as uncertainties around the sustainability of the work of UNRWA and its provision of services such as health care and education.

The tour of the delegation included a visit to an UNRWA school and medical clinic in Beirut. Journalists had an opportunity to meet with the principal of the school, teachers and students. The delegation also met with UNRWA's Lebanon director Mr. Claudio Cordone, and a medical doctor working with UNRWA.

In Burj el Barajneh the delegation met with the Women's Program Association and with the Social Support Society Active Aging House.

The visit to Nahr El Bared camp allowed the delegation to take a closer look at the work of UNRWA there as they met with Nahr El Bared reconstruction project manager John Whyte. In the same visit met with the family of Mohammad Wahbe, a 3-year old refugee who died due to a serious brain condition at the end of 2018 because he was not admitted to any hospital in Lebanon until it was too late.

The Palestinian youth in refugee camps was a recurring theme throughout the visits of the delegation, as in Mar Elias camp it met with a delegation of youth activists, and in Shatila, the met with the Children and Youth Centre. It also had the opportunity to hear from a Palestinian family displaced from Syria, and visited the Sabra and Shatila massacre graveyard.

The tour was concluded with the delegation meeting the ambassador of the European Union in Lebanon, to discuss the situation of Palestinian refugees and refugee camps.