UNRWA should end only when Right of Return is implemented 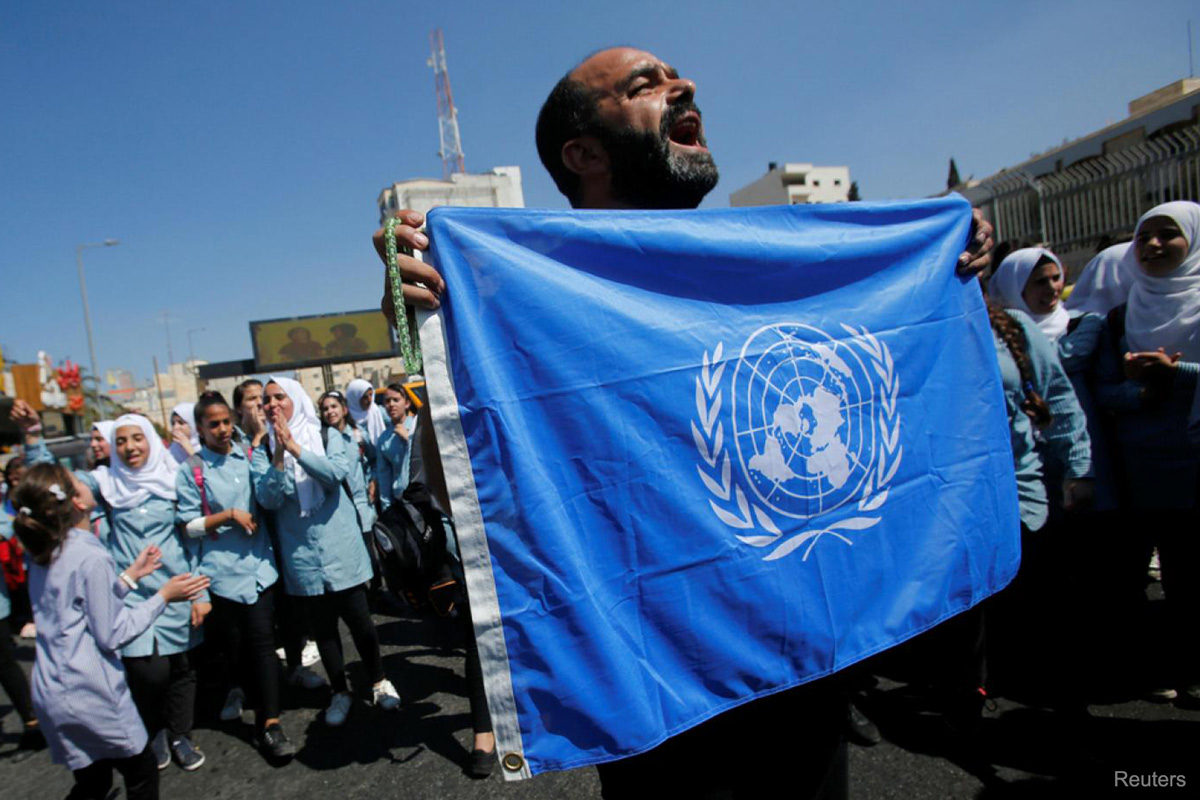 A Palestinian demonstrator holds UN flag during a rally against a US decision to cut funding to UNRWA, 26 September (Reuters)

The Palestinian Return Centre (PRC) condemns in the strongest terms the recent statement by the Israeli delegation at the United Nations and  by the United States (US) adviser Jason Greenblatt during the UN Security Council briefing on the Middle East.

Greenblatt stated: “We need to engage with host governments to start a conversation about planning the transition of UNRWA services to host governments, or to other international or local non-governmental organisations, as appropriate…the UNRWA model has failed the Palestinian people”.

UNRWA was created in 1949 due to the ethnic cleansing of approximately 800,000 indigenous Palestinians by Zionist militias in order to make way for the creation of a settler state. UNRWA's humanitarian assistance continues to be vital for the over 5 millions Palestinian refugees living either under military occupation or in exile.

The PRC stands firm against the continued political attacks by the US and Israel which aim to liquidate the Palestinian Right of Return.

We call on governments to reject the US suggestion that UNRWA should cease to operate and that host countries should become responsible for providing services to Palestinian refugees.

We reaffirm that Western nations hold the greatest responsibility in funding and supporting UNRWA due to their historical and ongoing complicity with the Israeli occupation.

UNRWA should continue to exist until the Palestinian Right of Return is implemented.