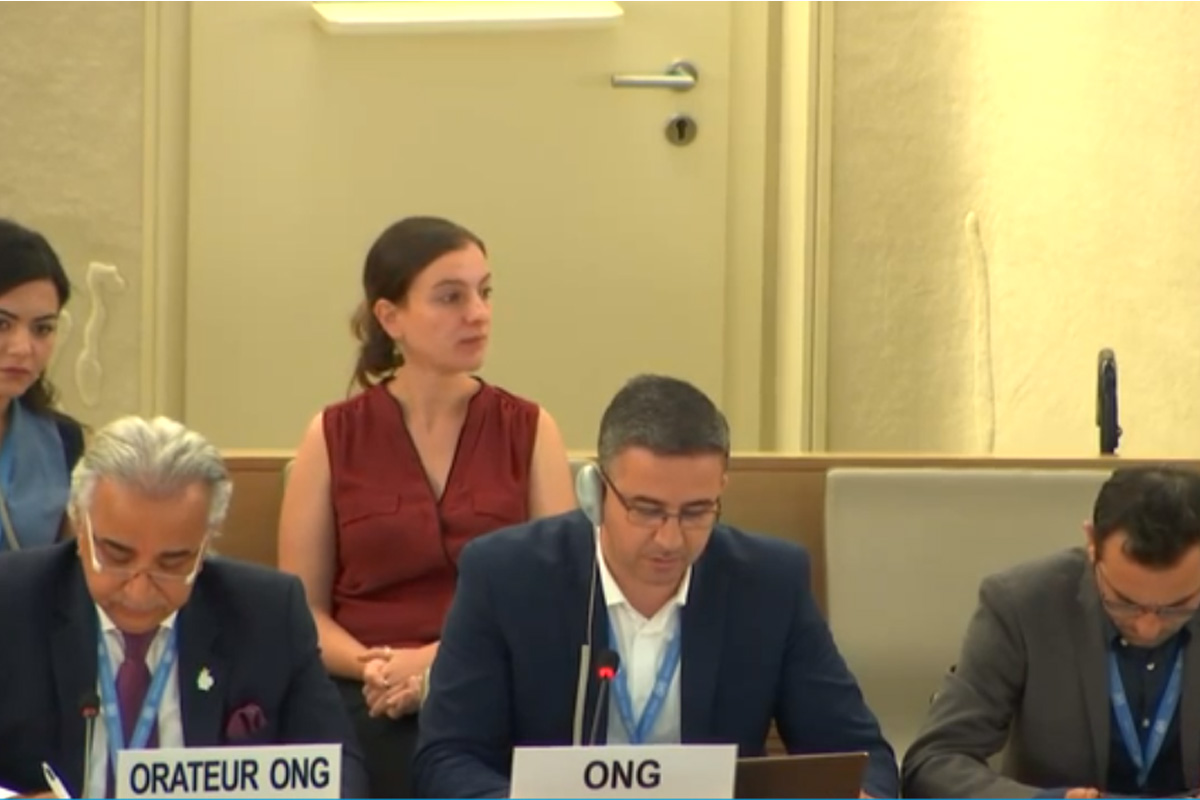 The Palestinian Return Centre (PRC) delivered, on Tuesday and Wednesday, two oral statements as part of Agenda Item 4 of the 41st Session of the United Nation Human Rights Council (UNHRC) in Geneva.

Addressing the International Commission of Inquiry on the Syria Arab Republic, PRC’s speaker warned of the flagrant psycho-physical abuses Palestinian women have been made to endure across the Syrian territories.

PRC said 500 Palestinian women have died of war-related incidents in the war-torn country, among 4,000 Palestine refugees who have been pronounced dead in Syria since 2011, according to updated statistics by AGPS.

At the same time, 109 Palestinian women and girls have gone forcibly disappeared in Syria’s state-run prisons, where dozens of others have also been tortured to death, PRC further warned.

PRC’s speaker also said there are currently hundreds of Palestinian women struggling for survival in northern Syria. Their children have been crammed in poorly-equipped tents. Scores of elderly women are on the verge of death, awaiting life-saving medicines that many believe will never come if urgent steps are not taken.

PRC called for serious steps to save women before it is too late, saying all concerned authorities should combine forces in order to pressurize the Syrian authorities to disclose the fate of forcibly-disappeared women, push for fair trials of those held behind prison bars, and ensure that women are granted the psycho-physical protection they quite urgently need, as stipulated by the international humanitarian law.

PRC said that all the way through the raging eight-year conflict, scores of Palestine refugees have been pronounced dead, arrested, or forcibly disappeared in the country. Many others have gone homeless as their refugee camps were reduced to rubble in the warfare.

Quoting the Action Group for Palestinians of Syria (AGPS), PRC said the war claimed the lives of nearly 4,000 Palestinian refugees and led to the incarceration of 1,800 others.

PRC also said that some 350 displaced Palestinian families have been stranded in the makeshift camps set up north of Syria. The list includes dozens of families who have had women as their sole breadwinners. High rates of unemployment, the absence of relief assistance, and the security turmoil have made the situation far more alarming.

PRC stressed the need for the UNHRC to pressurize the Syrian government and all other concerned authorities to secure the safe return of displaced Palestinian families to their homes and urge UNRWA to hand over much-needed aids to the refugees.

PRC called for urgent action to protect the refugees, both physically and legally, and to disclose the fate of forcibly disappeared persons.

Other contributions will be made by PRC at UNHRC’s 41st session, kick-started on June 24 and slated to be wrapped up on July 12.