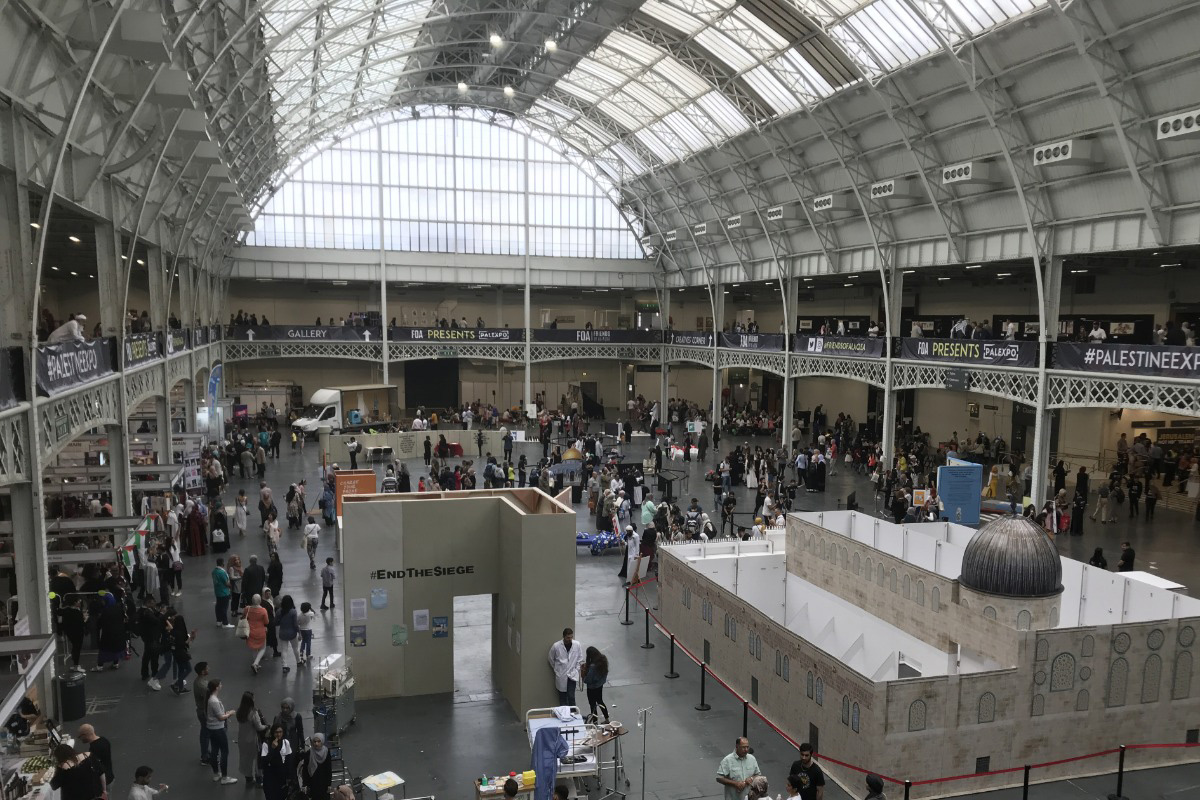 View from the exhibitions pavilion at Pal Expo

Saturday, July 6, marked the launch of the Palestine Expo, the biggest pro-Palestine event across the European continent. Hundreds of activists and NGO representatives from across the globe attended the two-day event, held at London’s Olympia exhibition centre. At the heart of the event lies a celebration of Palestinian culture, history and arts.

Palestine Expo is organized by the UK-based Friends of Alaqsa, concerned with defending the rights of Palestinians and protecting holy AlAqsa Mosque in Jerusalem.

Seeking to celebrate and revive Palestinian history and culture, Palestine Expo puts on display art galleries at the same time as it fosters discussion and activism to that end.

Key issues discussed at the event include the Israeli Nation State Law, Israel’s apartheid policies, the Great March of Return staged at the Gaza border, the US-drafted “deal of the century”, and the cultural boycott of the Israeli occupation, along with Israel’s illegal settlement activity and demolition policy across the occupied Palestinian territories.

A giant statue of AlAqsa Mosque has been installed inside Olympia London Hall. Data about its different components are processed in several different languages. Next to AlAqsa, stands a three-dimensional representation of AlShifaa Hospital, Gaza’s largest hospital, in an attempt to raise alarm bells over the dire humanitarian situation endured by Palestinians in the Israeli-blockaded enclave.

A series of items whose shipment into and out of the Gaza Strip is banned by Israel has also been put on display. Culture and heritage stalls, food and activities for children including a mosaic art stall and a theater event figure at the exposition.

In its debut in 2017, staged at Queen Elizabeth Hall, the event attracted over 15,000 visitors. This year’s event, the second of its kind, has garnered the support of over 25 institutions and NGOs across the UK, including the Palestinian Return Centre (PRC).