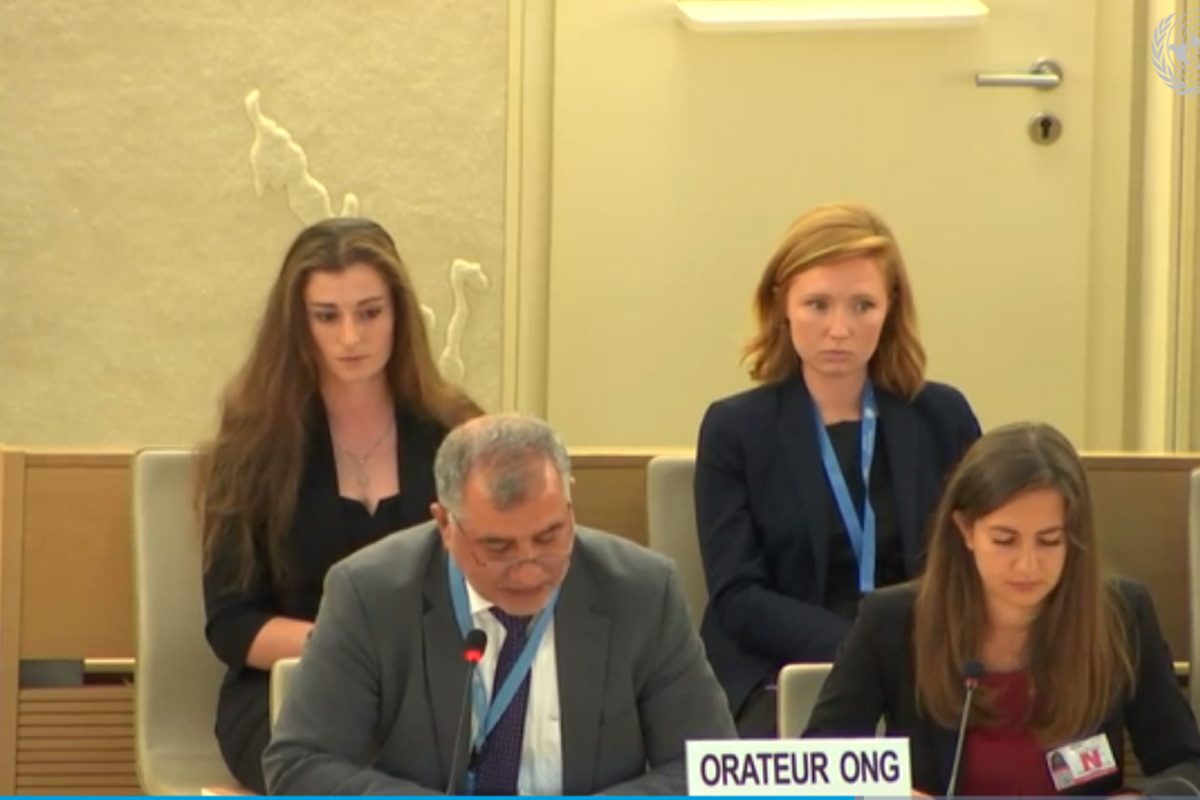 The Palestinian Return Centre (PRC) called on the UN High Commissioner for Human Rights, Michelle Bachelet, to set a definite date for the release of a database of companies operating in illegal Israeli settlements in the occupied West Bank, in compliance with the UN resolution issued in 2016.

In an oral statement delivered at the UN Human Rights Council (UNHRC) in Geneva on Monday as part of Agenda Item 7, PRC’s director, Majed Al-Zeer, expressed deep concern over the UN’s reluctance to release a comprehensive list of companies involved in illegal trade with Israel, which he said gives Israel further room to prop up its agenda at the expense of Palestinians’ rights.

Israel and the US have left no stone unturned to have agenda item 7, discussing the human rights situation in Palestine and other occupied Arab territories, pulled out of the UNHRC. The propaganda against agenda item 7 is serving to divert attention from Israeli violations and, as a result, deplete any chances of Palestinians regaining their rights.

At the same time, Mr. Al-Zeer stressed Palestinians’ commitment to their right of return to their homeland and acclaimed the vital role played by UNRWA in providing core essential services to over 5 million Palestine refugees living under the Israeli occupation or scattered overseas.

PRC’s director called on the world’s governments to rebuff the US-backed calls for rescinding UNRWA’s mandate and having host countries take over the services it provides across the Middle East.

Mr. Al-Zeer said western countries should atone for their pro-Israel bias and boost funds for the refugee agency, adding that UNRWA should keep up its mandate until Palestine refugees return to their homes and villages.

Al-Zeer’s statement is the latest in a number of contributions made by PRC to speak up for Palestinian refugees at UNHRC’s 41st session, kick-started on June 24 and slated to be wrapped up on July 12.