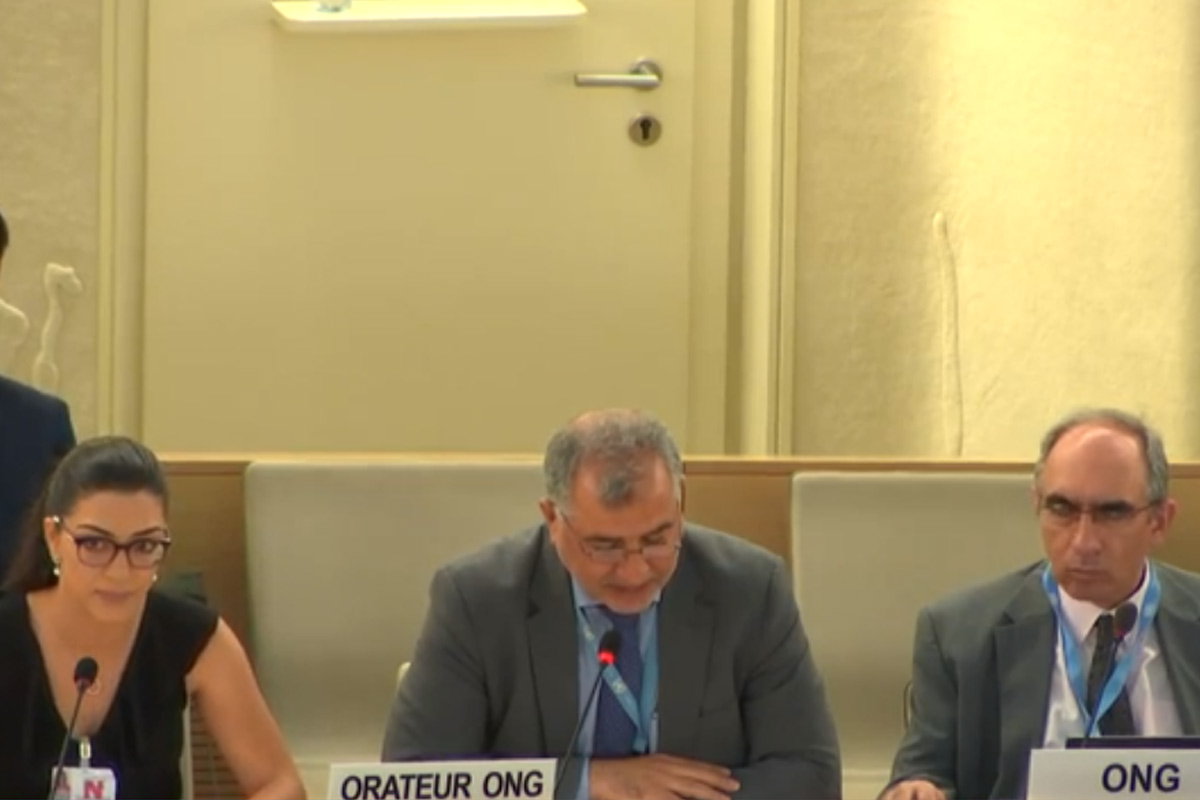 Addressing the UNHRC in Geneva, PRC’s director, Majed Al-Zeer, warned of the fallouts of Israel’s Nation State Bill, adopted by the Knesset last year. The law recognizes Hebrew as Israel's main language and downgrades the status of the Arabic language.

PRC’s director said the bill is another sign of Israel’s racist policies against the Palestinians, adding that Palestinians with Israeli citizenship have been subjected to racial discrimination in their access to basic services and amenities.

Mr. Al-Zeer spoke out against the home demolitions and displacement Palestinians have been enduring round the clock. Their personal freedoms, including free speech and the right to peaceful protests, have also been infringed.

The latest of such infringements occurred last week, when lawyer Nariman Shahada AlZu’bi, from the Legal Center for Arab Minority Rights in Israel (Adalah) was denied the right to get into a public park, along with her toddler, in Afula city, in Israel. She is a resident of Nazareth city.

Mr. Al-Zeer also said that the Nation State Law gives Israel green-light to build up illegal settlements on occupied Palestinian land, including in the West Bank and East Jerusalem, which he said represents a flagrant violation of international law and an undeniable proof of Israel’s unabated racism.

Al-Zeer’s statement is the fourth contribution made by PRC to speak up for the Palestinian cause at the UNHRC’s 41st session, kick-started on June 24 and slated to be wrapped up on July 12.