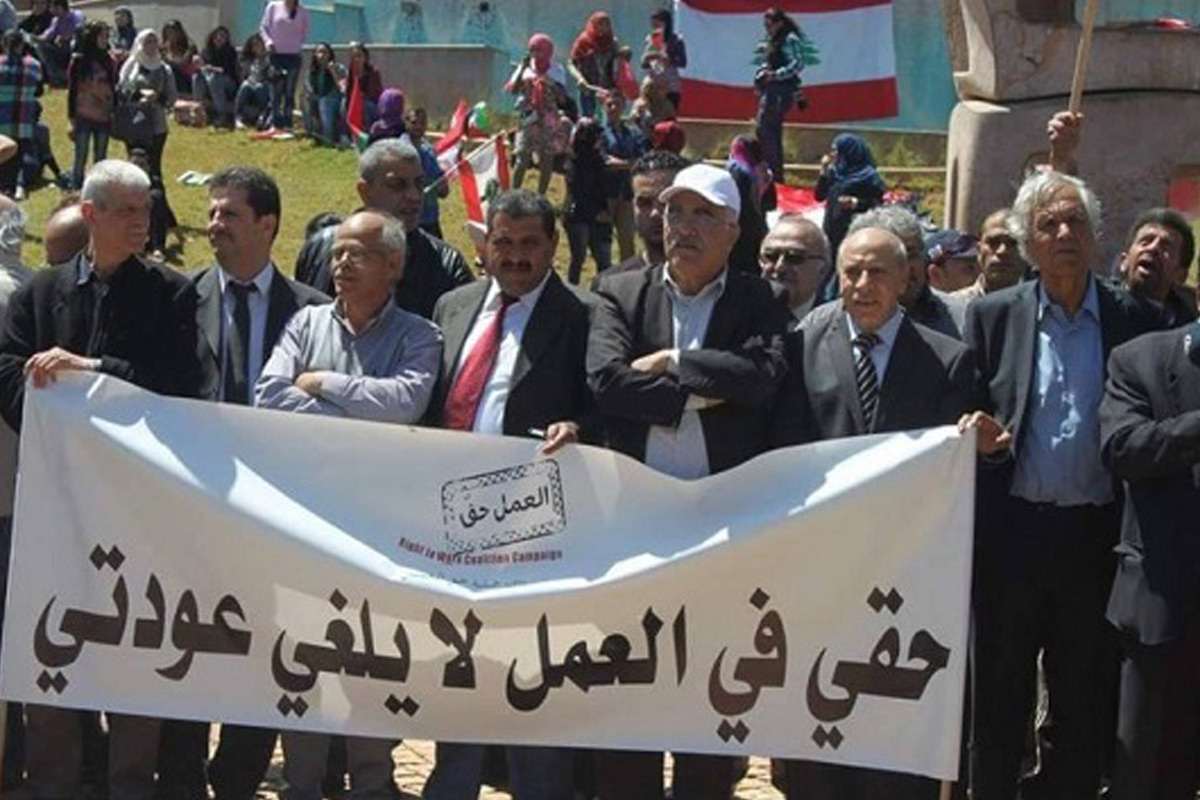 The Palestinian Return Centre (PRC) has called upon the Lebanese government to cease crackdowns against Palestinian shopkeepers and workers and to enhance employment laws governing labor rights for Palestinian refugees.

In a press statement issued on Monday, in response to a set of measures announced by Lebanon’s Ministry of Labor on June 6 to push out migrant workers and spur the outflow of irregular migrants in an attempt to get more Lebanese nationals working in the local labor market.

Measures adopted by the Lebanese ministry in this regard include shutting down companies owned or rented by foreigners without work permits and forcing companies operating in the Lebanese territories to localize 70% of the human resource capital.

The measure has resulted in hundreds of migrant workers, including Palestinian refugees, being laid off.

PRC is deeply concerned over the repercussions of Lebanon’s workforce localization policies which allegedly seek to rein in the influx of illegal migrants. Palestinians in Lebanon are legitimate refugees with a legal and political status recognized as such by the United Nations resolutions. There should, thus, be serious efforts to promote respect for Palestinian workers’ rights in Lebanon pending their return to their homeland—Palestine.

Such policies represent flagrant violations of the amendments of labor and social security laws 128/129 green-lighted by the national parliament in 2010 and which point out the exceptionally unique legal status of Palestinian workers, compared with other nationalities.

PRC is deeply concerned that such illegal measures might take a politicized turn in favor of anti-Palestine parties and force Palestinian refugees out of the country, which comes amid heightened concern over the fallouts of the US-drafted “deal of the century”.