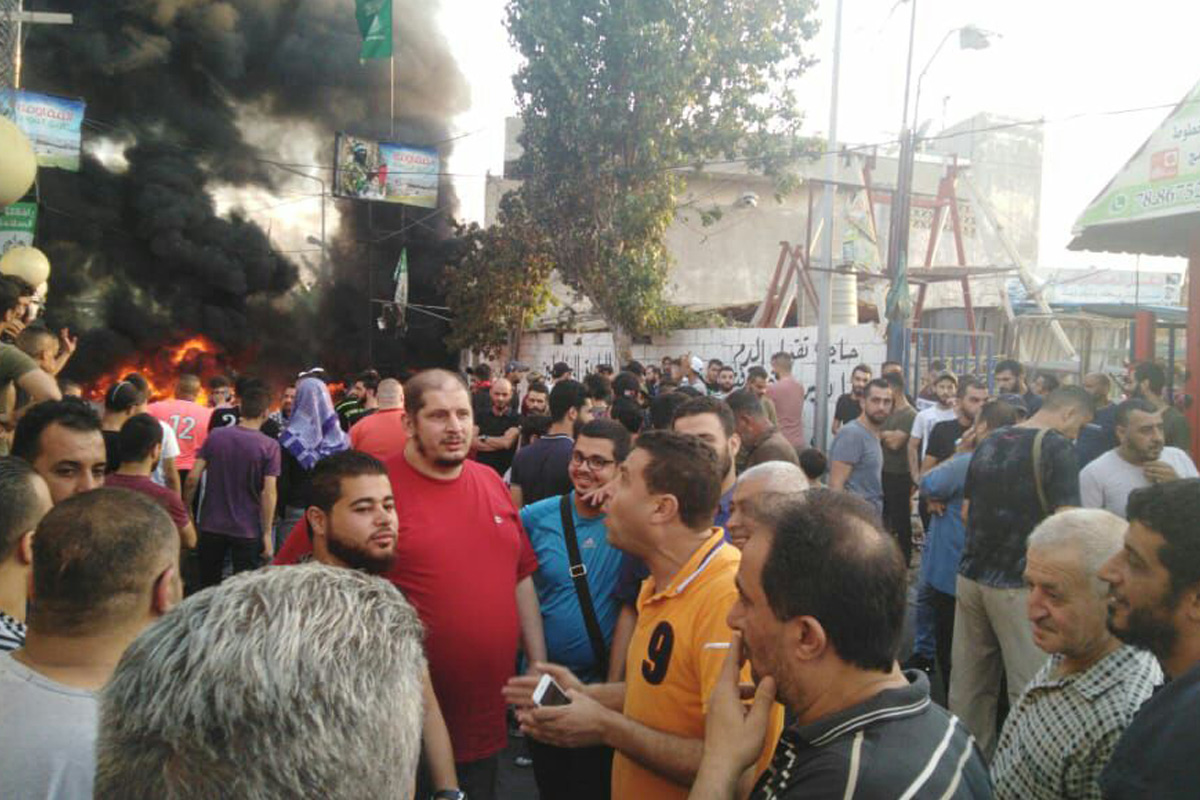 The Palestinian Return Centre (PRC) on Wednesday warned Lebanon’s embassies in London and Geneva against the fallouts of the severe measures pursued by the Lebanese Labor Minister Kamel Abu Suleiman against foreign workers, including Palestinian refugees, in Lebanon.

Under the “Combating illegal foreign workers” campaign, the Lebanese Labor Ministry has started cracking down on Palestinian workers and issuing legal and financial restrictions against their employers, PRC’s letter read.

PRC warned that under these new restrictions Palestinian refugees are required to obtain an official permit from authorities, which will likely affect their ability to continue working and providing for their families.

The letter cited the Lebanese-Palestinian Dialogue Committee which said that Palestinian refugees should not be targeted by the campaign as their status is protected under the law.

PRC stressed the need for the Lebanese government to opt for a long-term measure that guarantees Palestinians the right to work and to equality in Lebanon.

“It is unacceptable for the Lebanese government to continue targeting Palestinian refugees who are already facing state-sanctioned discrimination in numerous social and political sectors”, PRC said in the letter. “At a time when the US-Israeli attacks on UNRWA are causing further instability and uncertainty, Palestinian refugees deserve to be treated fairly and with respect.”

“These new measures go against the efforts of the Lebanese-Palestinian Dialogue Committee and are a violation of international law. The Lebanese government has a duty not to discriminate against Palestinian refugees”, added PRC.

In a press statement issued on Monday, in response to the set of measures announced by Lebanon’s Ministry of Labor on June 6 to push out migrant workers and spur the outflow of irregular migrants, PRC warned that Lebanon’s workforce localization policies will result in hundreds of Palestinian workers being laid off.

PRC said that Palestinians in Lebanon are legitimate refugees with a legal and political status recognized as such by the United Nations resolutions. There should, thus, be serious efforts to promote respect for Palestinian workers’ rights in Lebanon pending their return to their homeland—Palestine.

Recent measures adopted by the Lebanese ministry include shutting down companies owned or rented by foreigners without work permits and forcing companies operating in the Lebanese territories to localize 75% of the human resource capital.

PRC believes such policies represent flagrant violations of the amendments of labor and social security laws 128/129 passed by the national parliament in 2010 and which point out the exceptionally unique legal status of Palestinian workers, compared with other nationalities.