#LetIsmailIn - Palestinian Refugee Student at Harvard denied entry to the US 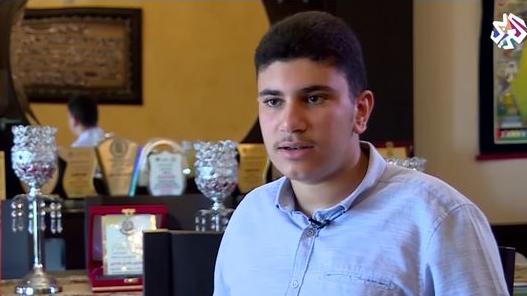 A young Palestinian refugee freshman due to begin a biology course at Harvard University was denied entry to the United States last Friday supposedly because of his friends' activity on social media.

The 17-year-old Ismail B. Ajjawi, Palestinian resident in Tyre, Lebanon, was held at Boston Logan International Airport for hours before his visa was revoked. Ismail was awarded the Hop Fund undergraduate scholarship by AMIDEAST, a US non-profit NGO and was ready to start the new academic year on 3rd September 2019 at Harvard University.

Upon his arrival at the Boston Airport, he was held by the US immigration officer who questioned him about his religious belief and religious practices in Lebanon.  According to the Harvard Crimson, Ajjawi was then asked to unlock his phone and laptop for the officer to search them thoroughly. The young Palestinian wrote: 'After the 5 hours ended, she called me into a room, and she started screaming at me. She said that she found people posting political points of view that oppose the US on my friend[s] list'.

According to his statement he stressed that his social media page was free of any kind of post expressing his political views, and that he never made any comments on his friends' posts. However, the officer revoked his visa and allowed him one phone call to his parents to warn them that he was being sent back.

The PRC expresses its concerns at the visa applications' rejection rate that has raised sharply since the Trump administration implemented the last version of the Travel Ban in 2018. The hard line policies on migrants have been the US President's signature policy since the beginning of his mandate. Indeed, Trump announced back in June that it will be mandatory for all the visitors and documented immigrants to submit their social media details when applying for a US visa.  This is a heavy blow to the right to freedom of expression and is reminiscent of tactics used by Israel's border security against Palestinians and international activists.

The PRC condemns the harsh immigration policies adopted by the Trump administration as they affect negatively the lives of migrants and refugees.

The PRC stresses that Ismail Ajjawi's rejection from the US comes amid other attacks to the Palestinian's right to education, as Israel has been granting fewer permits for Palestinians to study abroad and as the US cut to UNRWA are negatively impacting the agency and its capacity to provide education to Palestinian children.

Short Link : http://bit.ly/2NDp8Nv
Next Article
PRC to Brief UNHRC about Infringements of Palestinians’ Labor Rights in Lebanon
Previous Article
Competition for the Reconstruction of the Destroyed Palestinian Villages 1947-1949
Most Views
Related Posts