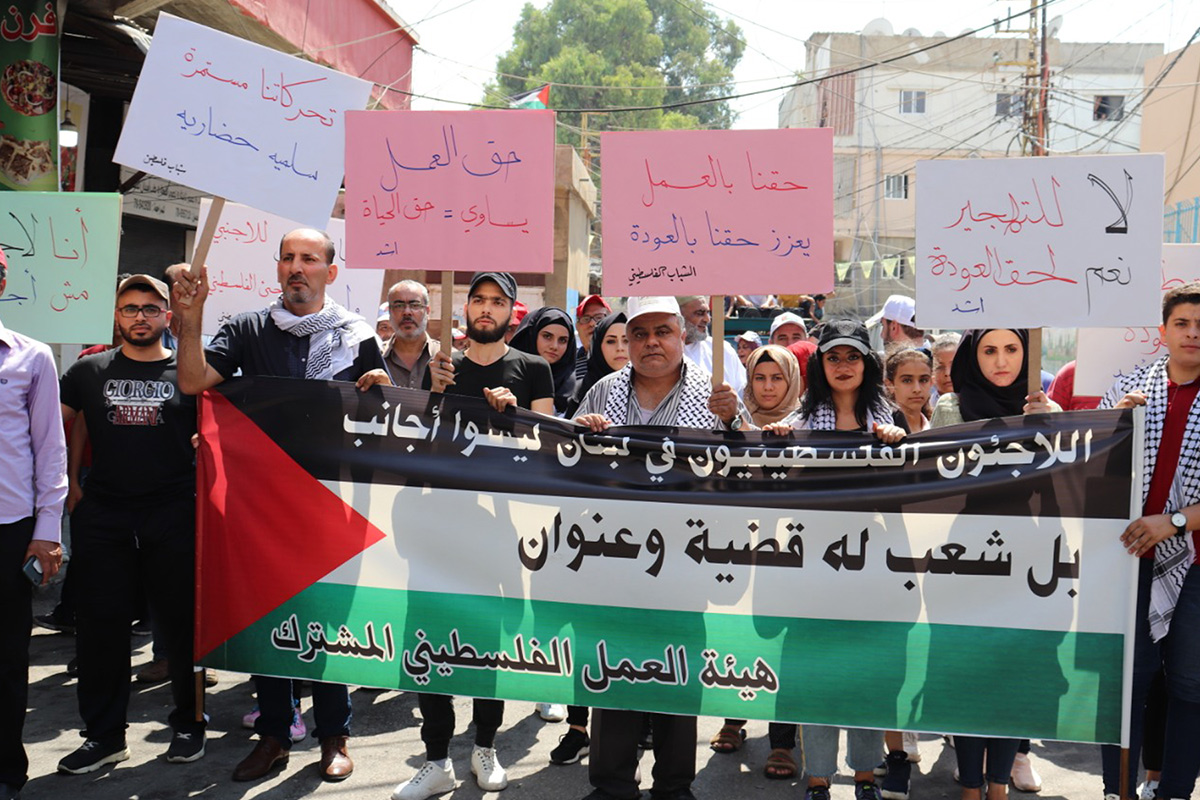 The London-based Palestinian Return Centre (PRC) has been gearing up to actively engage in the 42nd regular session of the United Nations Human Rights Council (UNHRC) kick-started a few days earlier in Geneva.

PRC’s contributions will particularly, but not exclusively, shed the light on the Lebanese government's crackdown on low-wage Palestinian workers.

As part of Agenda Item 9, PRC will sound the alarm over the discriminatory practices and human rights violations which Palestine refugees have been subjected to within the Lebanese polity over recent decades.

A written report was submitted by PRC to the UNHRC, which the latter archived under reference code A/HRC/42/NGO/120. The document outlines the measures pursued by the Lebanese Ministry of Labor to tighten grip on unlicensed workforce in the country.

International law prohibits any distinction, exclusion, restriction or preference based on race, color, descent, or national or ethnic origin which has the purpose or effect of nullifying or impairing the recognition, enjoyment or exercise, on an equal footing, of human rights and fundamental freedoms in the political, economic, social, cultural or any other field of public life.

International law also considers discrimination between human beings on the grounds of race, color or ethnic origin as an obstacle to friendly and peaceful relations among nations and a practice that disturbs peace and security among peoples and the harmony of persons living side by side even within one and the same State.

A series of meetings is slated to be convened by PRC on the sidelines of the UNHRC’s 42nd session in order to garner support for and solidarity with Palestinian migrant workers.

Over recent months, the Lebanese Ministry of Labor announced deadlines for companies to acquire work permits from unlicensed workers, including Palestine refugees. Once the deadline expired, the ministry began to close businesses that did not comply and imposed tough sanctions on employers/employees who breached the new regulations.