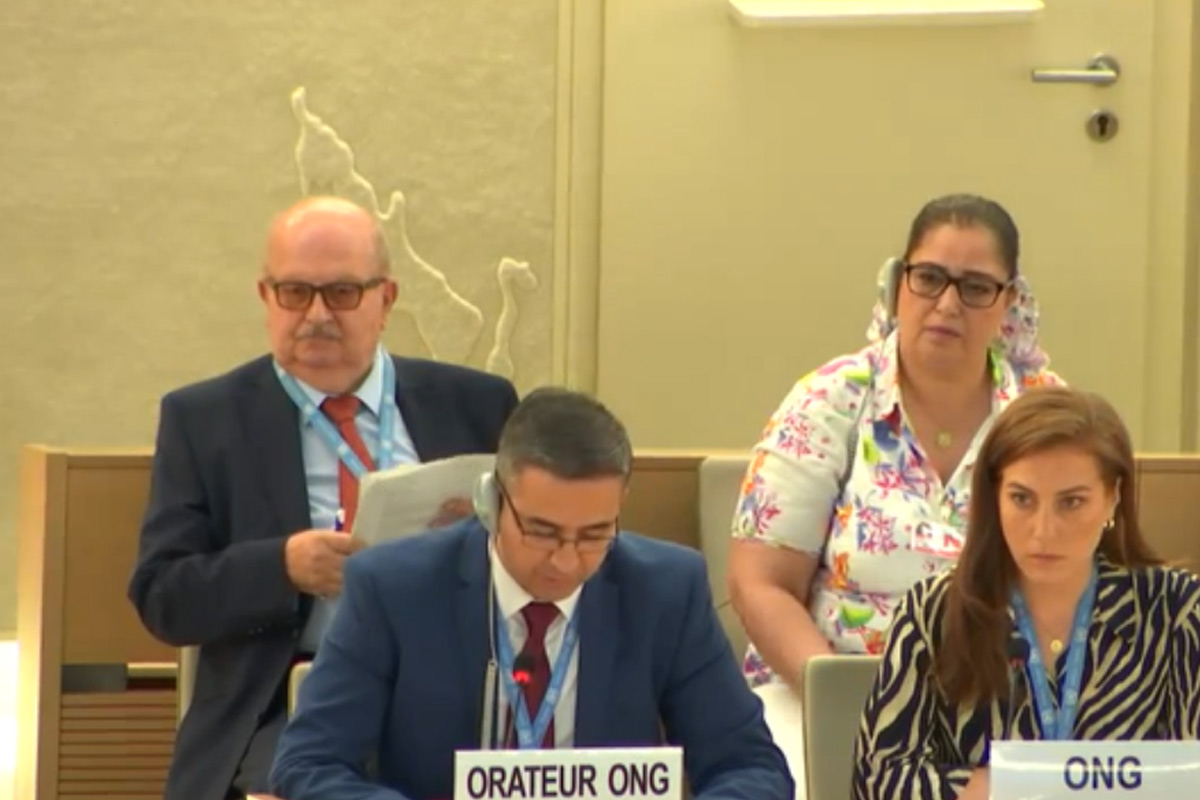 The London-based Palestinian Return Centre briefed on Tuesday the UN Human Rights Council (UNHRC) on the situation of Palestinian refugees who have fallen prey to enforced disappearance across the embattled Syrian territories.

In a statement delivered as part of Agenda Item 4 of the council’s 42nd regular session, kick-started in Geneva on September 9, PRC’s speaker said hundreds of families continue to appeal for information over the condition and whereabouts of their missing or secretly detained relatives in Syria.

PRC cited the case of Palestinian refugee Mootaz Bakr, who is one among thousands of others who have been enduring mysterious fates in Syria’s state-run prisons.

Quoting the appeals of Mootaz’s wife and son, PRC said Mootaz was kidnapped on January 7, 2013, at a Syrian government checkpoint pitched near the Hums-based AlAyedeeen Camp for Palestine refugees, on his way to his workplace.

The family’s vulnerable situation in Syria has left them prey to blackmail and forced them to stoop to extortion by brokers and crooked lawyers, the family was further quoted as stating by PRC.

Referring to data by the Action Group for Palestinians of Syria (AGPS), PRC’s delegate said up to 1,800 Palestine refugees have been secretly held behind Syria’s prison bars, where 600 others have also been tortured to death

“Thousands of children continue to glimpse through the windows of hope, awaiting their parents, brothers, sisters, and siblings whom they have not seen for years and whose pictures are only present in frames hung on the walls of their ruined homes”, PRC’s concluding sentences read.