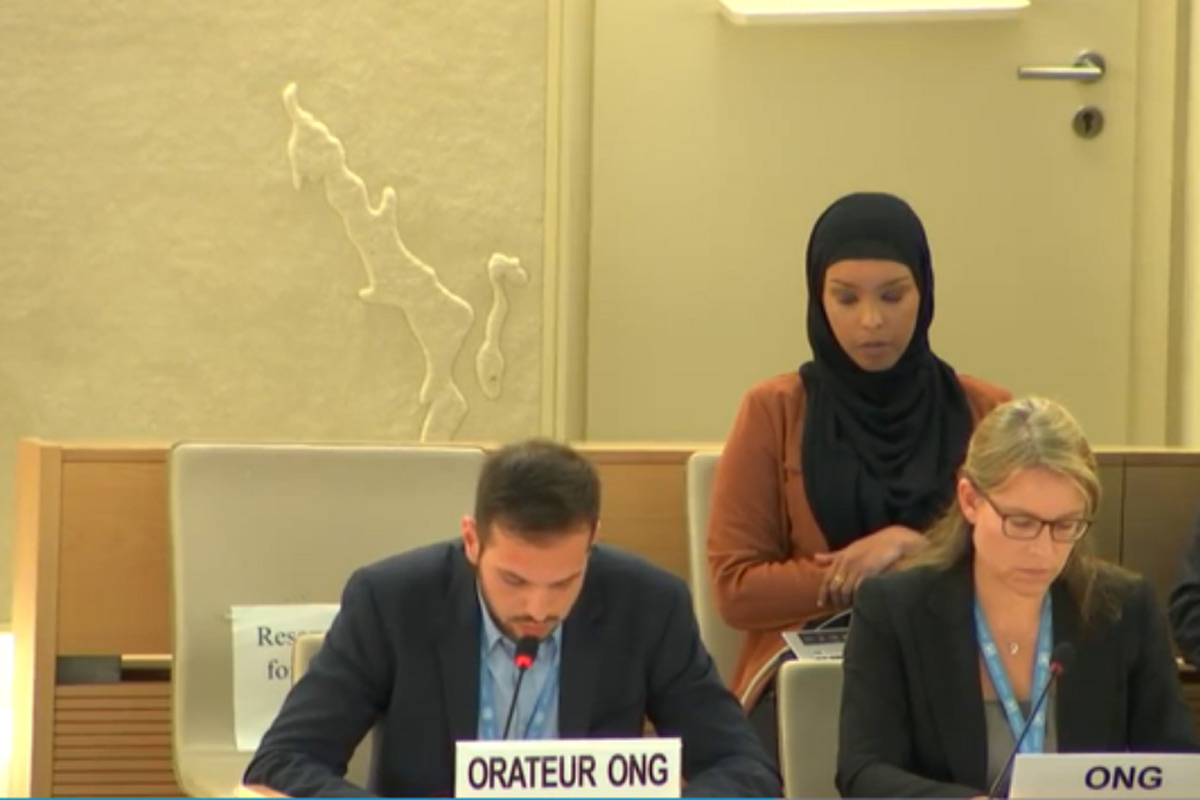 The London-based Palestinian Return Centre (PRC) called on the UN High Commissioner for Human Rights to set a date for the release of the database of companies conducting business in the illegal Israeli settlements in the West Bank.

In a statement delivered on Monday as part of Agenda Item 7 - Human rights situation in Palestine and other occupied Arab territories - of the council’s 42nd regular session, started in Geneva on September 23, PRC’s speaker: Pietro Stefanini expressed deep concerns about the decision of the United Nations High Commissioner for Human Rights to postpone the release of the database of companies conducting business in the illegal Israeli settlements in the West Bank.

PRC said the failure to release the database and make it public provided businesses with an opportunity to continue benefitting from operating in Israeli settlements with impunity.

PRC condemned the recent raiding of Palestinian NGO Addameer by Israeli occupation forces in what is an escalation part of the systematic attacks against the Palestinian civil society.

PRC called on states to condemn the continued policy of siege and closure imposed on the Occupied Gaza Strip. PRC referred to the continued use of lethal forces by Israeli occupation forces against peaceful protesters in the context of the Great March of Return, in which Palestinians continue to demand an end to the siege and to return to their homes and lands.

The Commission of Inquiry recommended that States consider imposing individual sanctions, such as a travel ban or an assets freeze, on those identified by the as responsible for violations.

PRC called on states to urgently implement these recommendations from the commission of inquiry in the interest of providing justice and accountability for Israeli violations.