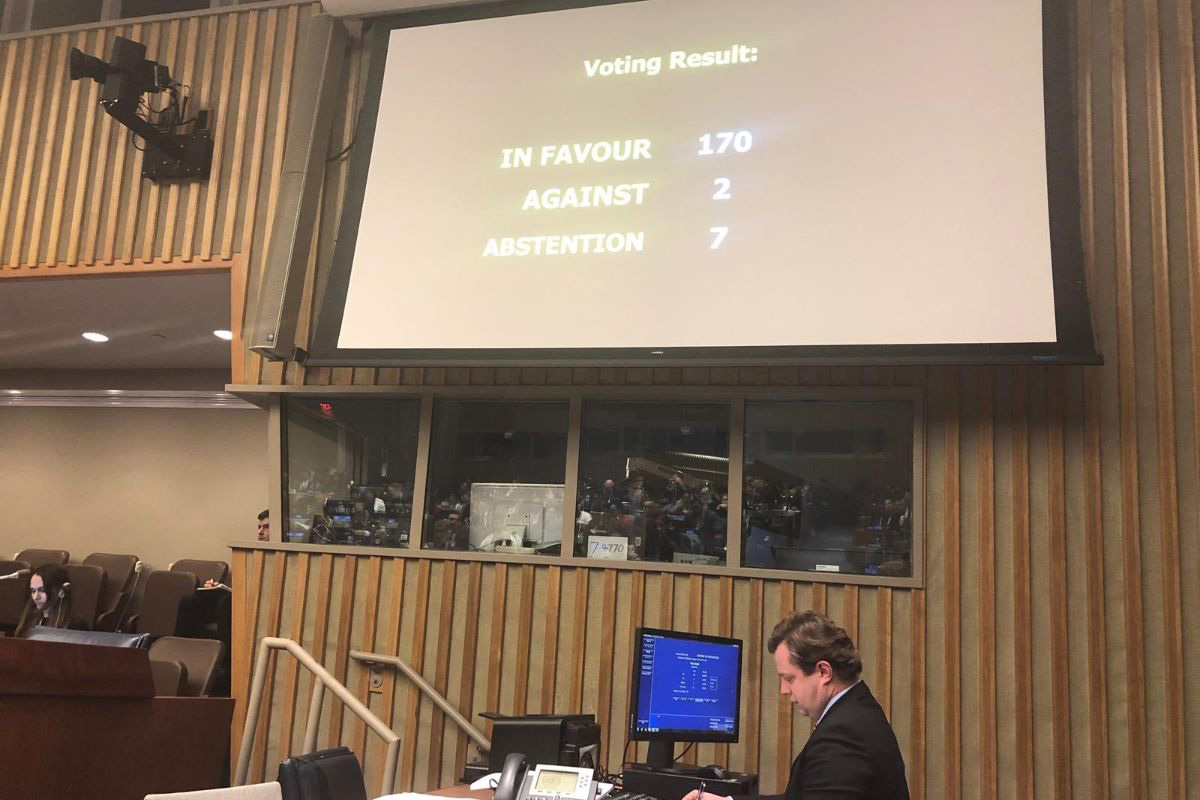 The Palestinian Return Centre (PRC) has welcomed the majority vote at the UN General Assembly in favor of a resolution to renew the mandate of the UN Palestine refugee agency (UNRWA) for another three years, despite unabated pressure by the US and Israel.

In an overwhelming show of support for the agency’s work, 170 Member States voted for the resolution. Unsurprisingly, only representatives for Israel and the U.S. voted against. Canada, Cameroon, Guatemala, Vanuatu, Micronesia, Marshall Islands and Nauru abstained.

PRC believes that the vote reflects an international consensus on the vital role of UNRWA and its legal, political and humanitarian status under Resolution 302, pending the return of Palestine refugees to their homeland from which they were displaced in 1948, as per Resolution 194.

The move comes at a sensitive time. Over recent months, Israel and the US have left no stone unturned to negate the status of Palestinian refugees, increase pressure on donor countries to cease financial and political support for UNRWA, and to pressurize member states to take a stand against the agency in December’s conclusive vote.

Friday’s vote represents a heavy blow dealt by UNGA’s member states to the US-Israel plots to defame the UN refugee agency and transfer management of refugees’ affairs to host countries.

PRC calls upon all Member States that voted in favor of UNRWA to renew their support for the agency’s mission in the final vote, slated to be held in early December.