Palestine Memorial Week in the UK 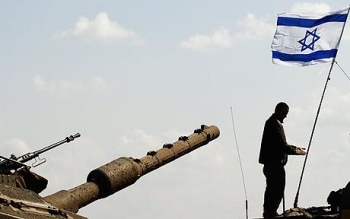 Palestine Memorial week will be lunched with the first anniversary of the indiscriminate war against the besieged people of Gaza approaching, a number of organizations based in the UK and Europe are preparing for a week of events and actions. The events which will last one week will remember the victims killed in more than 30 massacres like Dair Yasin, Qibya and Sabra-Shatlia.


In commemoration of the victims of Gaza and also in remembrance of six decades of brutality against the Palestinians, The Palestinian Return Centre (PRC), Palestinian Forum in the UK, European Campaign to End Siege on Gaza, Islamic forum of Europe (IFE), Federation of Student Islamic Societies (FOSIS), Muslim Association of Britain (MAB), Islamic Human Rights Commission in Britain (IHRC), Russell Tribunal, Student Council Goldsmith University and Action Palestine will be holding a number of events between 13th to 19th of January 2010.

The week will include a number of organized events in many cities with the main event on the evening of 13th of January.

Palestinian speakers from Gaza and the occupied territories will speak about the recent crisis caused by the Israeli army especially the last turmoil and onslaught in Gaza.

Prominent British MPs, supporters of Palestinian rights will take part in the event. Clare Short MP, Baroness Jenny Tonge, Bob Marshall - Andrews MP, Jeremy Corbyn MP and Lord Nazir Ahmed will participate in the event which is scheduled from 6 to 9-30 PM at friends house in London.

A Palestinian woman, Om Kamel, whose house was destroyed many times over in Occupied Jerusalem is expected to be among the key speakers. A gallery on Gaza's recent conditions and the last onslaught will be placed in the venue.

Ken Loach one of Britain most famous film directors is taking part on the conference of 13th January. Ewa Jasiewicz, an ISM  activist who lived in Gaza and worked with paramedics during the Israeli attack, will narrate part of her experience on the ground.

During the following days, between 14th and 19th of January, events will include the launching of the biggest parliamentarian delegation to Gaza. In the same day will include a screening of a movie, To Shot an Elephant, at Goldsmith University. On the 17th Of January, 1 PM to 5 PM speakers will deliver various speeches in English, Arabic, French and other languages at Hyde Park, Speaker Corner in london. There will also be a photo gallary in the place.

Action Palestine, a student body, will hold various workshops in Sussex Brighton and Manchester universities. The workshops will be within that week and timetables will be announced later on. PRC, which is concerned with Palestinian right of Return, see this week of actions as a key event which focuses on Palestinian Refugees. Most of the victims of the massacre in Gaza are Palestinian refugees including those within UNRWA school.

Dozens of other events and actions will be carried out by General Secretariat of Palestinian in Europe Conference. The events will commemorate the 1st anniversary of Gaza war as well as all Palestinian victims.