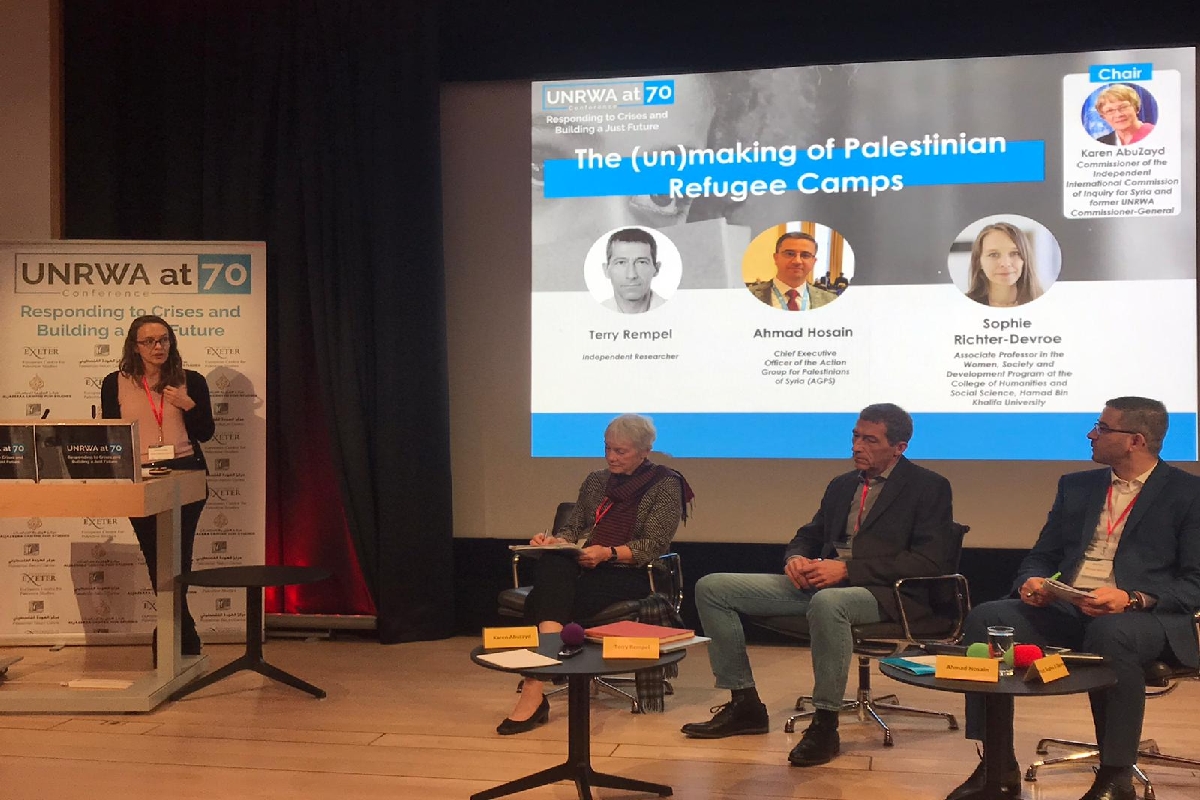 Associate Professor in the Women, Society and Development Program at the College of Humanities and Social Science at Hamad Bin Khalifa University, Sophie Richter-Devroe, delivered a presentation on how young Palestinian refugees challenge the notion of state and homeland according to their own perception as refugees.

She said that in the minds of young Palestinian refugees, the camps are seen as spaces to be attached to, as their home, not as a place to be erased once the occupation ends.

Independent researcher Terry Rempel tackled the policies of elimination and displacement against Palestinians implemented by the Israeli occupation to deny Palestinians’ the right to return to homes and places of origin.

Rempel said the 1960 stamp stands as a metaphor for the situation of Palestine refugees throughout history.

Ahmad Hosain, Chief Executive Officer of the Action Group for Palestinians of Syria and PRC’s Media Chief, discussed the situation in Palestinian refugee camps and communities in war-torn Syria and the pace of UNRWA’s operations both before and after the conflict.

Mr. Hosain also provided updated statistics about the number of victims and the serious human rights violations committed against the Palestine refugee community across the Syrian territories.

He further gave a set of recommendations, including the need to for UNRWA to expand its geographical map to include registered Palestine refugees in Turkey, Egypt, and other destinations. 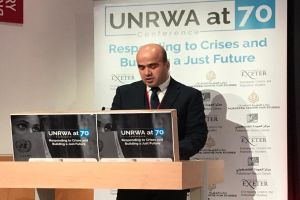