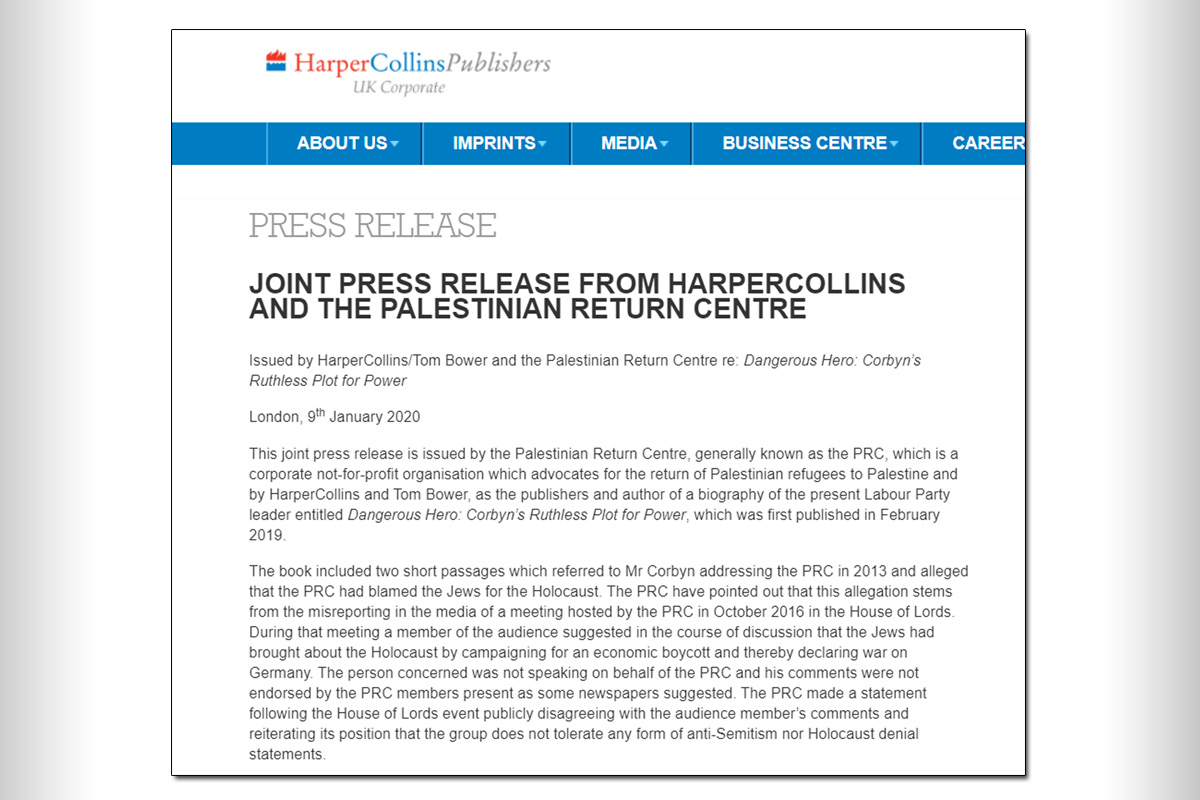 Tom Bower and HarperCollins have withdrawn their false allegation that the PRC had blamed the Jewish people for the Holocaust, which appeared in the hardback version of Mr Bower’s biography of Jeremy Corbyn. In a joint press release with PRC, Mr Bower and the publisher have expressed their regret and acknowledged that the allegation should never have been made.