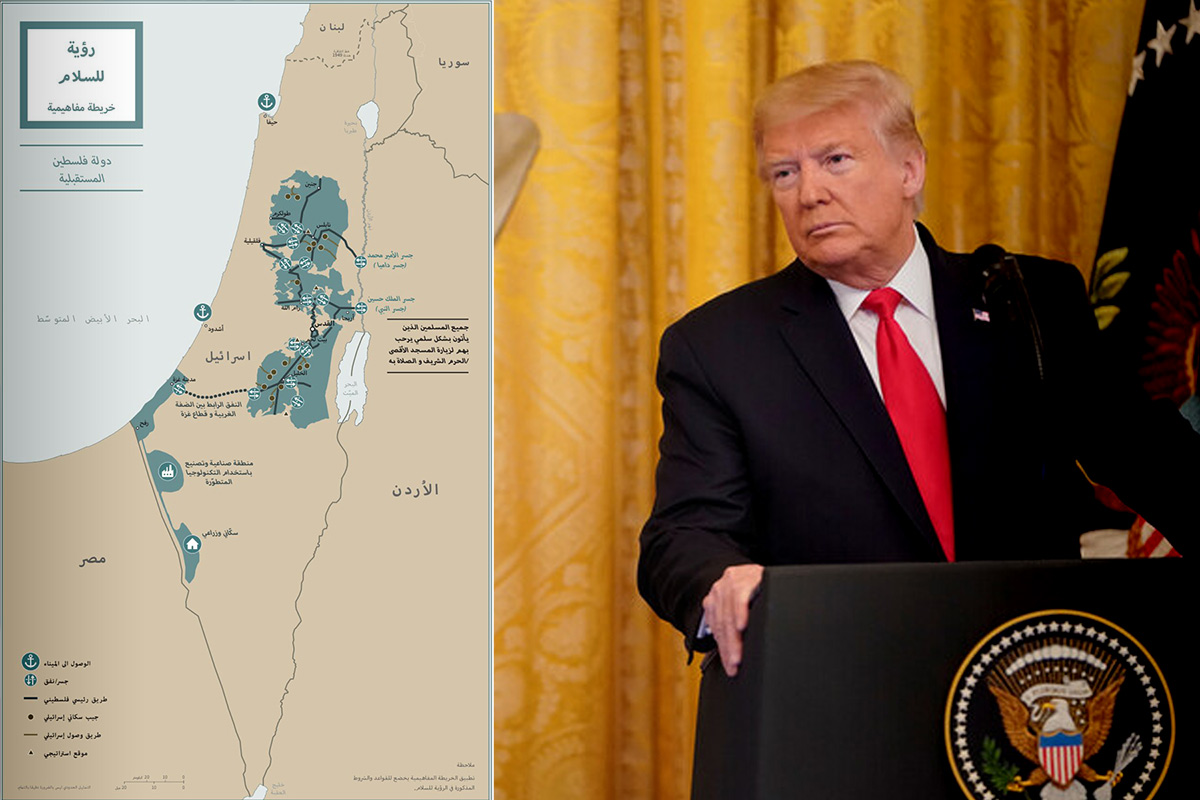 The Palestinian Return Centre strongly rejects and condemns the imperialist United States and its 'Peace to Prosperity' initiative, which clearly is an endorsement of Israeli apartheid, military occupation and settler colonialism.

The PRC also condemns in the strongest terms the UK Government and Foreign Secretary Dominic Raab's welcoming of the proposal. The US proposal, specifically its conferring of Israeli sovereignty over parts of the Occupied West Bank, goes against the UK government's official position of support to a 'two-state solution' based on the 1967 borders and its supposed rejection of annexation.

The US proposal does not meet any of the Palestinian minimum demands on core issues such as borders, Jerusalem and refugees. In fact, the absence of any Palestinian representation being officially consulted in the drafting of the proposal shows that it was not meant to address the Palestinians' longstanding needs. Rather it is an attempt to further subjugate Palestinian aspirations and strengthen Israel's hand internationally.

The proposal explicitly states that there will be no right of return to their lands and territories, but only a limited and conditional return of refugees to areas controlled by the Palestinian Authority. It states that Palestinians who have resettled to other countries are not entitled to their right of return or to any compensation. We reiterate that Palestinian refugees have the right to return to their lands, homes and properties.

The PRC rejects the proposal's compensation framework, and the creation of a 'Palestinian Refugee Trust' administered by a US trustee. The plan also does not guarantee any form of freedom of movement as it confers to Israel total control based on its "security needs".

We call on UK politicians to condemn the UK government's support for this US plan, which is an endorsement of Israeli annexation of the Occupied West Bank and an entrenchment of an apartheid system.

We call on civil society, the UN and activists to loudly reject the US attempts to further attack the rights of Palestinian refugees with these proposals that will only benefit Israel's colonial project.

The PRC will be launching a global campaign to show Palestinian's rejection of the plans to annul their right of return.