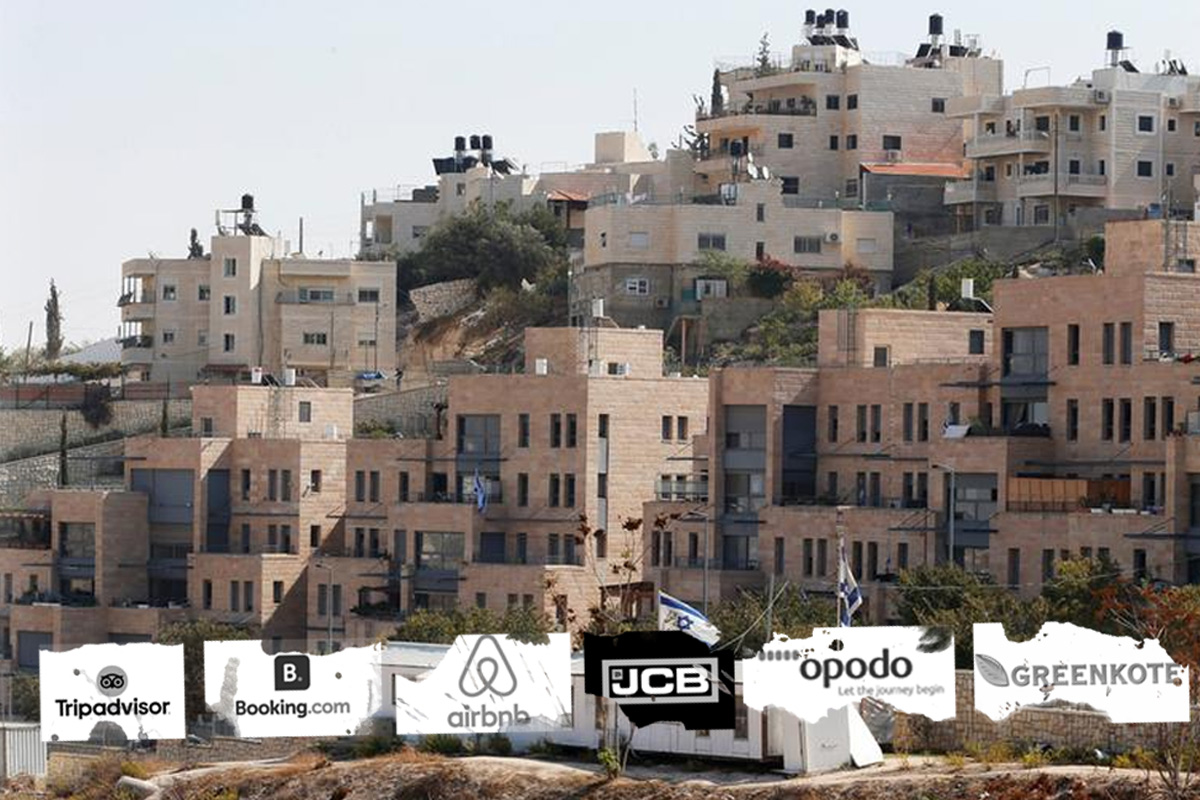 After three years the OHCHR has released its report with the database of businesses involved in activities that support Israel’s settlement project in the Occupied West Bank. We welcome this overdue decision, which is a blow and a defeat for Israel and the US as they sought to pressure and bully the UN into not respecting the mandate given by UN HRC resolution 31/36.

The report identified that 112 of the 188 business enterprises considered for inclusion in the database met the required standard of reasonable grounds to believe involvement in one or more of the listed activities. It is now time for these companies to be held to account for their violation of Palestinian rights, including through boycotts and divestment campaigns. See here the database in the UN report.

Notable companies to be included in the database are AirBnB, TripAdvisor and Booking.com which were profiting at the expense of Palestinians being displaced from their lands and prevented to return to them.

Three British companies have been named in the database: JC Bamford Excavators Ltd., (commonly known as JCB) Opodo Ltd. and Greenkote P.L.C. The British government should ensure that these companies end their involvement in Israeli settlements and should hold them accountable for their complicity in war crimes.

The report is to be updated annually, and although it is presently limited to only business companies, it is important that it continues to carry out its work and potentially consider including all companies complicit in Israel’s Apartheid system.

Short Link : http://bit.ly/2voRNii
Next Article
Parliamentary Event: The US ‘Peace Plan’ and its impact on Palestinian refugees
Previous Article
PRC Statement on the US 'Peace Plan' and the Attack on Palestinian Refugees
Most Views
Related Posts